No prominent European socialist before World War I resembled Lenin more closely than Benito Mussolini. Like Lenin, he headed the antirevisionist wing of the country's Socialist Party; like him, he believed that the worker was not by nature a revolutionary and had to be prodded to radical action by an intellectual elite. 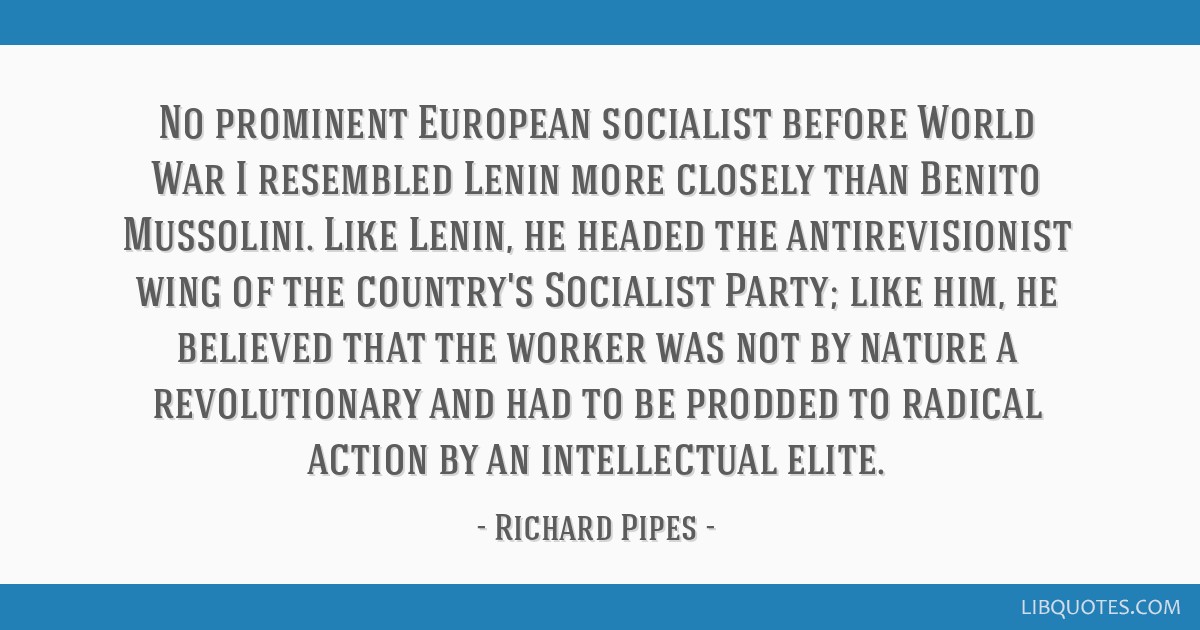 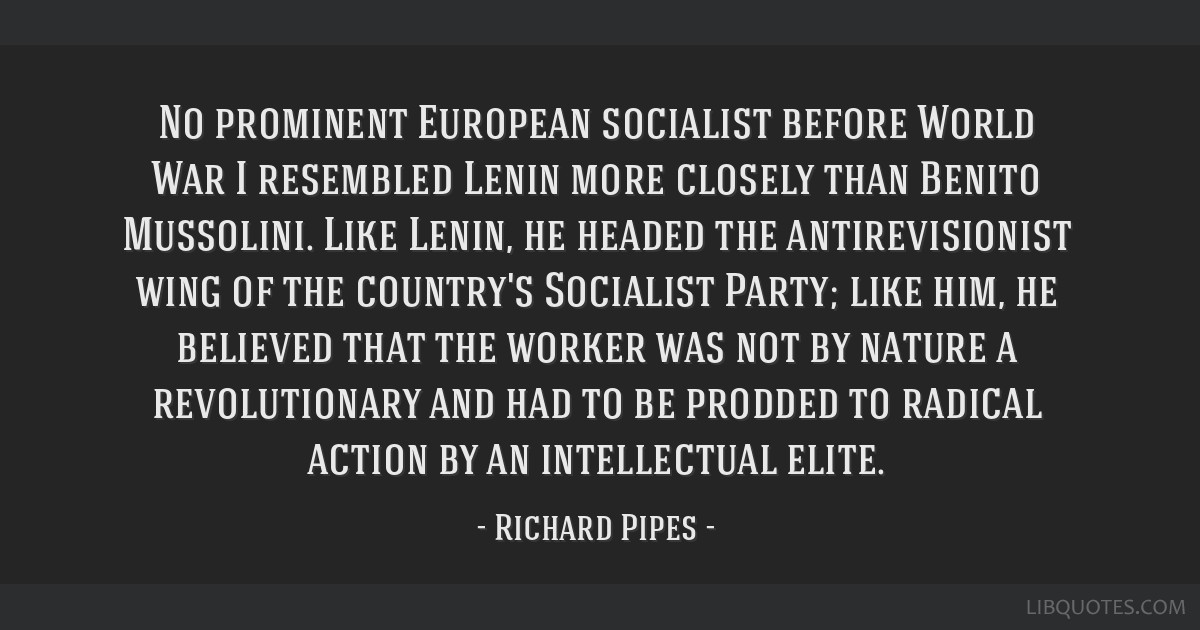 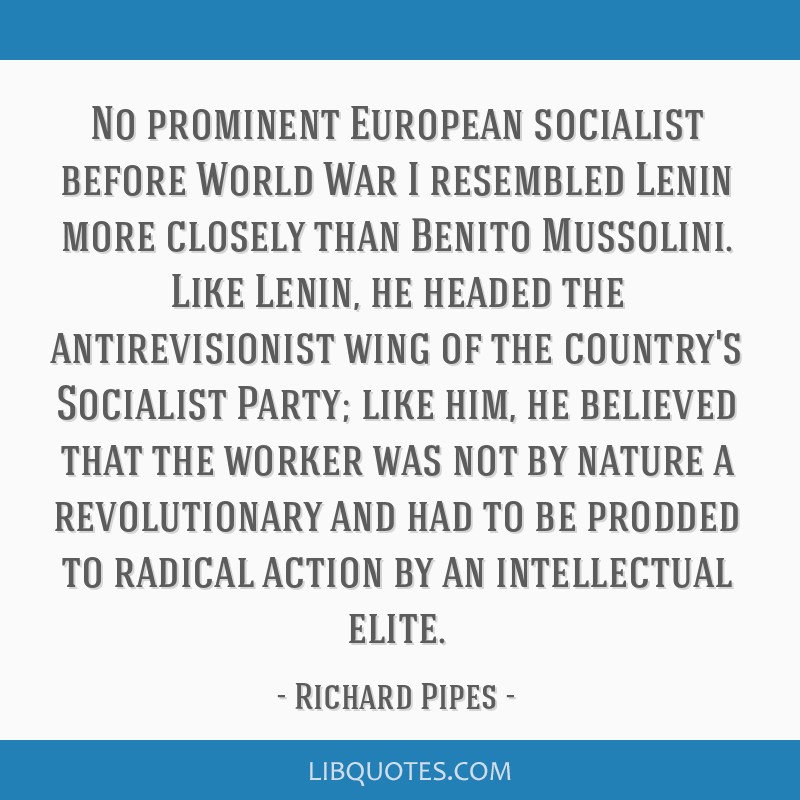 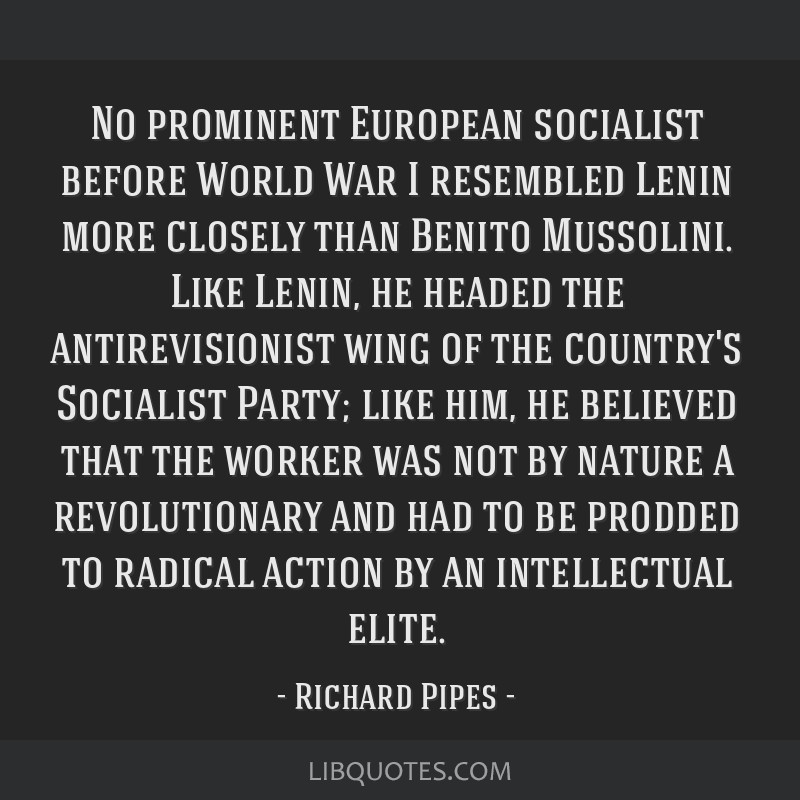