The Soviet Union began by banishing God. The United States began as a community of people who wanted to worship God as they chose... Man does not live by bread alone. Those in the United States whose desire to create a strictly secular society is as strong as Lenin's was should study this Cold War lesson closely. Communism was defeated by an alliance spearheaded by 'one nation under God.' 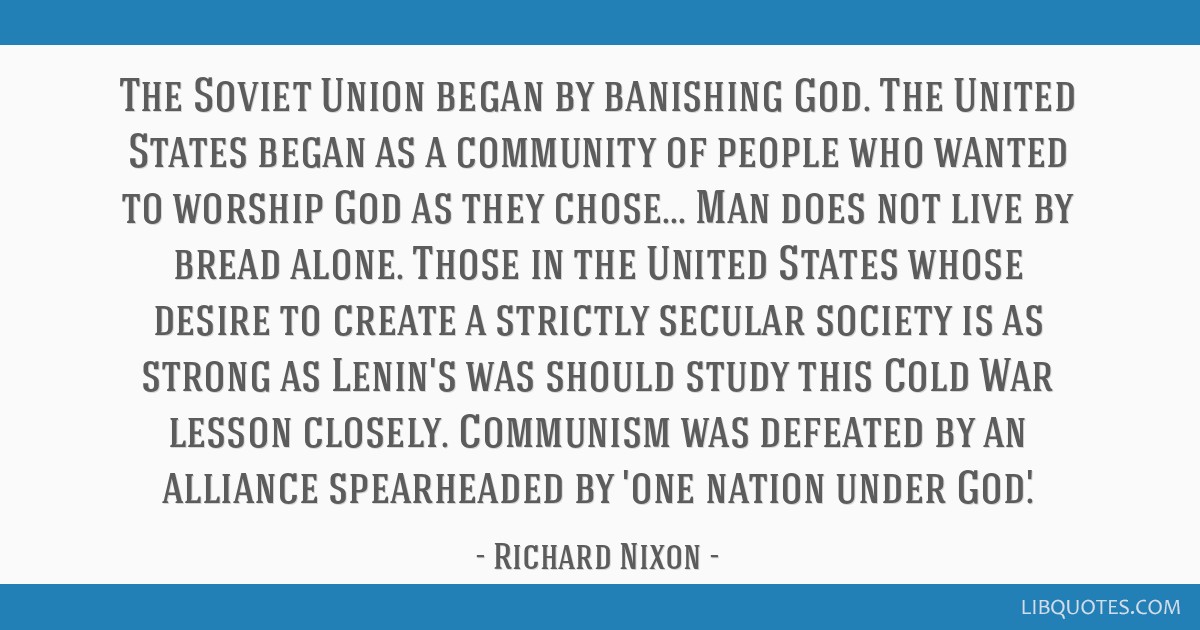 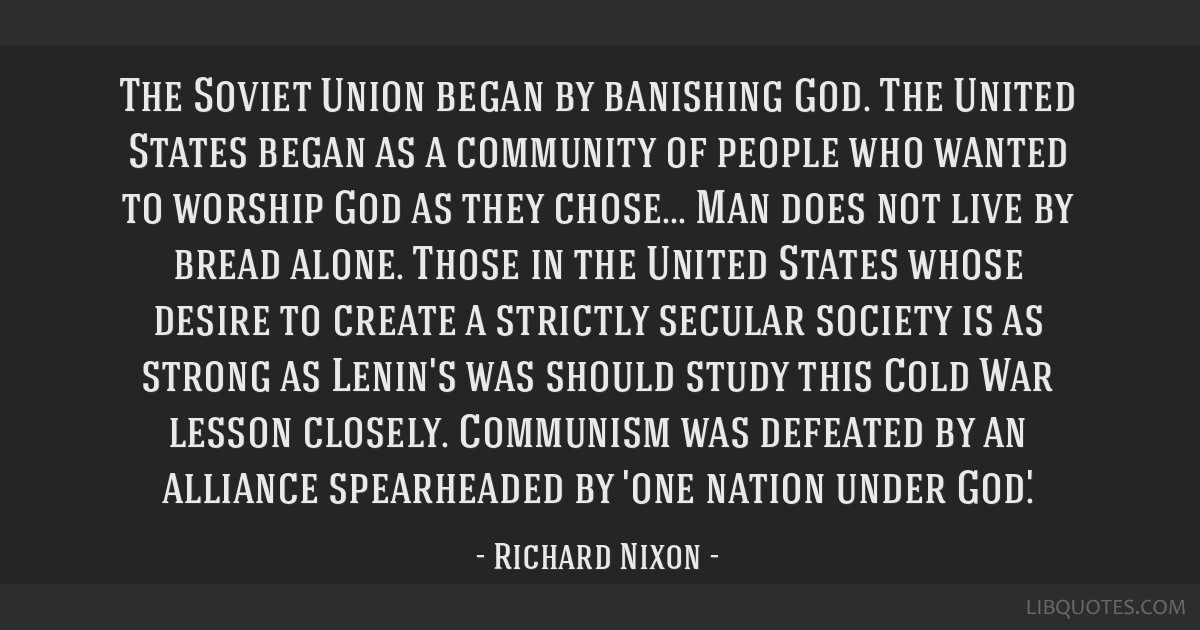 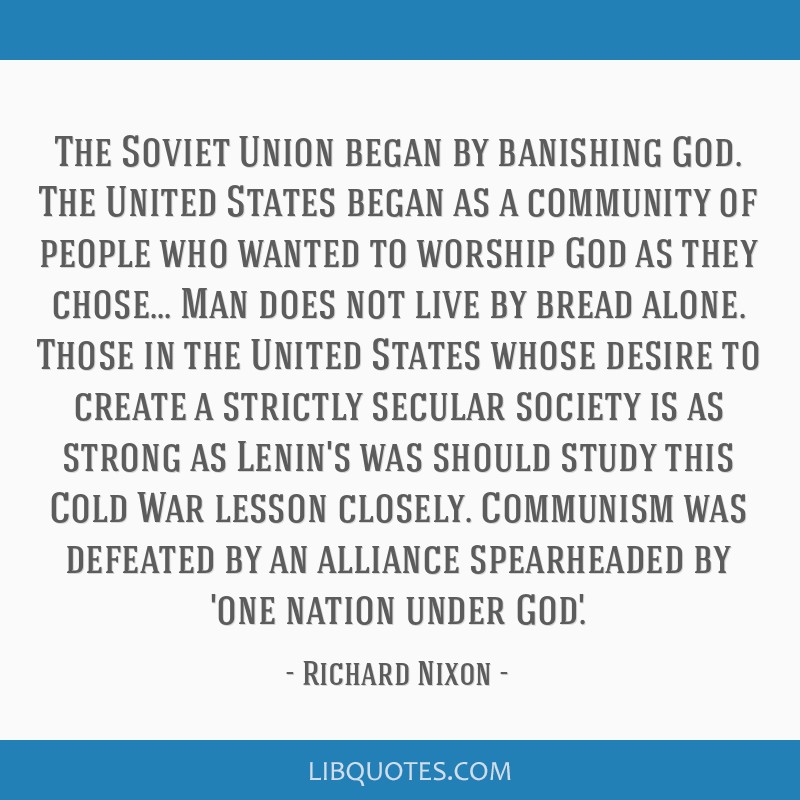 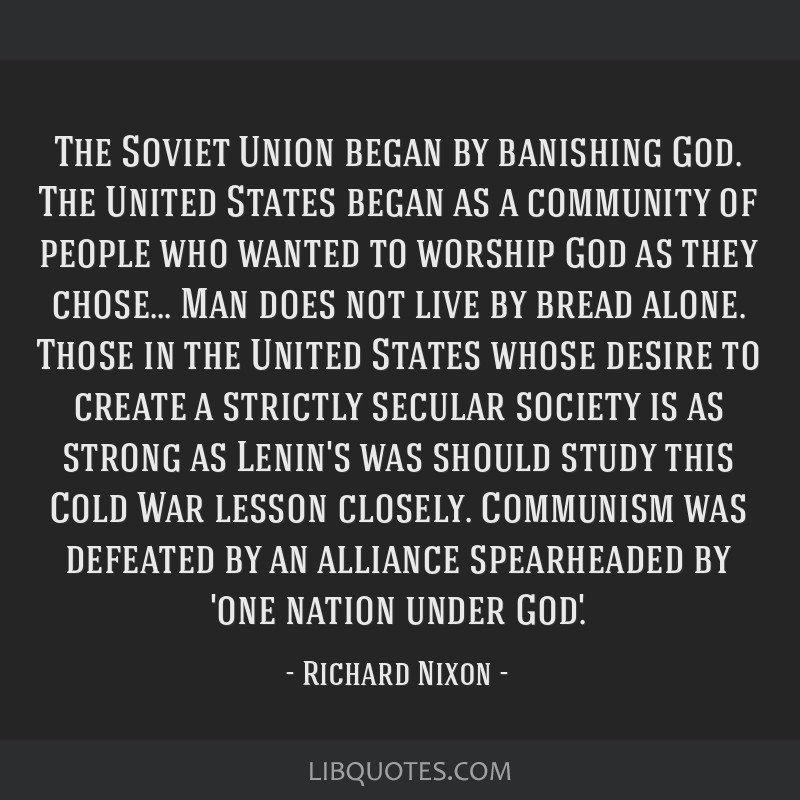