I just wonder what it would be like to be reincarnated in an animal whose species had been so reduced in numbers than it was in danger of extinction. What would be its feelings toward the human species whose population explosion had denied it somewhere to exist... I must confess that I am tempted to ask for reincarnation as a particularly deadly virus. 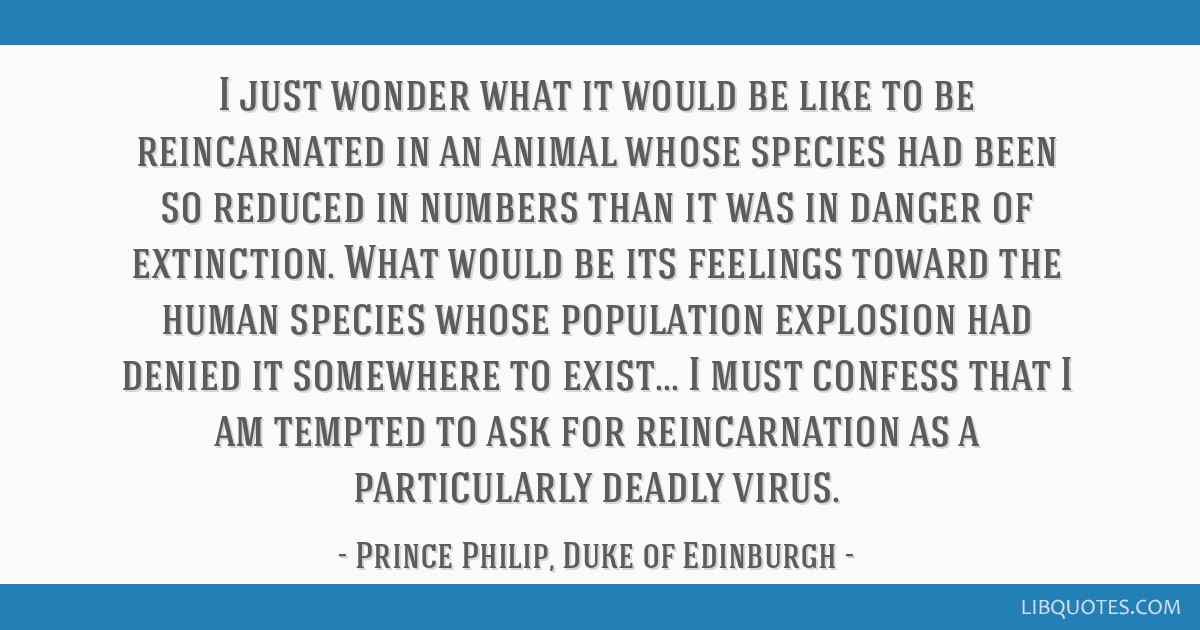 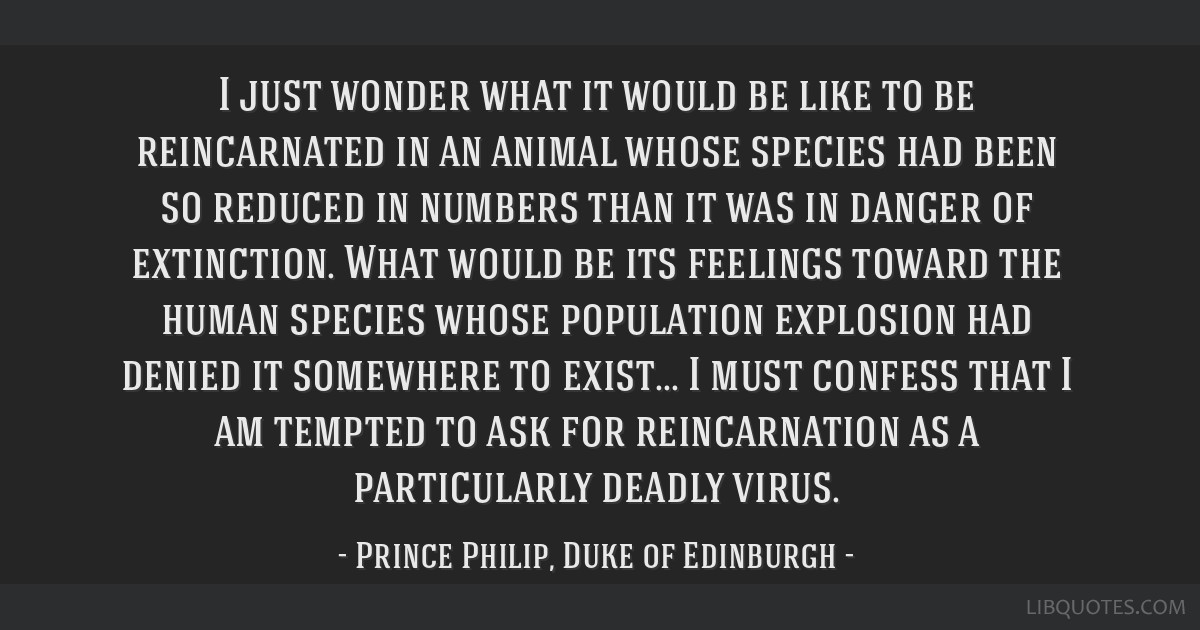 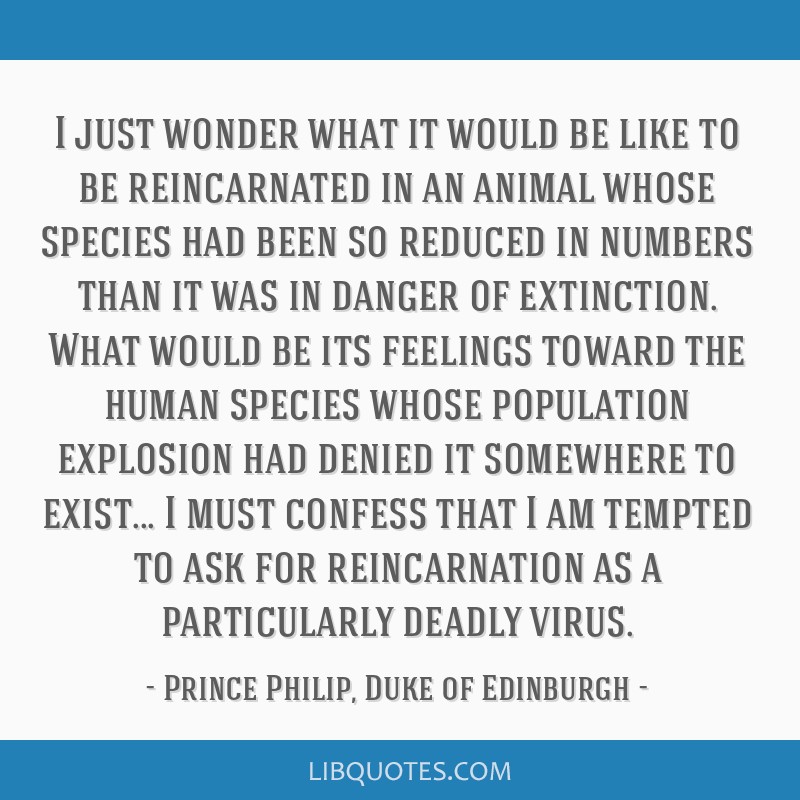 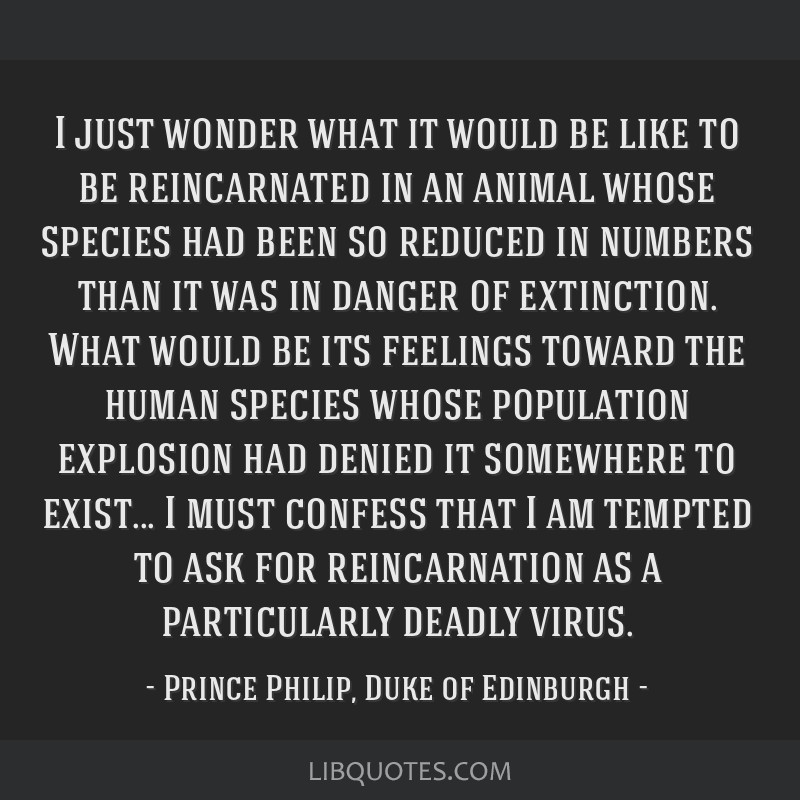