One single Anne Frank moves us more than the countless others who suffered just as she did, but whose faces have remained in the shadows. Perhaps it is better that way: If we were capable of taking in the suffering of all those people, we would not be able to live.

Variant translation: A single Anne Frank arouses more emotion than the myriad others who suffered like her but whose images have remained in the shadows. Maybe things are this way out of necessity; if we had to and could suffer the suffering of everybody, we would be unable to live
Primo Levi 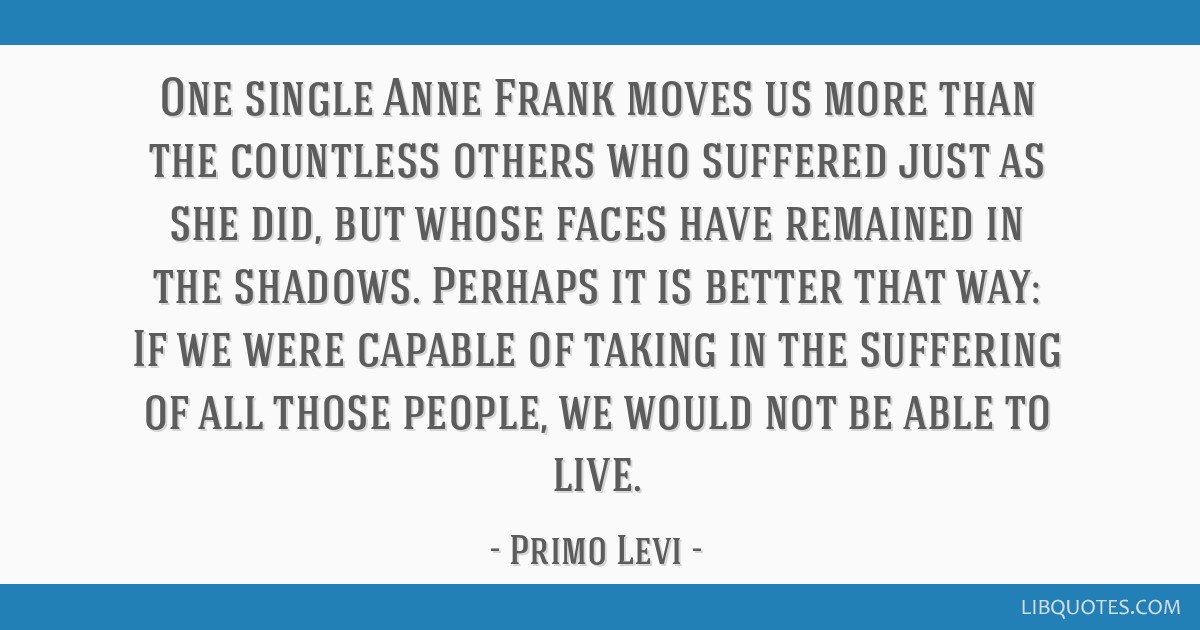 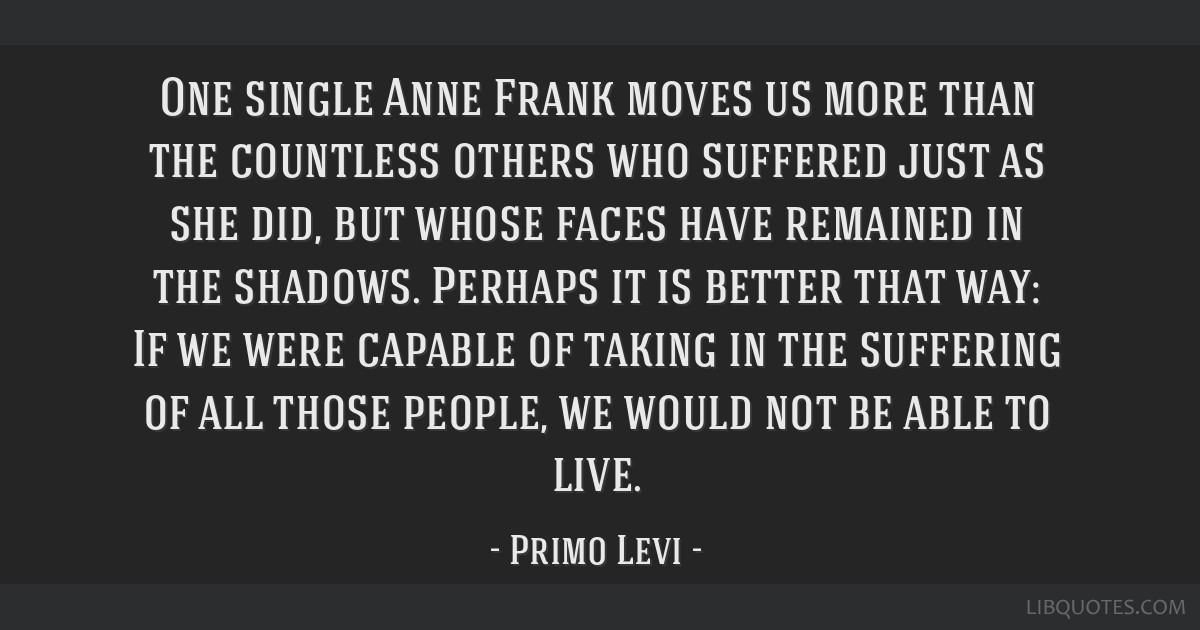 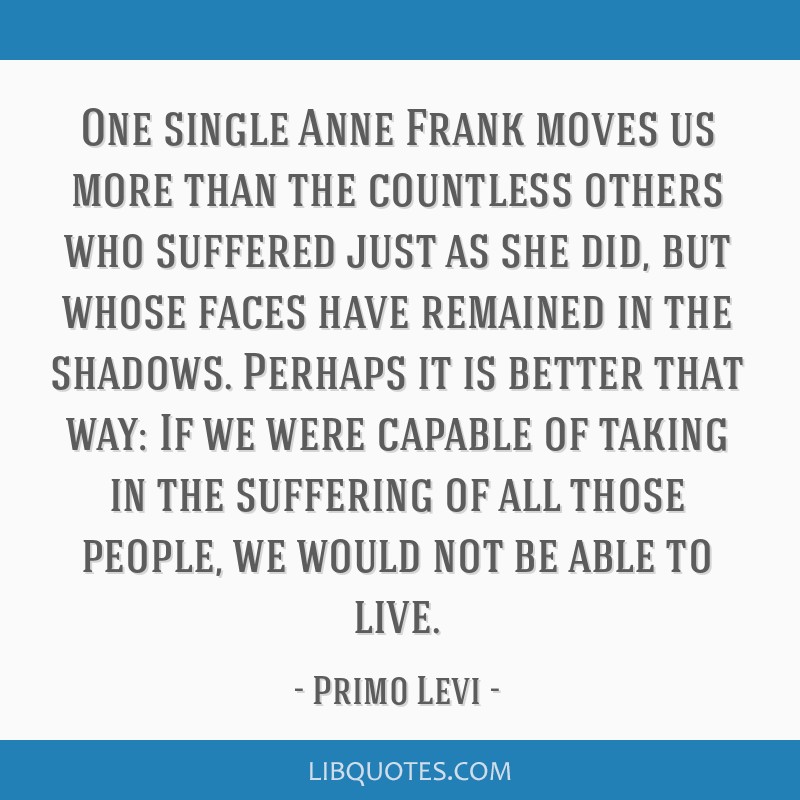 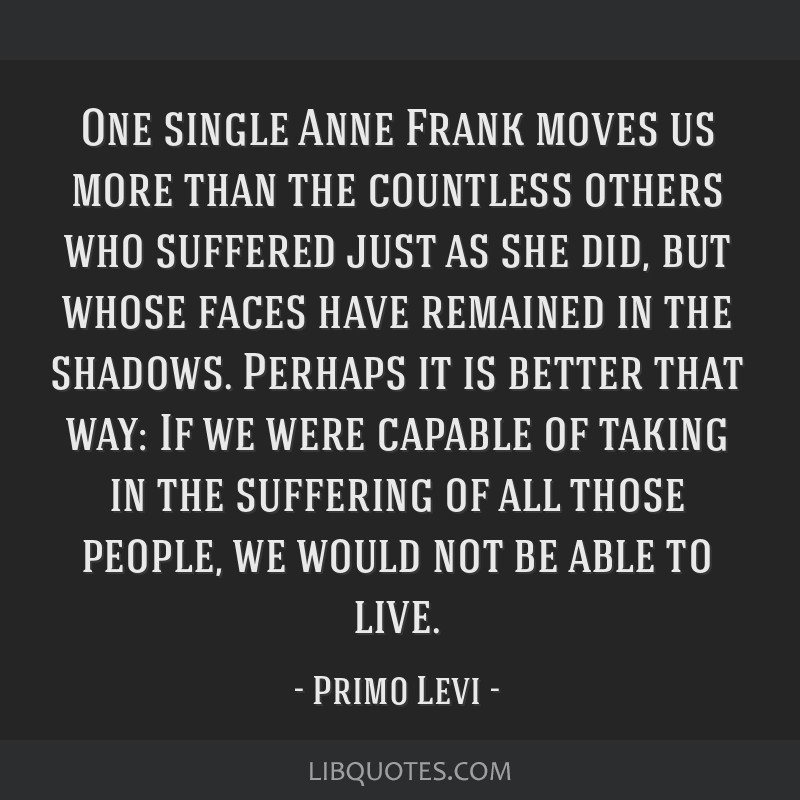