Most observers of the French Revolution, especially the clever and noble ones, have explained it as a life-threatening and contagious illness. They have remained standing with the symptoms and have interpreted these in manifold and contrary ways. Some have regarded it as a merely local ill. The most ingenious opponents have pressed for castration. They well noticed that this alleged illness is nothing other than the crisis of beginning puberty. 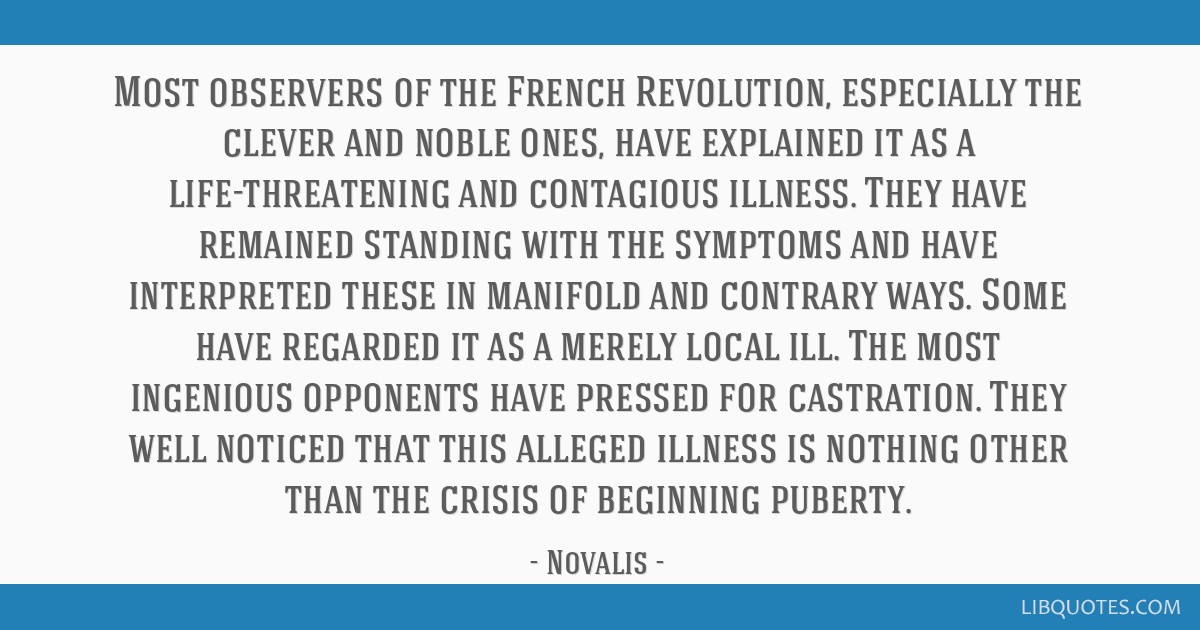 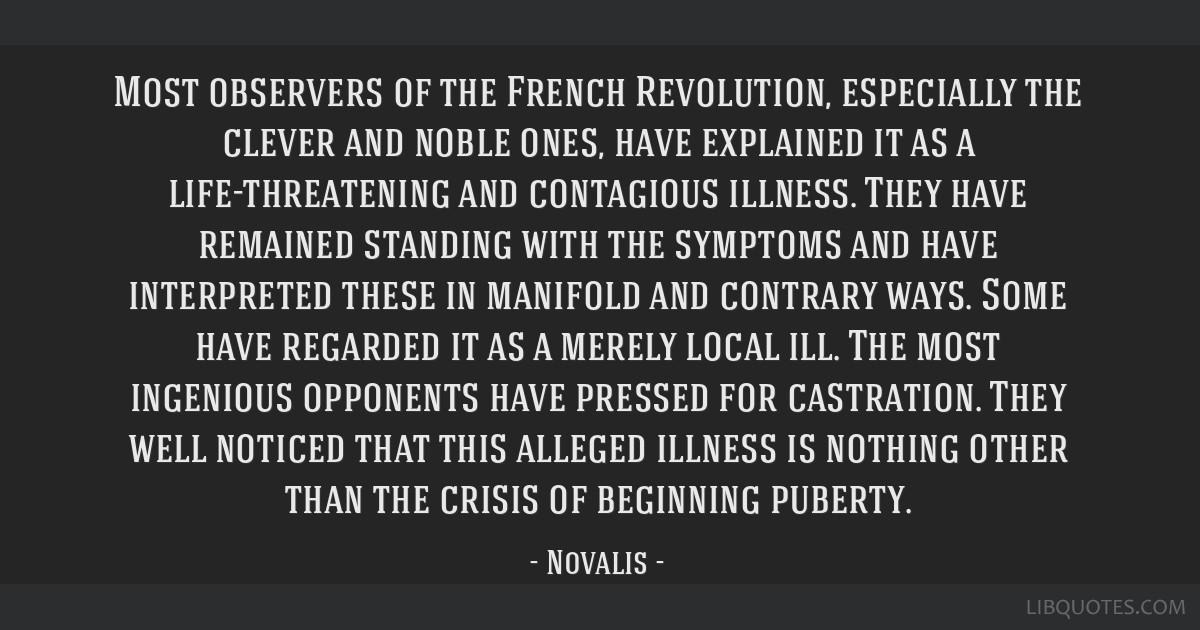 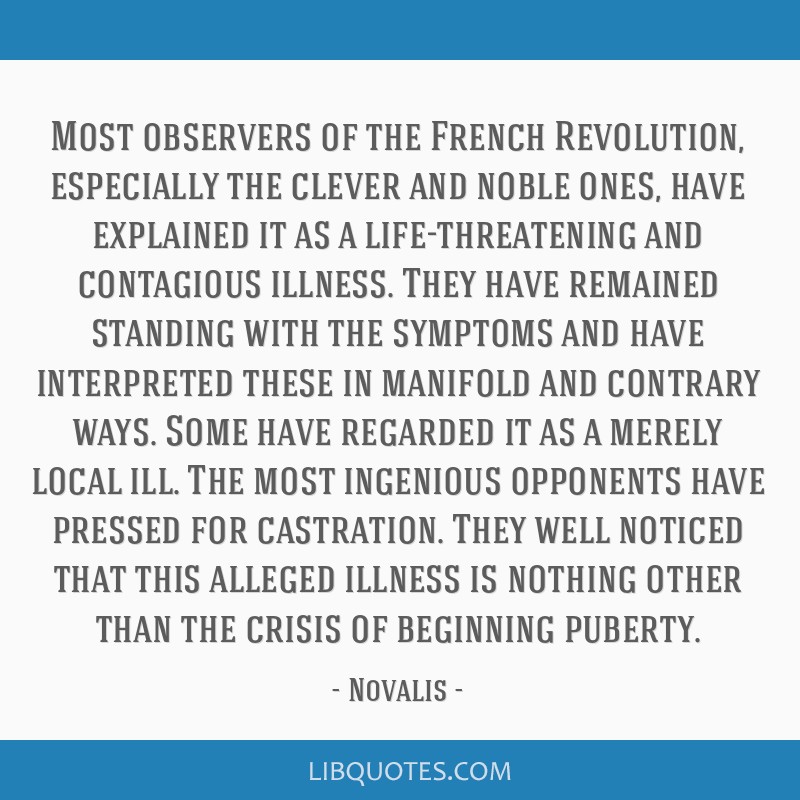 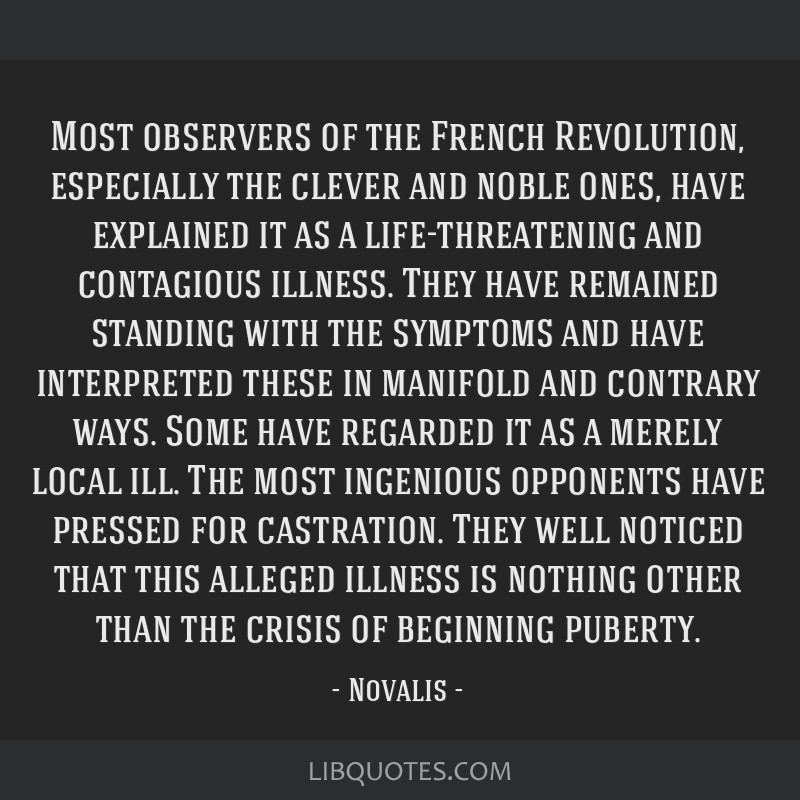 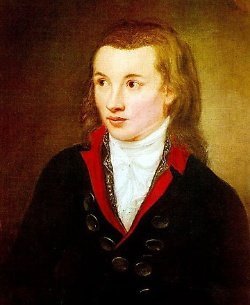