If the truth contradicts deeply held beliefs, that is too bad.

Hans Eysenck
Scientists, especially when they leave the particular field in which they have specialized, are just as ordinary, pigheaded and unreasonable as anybody else.

Hans Eysenck
They show that roughly two-thirds of a group of neurotic patients will recover or improve to a marked extent within about two years of the onset of their illness, whether they are treated by means of psychotherapy or not.

Hans Eysenck
There thus appears to be an inverse correlation between recovery and psychotherapy; the more psychotherapy, the smaller the recovery rate. 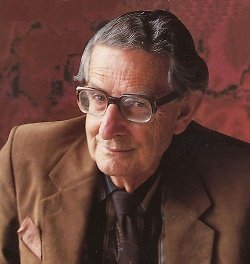 Creative Commons
Born: March 4, 1916
Died: September 4, 1997 (aged 81)
Bio: Hans Jürgen Eysenck, PhD, DSc was a German-born psychologist who spent his professional career in Great Britain. He is best remembered for his work on intelligence and personality, though he worked in a wide range of areas within psychology.
Known for: