Yes! We affirm it and we shall proclaim it from the mountaintops, that all people – be they black or white, be they brown or yellow, be they rich or poor, be they wise or fools, are created in the image of the Creator and are his children! Those who dare to cast out from the human family people of a darker hue with their racism! Those who exclude from the sight of God's grace, people who profess another faith with their religious intolerance! Those who wish to keep their fellow countrymen away from God's bounty with forced removals! Those who have driven away from the altar of God people whom He has chosen to make different, commit an ugly sin! The sin called Apartheid. 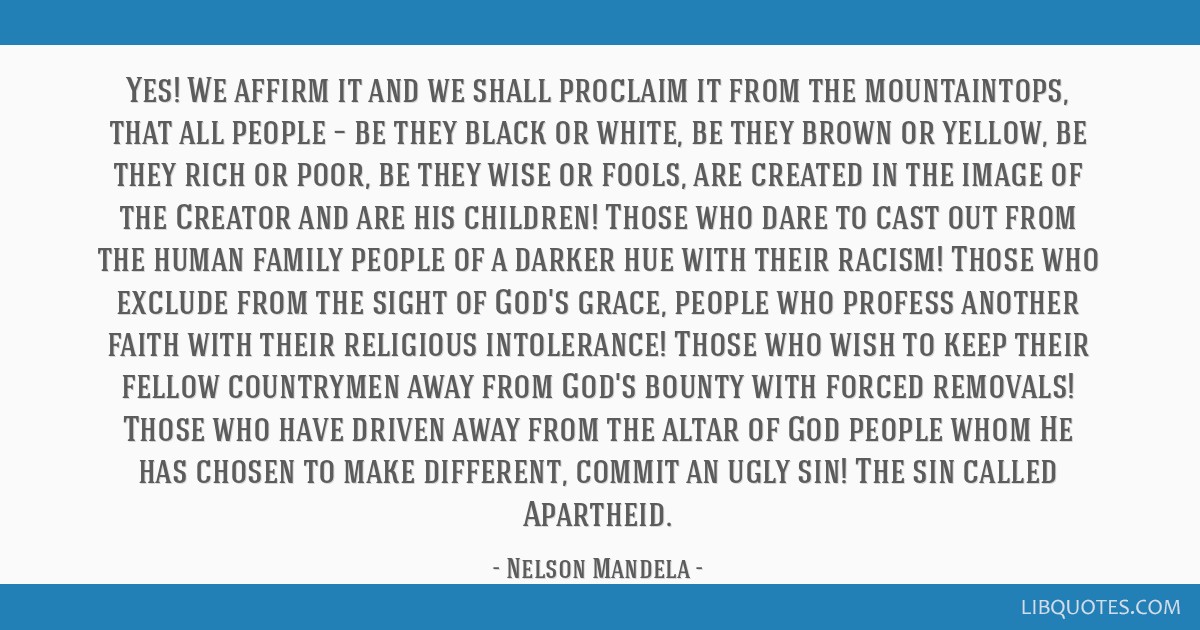 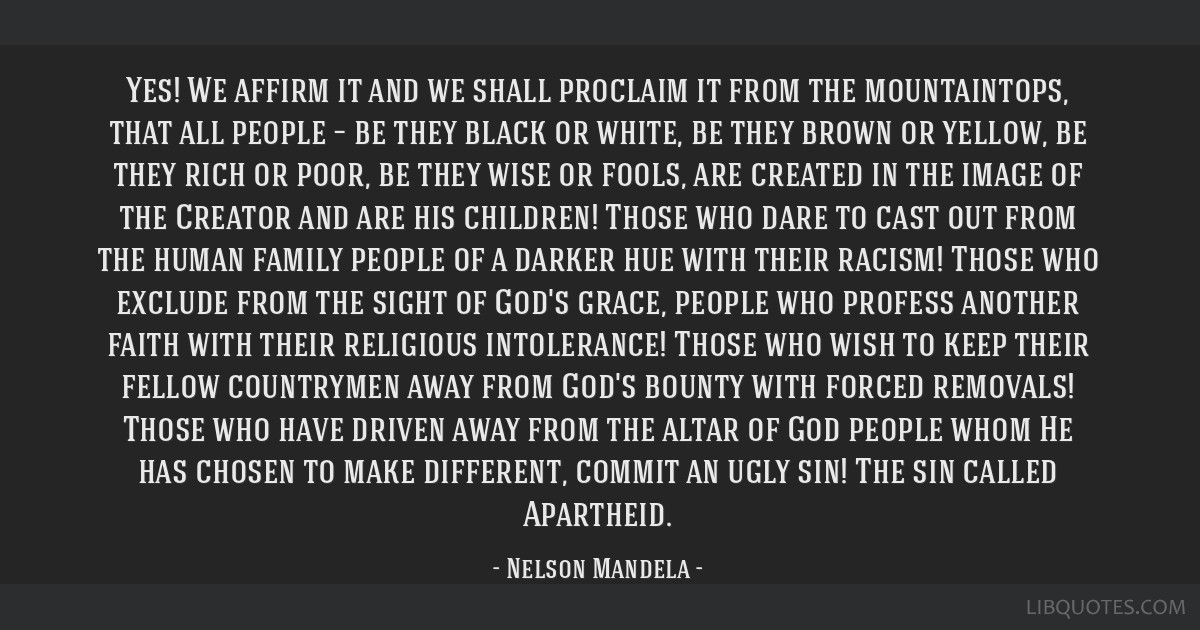 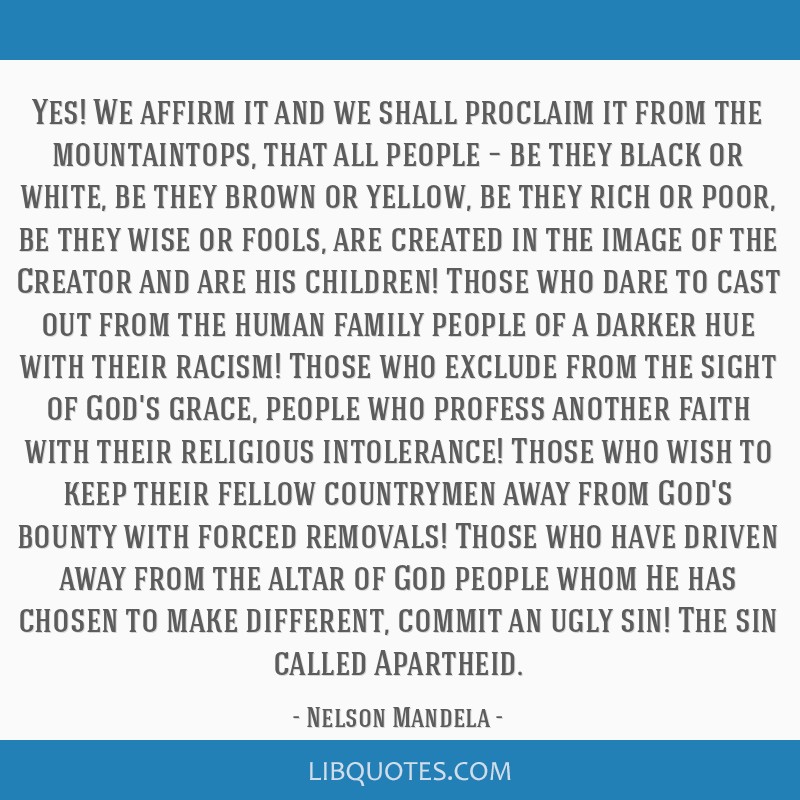 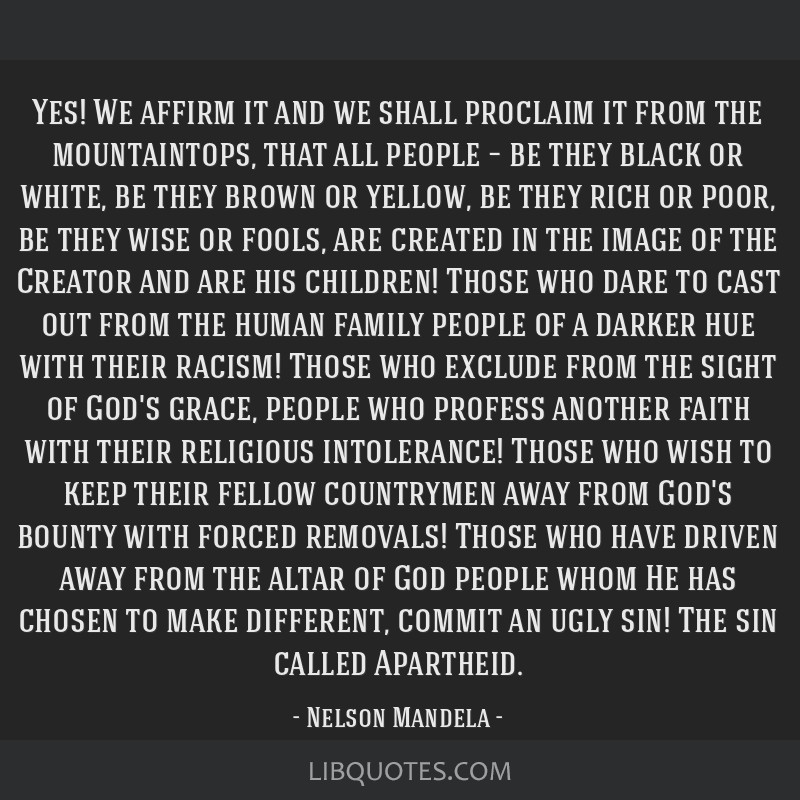