Among the more irritating consequences of our flagrantly religious society is the special dispensation that mainstream religions receive. We all may talk about religion as a powerful social force, but unlike other similarly powerful institutions, religion is not to be questioned, criticized or mocked. 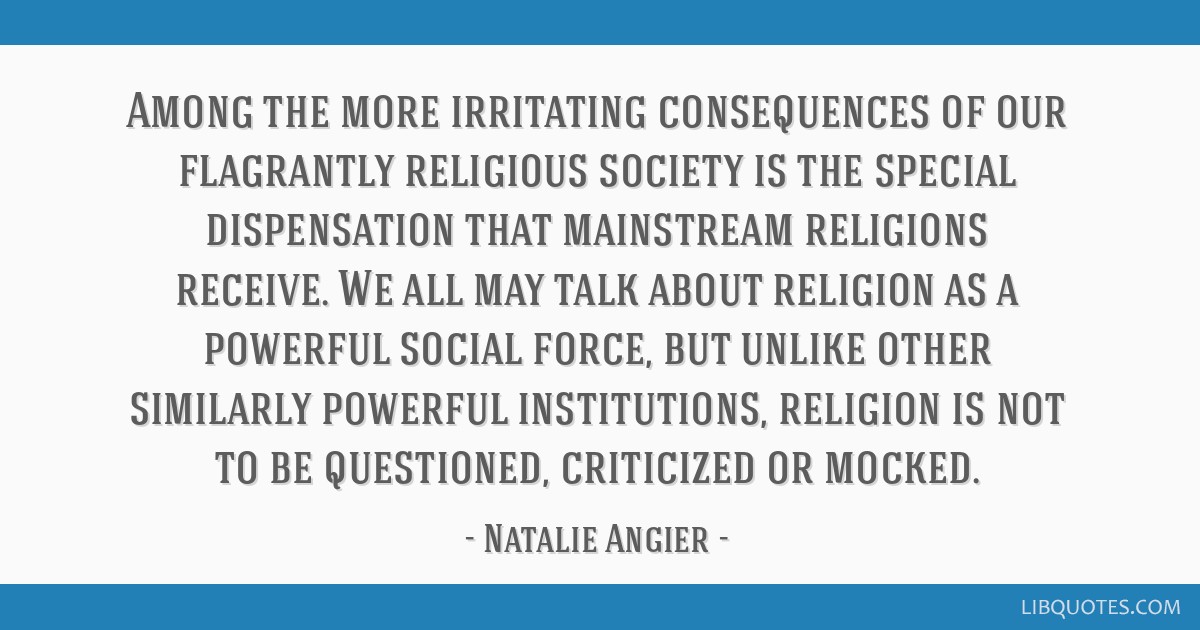 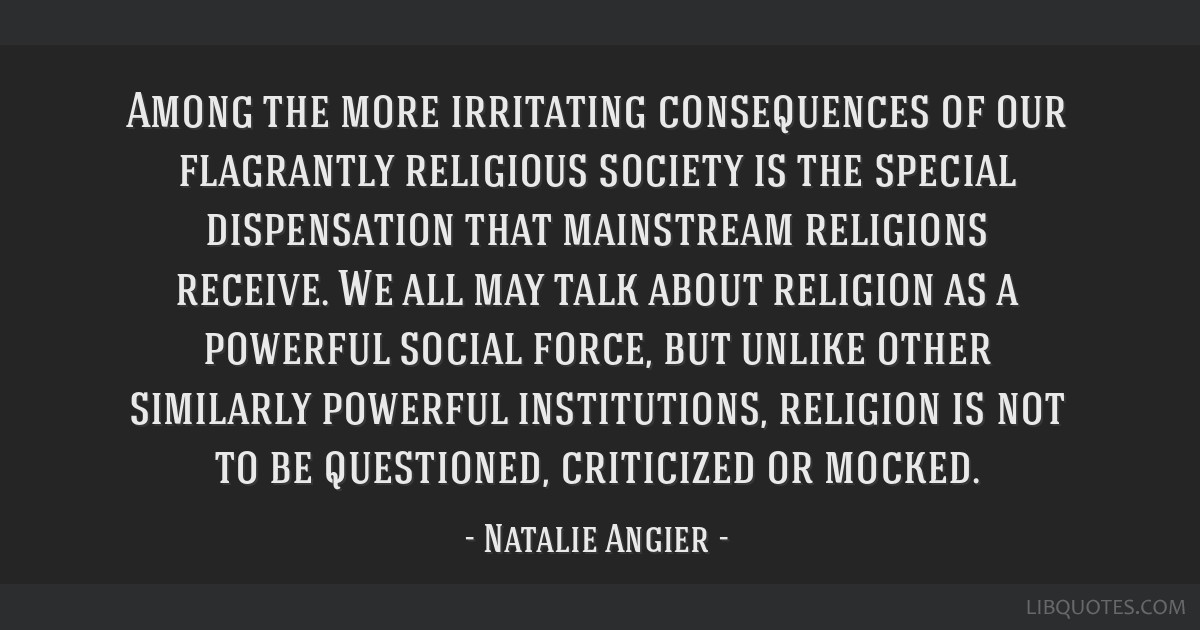 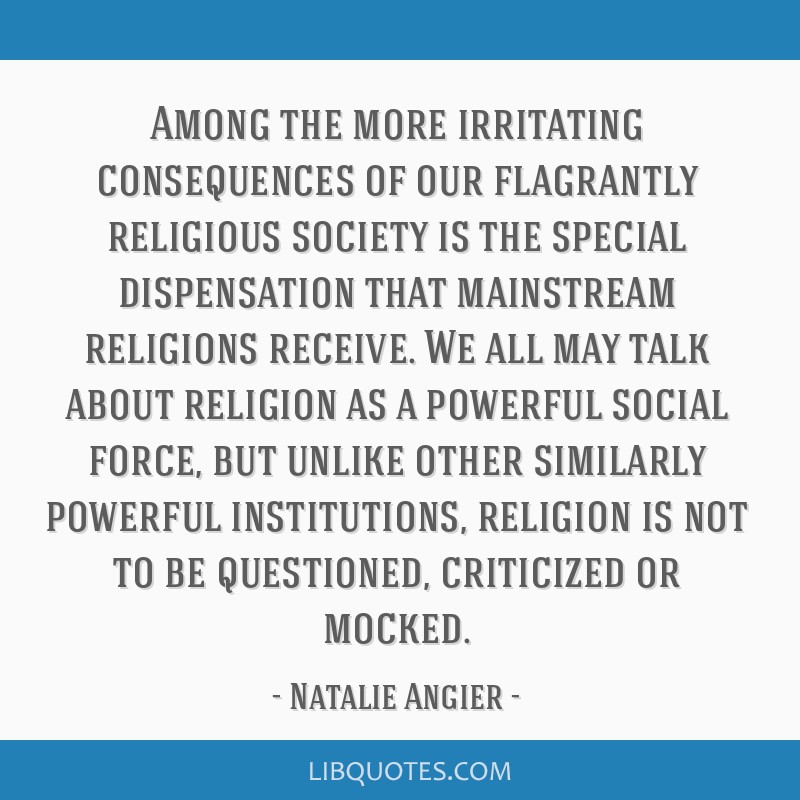 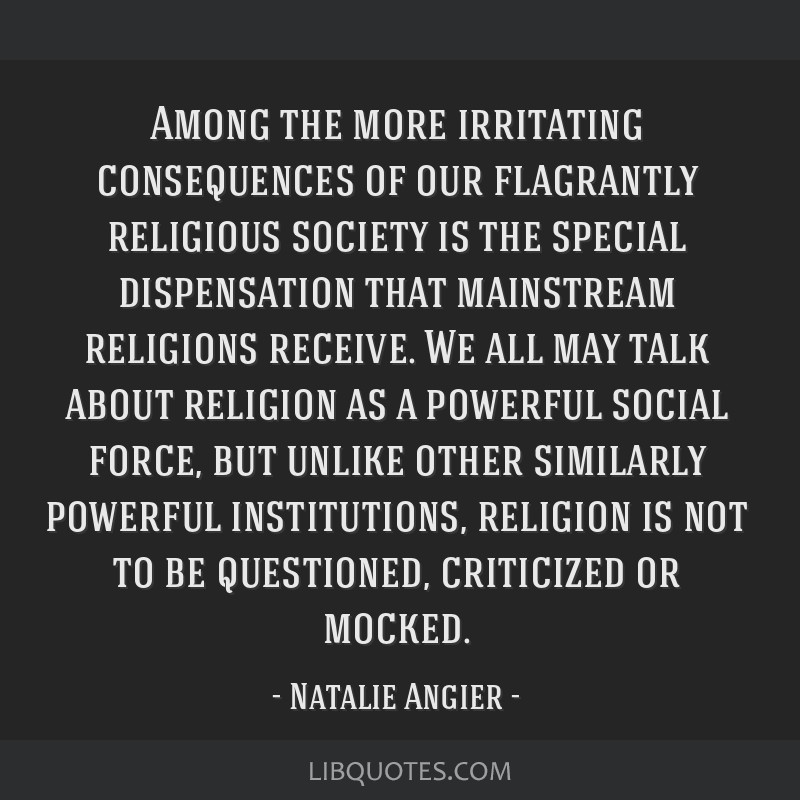