Abu Huraira reported that Allah's Messenger (may peace be upon him) said: A group of Bani Isra'il was lost. I do not know what happened to it, but I think (that it 'underwent a process of metamorphosis) and assumed the shape of rats. Don't you see when the milk of the camel is placed before them, these do not drink and when the milk of goat is placed before them, these do drink. Abu Huraira said: I narrated this very hadith to Ka'b and he said: Did you hear this from Allah's Messenger (may peace be upon him)? I (Abu Huraira) said: Yes. He said this again and again, and I said: Have I read Torah? This hadith has been transmitted on the authority of Ishaq with a slight variation of wording. 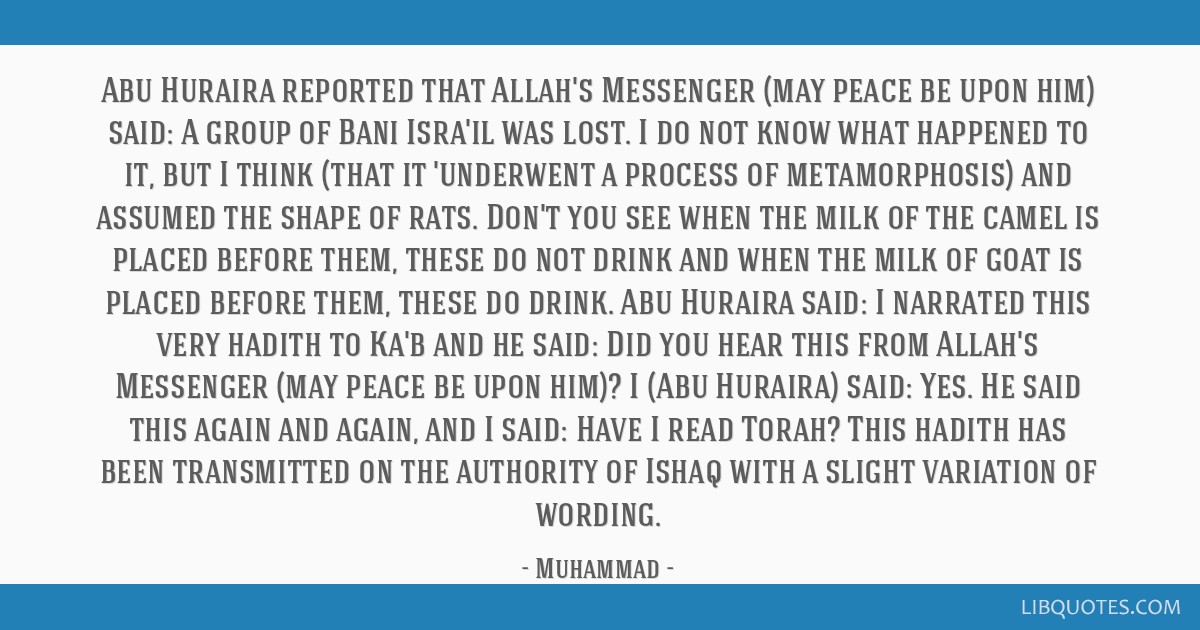 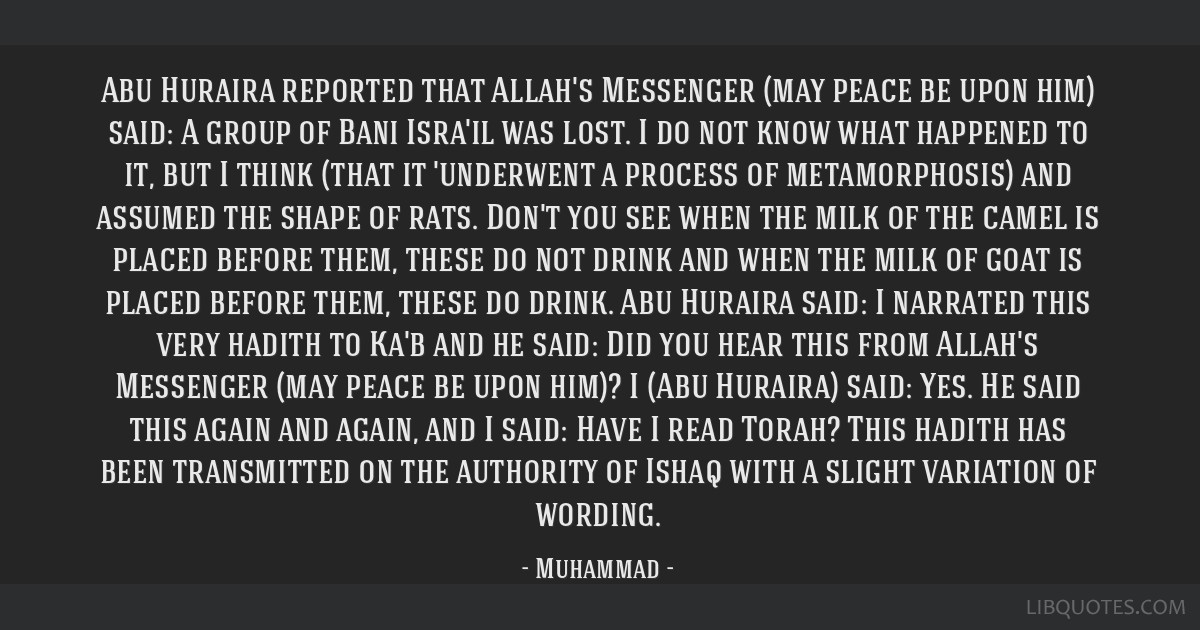 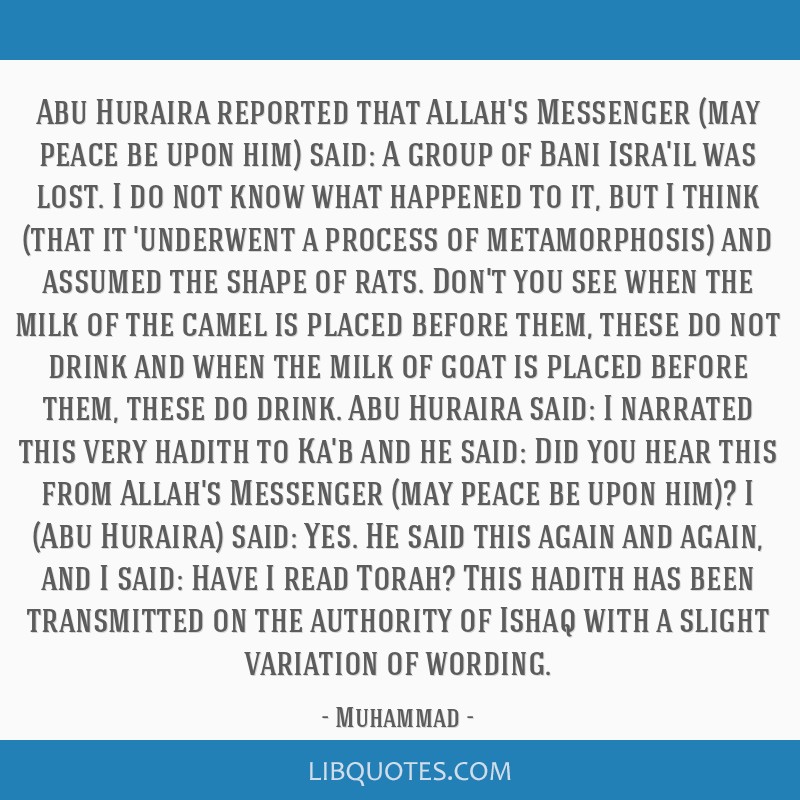 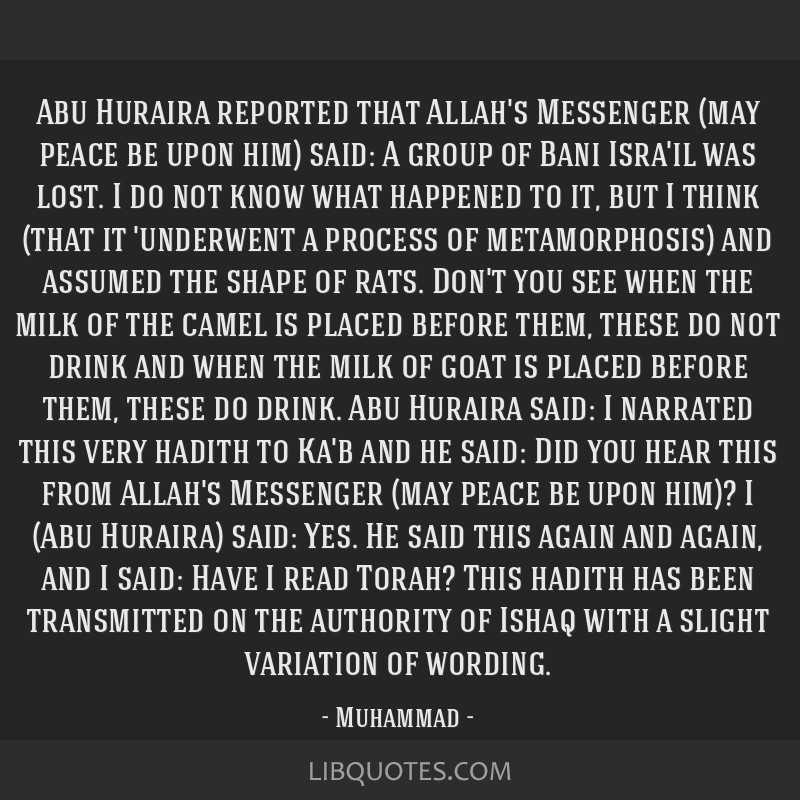