You know, I never planned to leave. I was not extremely patriotic about Mother Russia. You know, I played their game, pretending, of course. You have to deal with, you know, party people, KGB... Horrifying.

Mikhail Baryshnikov
You ask me what's happened in my life, why and how I did this and that. And I think and tell, but it's never true story, because everything is so much more complicated, and also I can't even remember how things happened. Whole process is boring. Also false, but mostly boring.

Mikhail Baryshnikov
Children being left, it's not always like books of Charles Dickens. When you lose your parents in childhood, it's a fact of life, and, you know, human beings are extraordinary powerful survivors. My mother commit suicide. I was lucky it was not in front of me. O. K.? Which is truth, and Father was confused, and we never had any relationship, serious relationship. I never knew my father, in a way. But what? It's made me different? No, I mean. I blame for every fuckups in my life my parents? No. [Pause] I got lucky. I fell in love with dance.

Mikhail Baryshnikov
The minute plane set down, the minute I stepped again on Latvian ground, I realized this was never my home. My heart didn't even skip one beat.

Mikhail Baryshnikov
There comes a moment in a young artist's life when he knows he has to bring something to the stage from within himself. He has to put in something in order to be able to take something out. Many performers are physically well trained but not morally disciplined and content onstage. They fall apart.

Mikhail Baryshnikov
I think I got disappointed over the years about New York, about the States. You know, sometimes you go and visit Europe and see good old socialism in its good part! You see public concern about art, and young people's participation and young faces in the audience. Then you arrive in the States and it is $150 to go to an opera. Ridiculous. We have so much young talent on the streets, but because everything is commercial they finally drift away from their dream of their life. 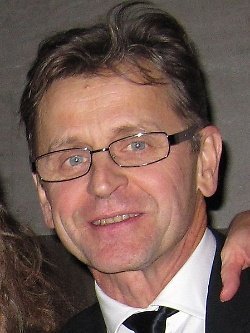 Creative Commons
Born: January 28, 1948 (age 74)
Bio: Mikhail Nikolayevich Baryshnikov, nicknamed "Misha", is a Russian-American dancer, choreographer, and actor born in the Soviet Union, often cited alongside Vaslav Nijinsky and Rudolf Nureyev as one of the greatest ballet dancers in history.
Known for: