How could one argue with a man who was always drawing lines and circles to explain the position; who, one day, drew a diagram [here Michael illustrated with pen and paper] saying 'take a point A, draw a straight line to point B, now three-fourths of the way up the line take a point C. The straight line AB is the road to the Republic; C is where we have got to along the road, we canot move any further along the straight road to our goal B; take a point out there, D [off the line AB]. Now if we bend the line a bit from C to D then we can bend it a little further, to another point E and if we can bend it to CE that will get us around Cathal Brugha which is what we want!' How could you talk to a man like that?

Referring to Eamon de Valera in conversation with Michael Hayes, at the debates over the Anglo-Irish Treaty in 1921 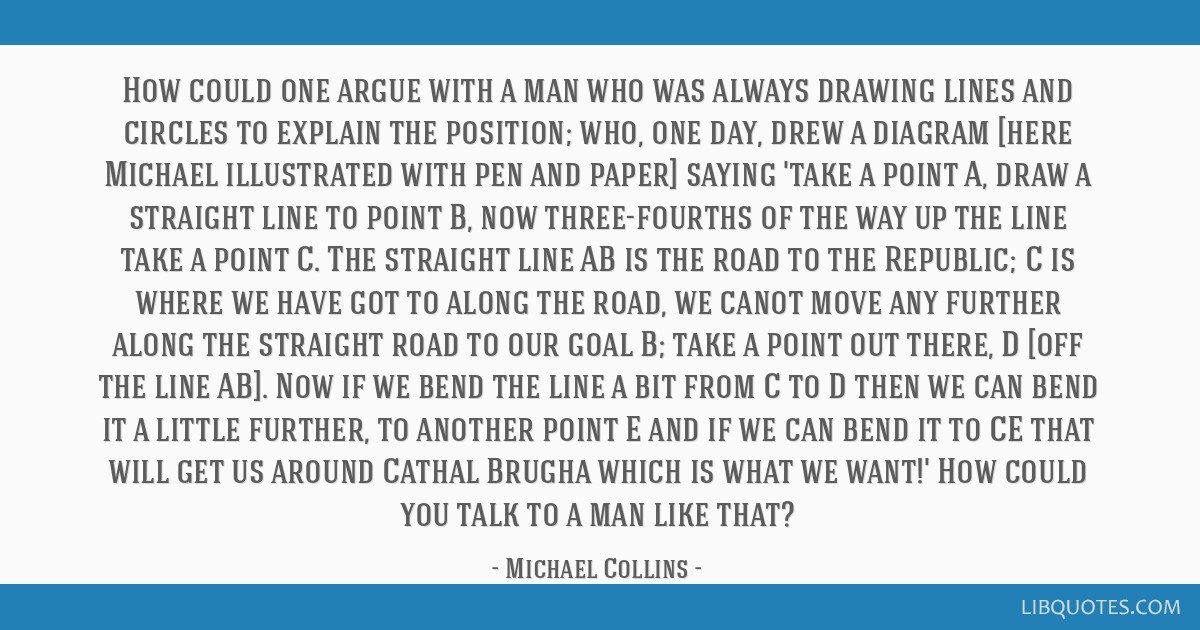 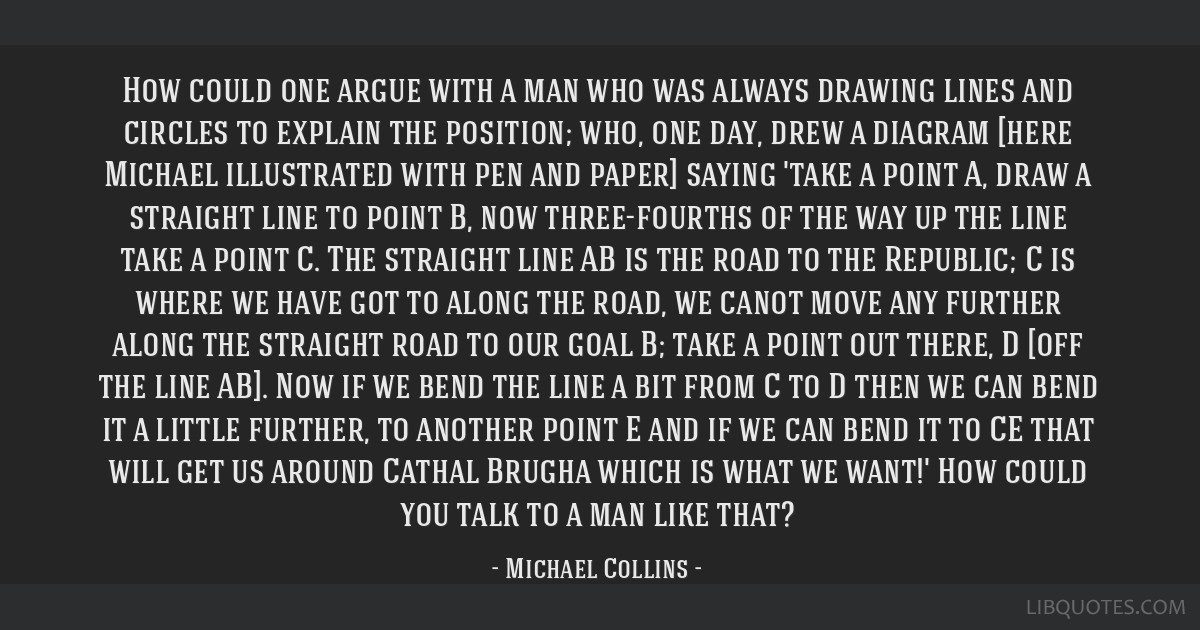 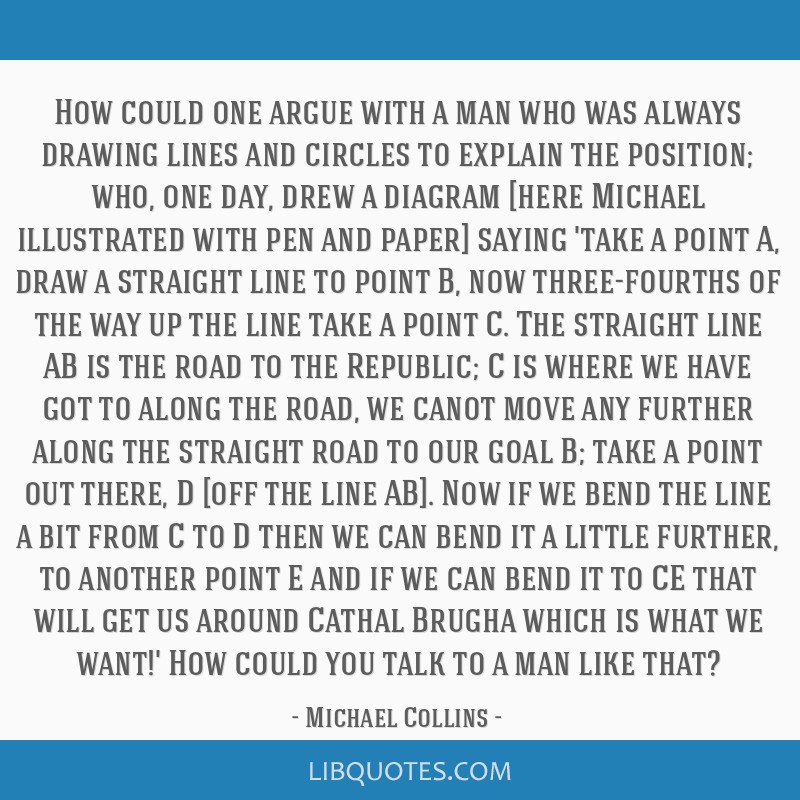 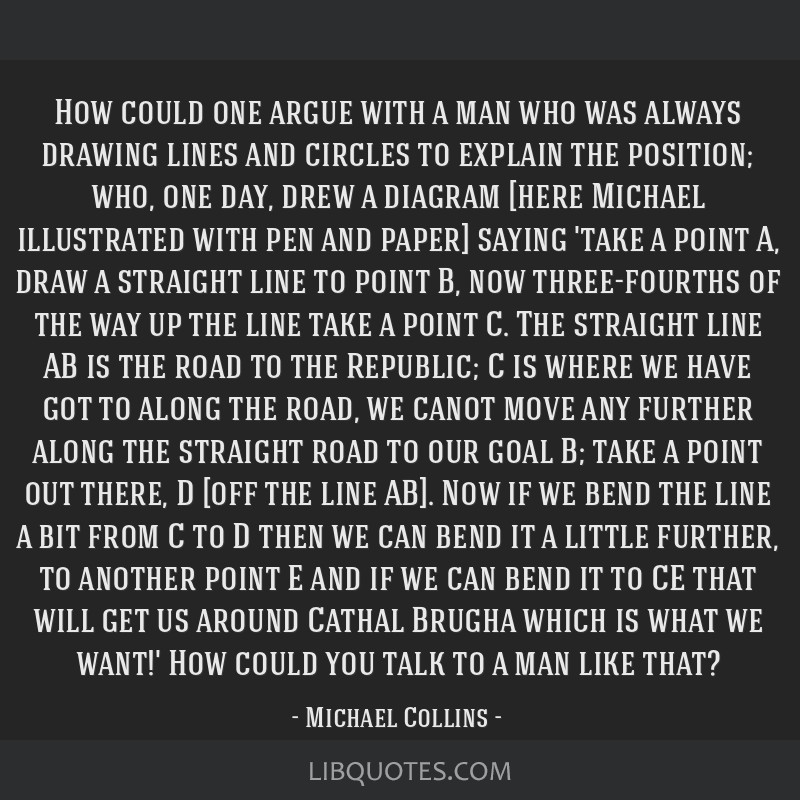 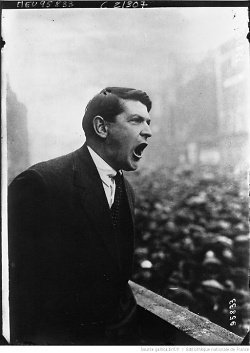