Tell a dream, lose a reader, said Henry James. Joyce told a dream, Finnegans Wake, and he told it in puns - cornily but rightly regarded as the lowest form of wit. This showed fantastic courage, and fantastic introversion. The truth is Joyce didn't love the reader, as you need to do. Well, he gave us Ulysses, incontestably the central modernist masterpiece; it is impossible to conceive of any future novel that might give the form such a violent evolutionary lurch. You can't help wondering, though. Joyce could have been the most popular boy in school, the funniest, the cleverest, the kindest. He ended with a more ambiguous distinction: he became the teacher's pet. 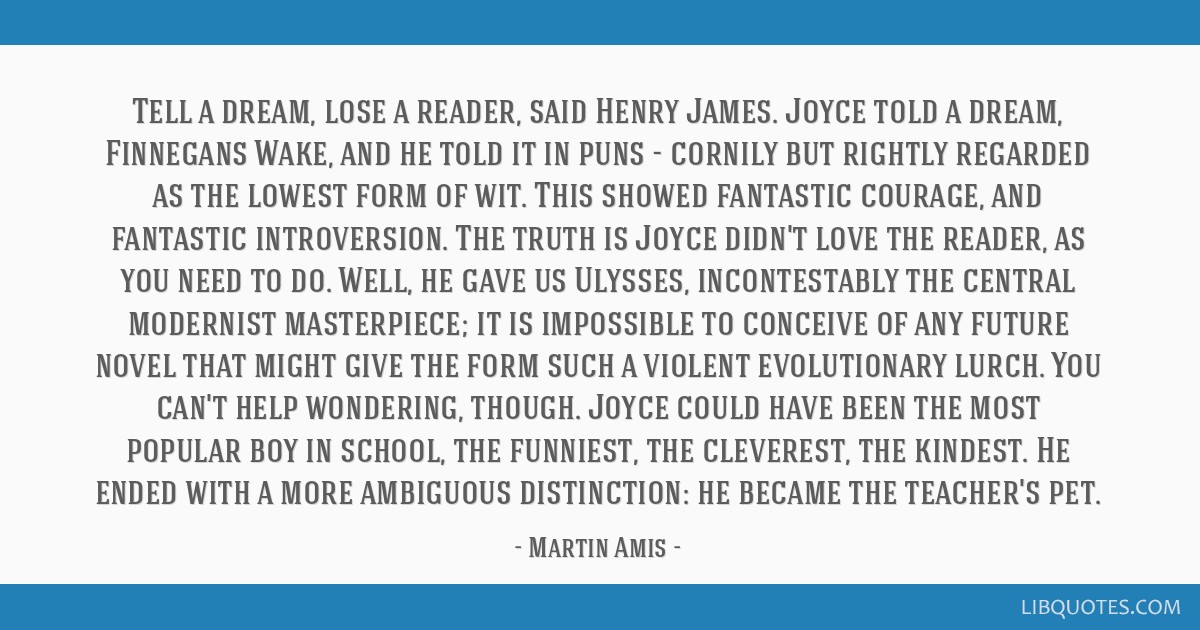 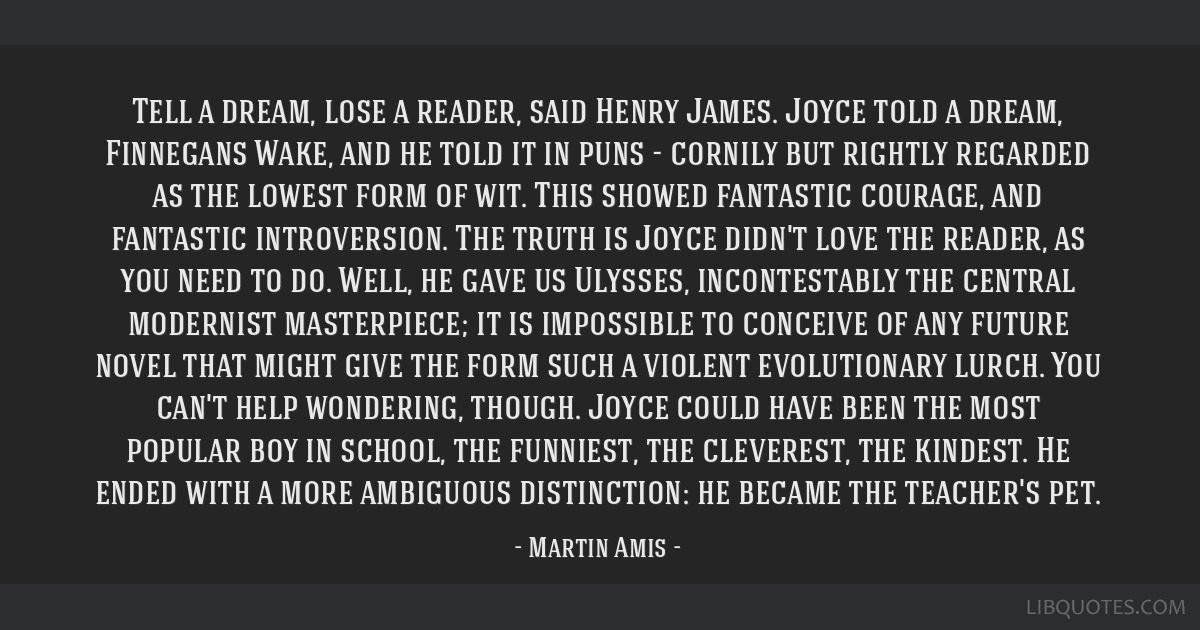 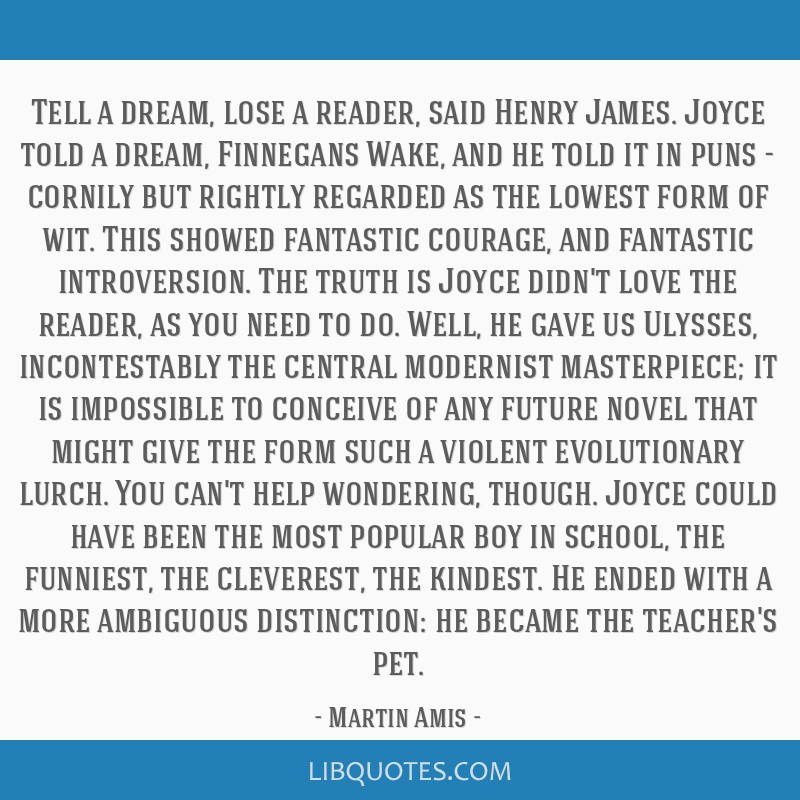 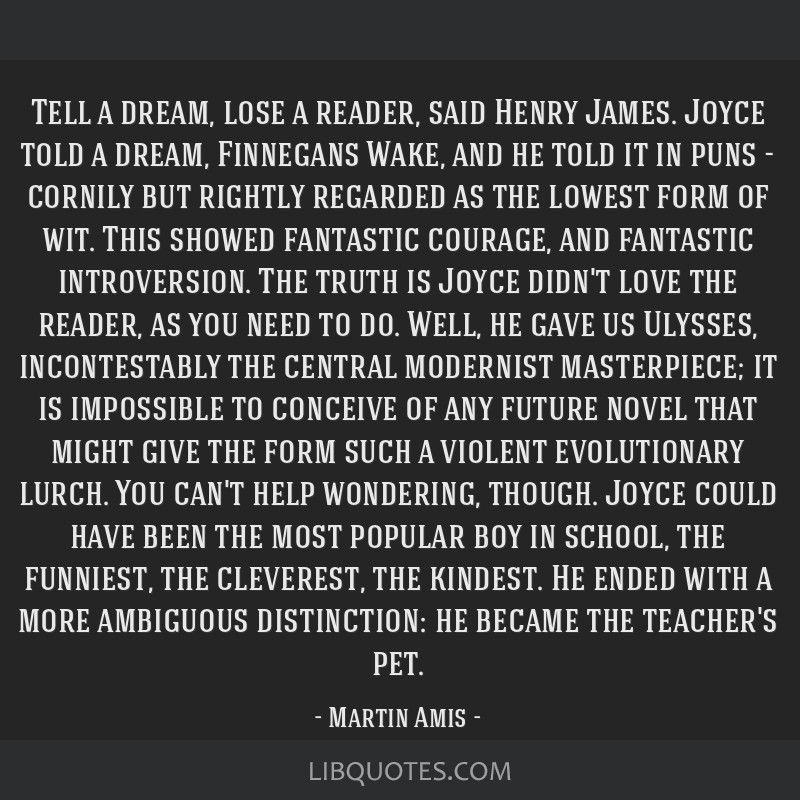 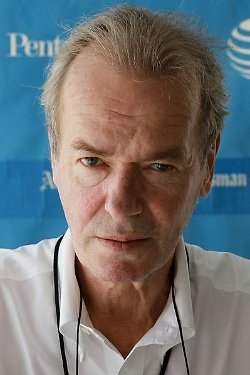