We are not asking for a penny piece of Community money for Britain. What we are asking is for a very large amount of our own money back, over and above what we contribute to the Community, which is covered by our receipts from the Community.

Statement at a press conference when she was trying to renegotiate Britain's EEC budget contribution at the EEC Summit in Dublin (30 November 1979). Often quoted as "I want my money back". - First term as Prime Minister 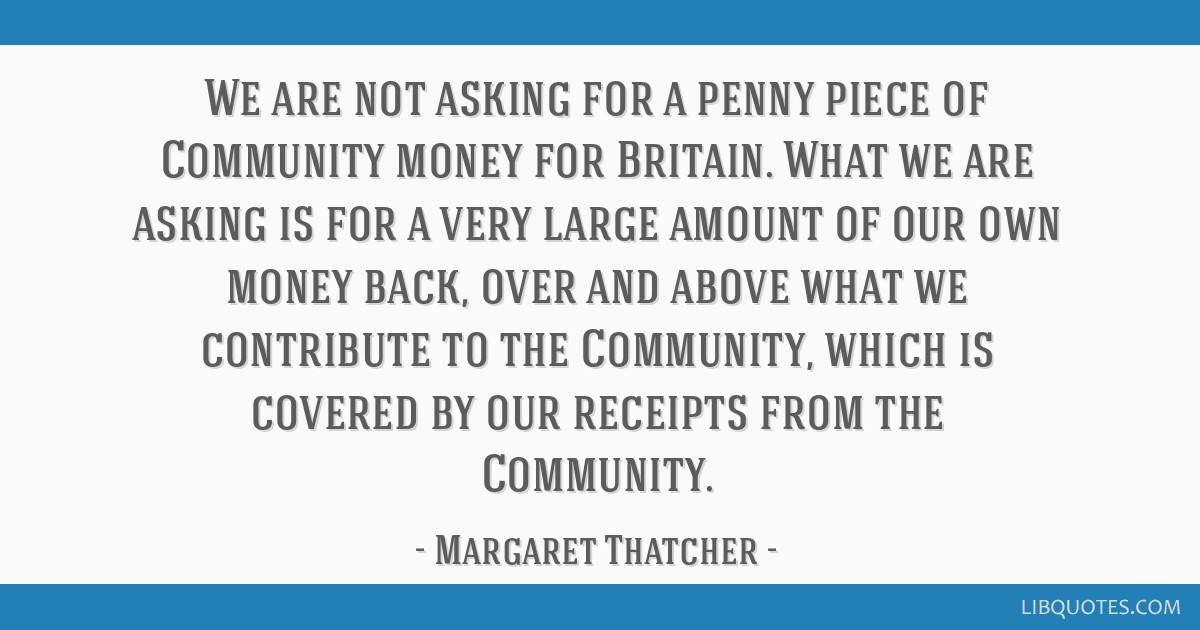 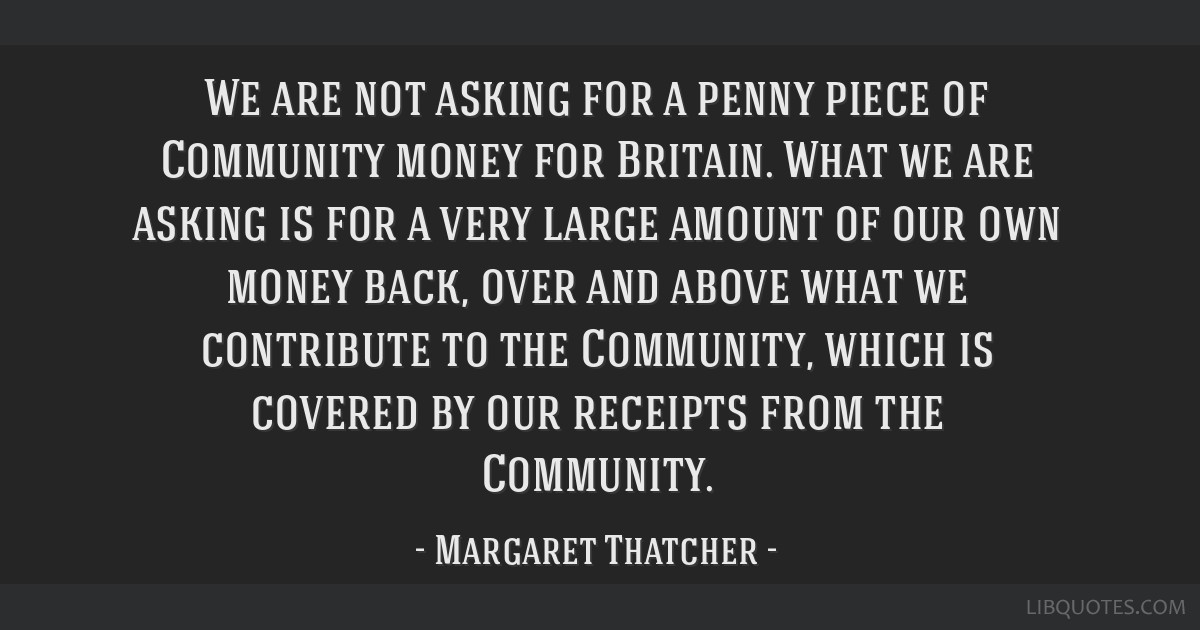 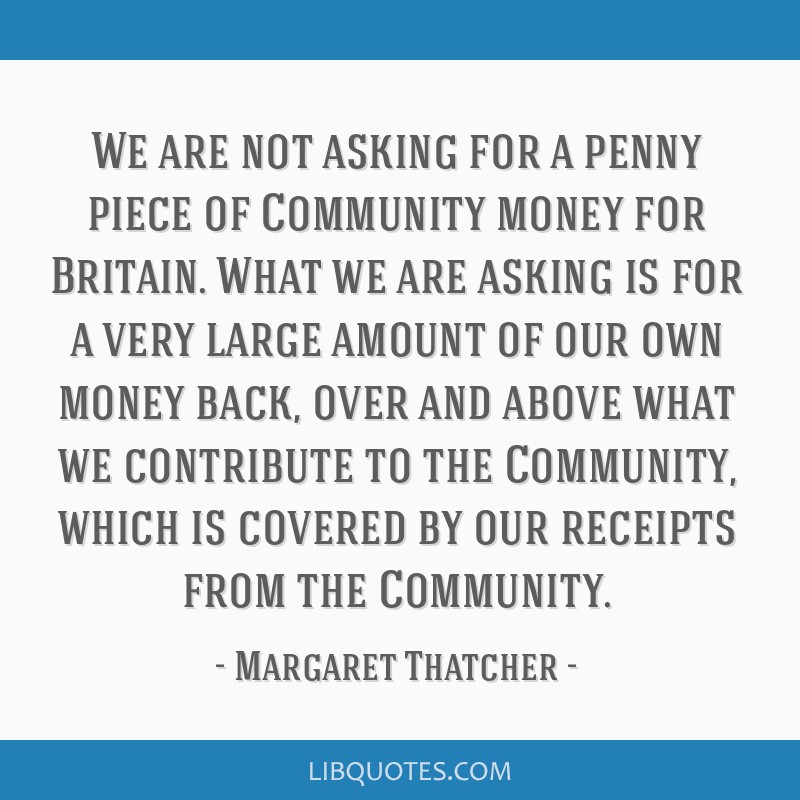