It had the effect of cementing the Anglo-American alliance. What's the good of having bases if when you want to use them you're not allowed to by the home country. It made America realise that Britain was her real and true friend, when they were hard up against it and wanted something, and that no one else in Europe was. They're a weak lot, some of them in Europe you know. Weak. Feeble.

As I said to Denis--: the Margaret Thatcher book of quotations (ed. Robson Book Ltd, 1997) 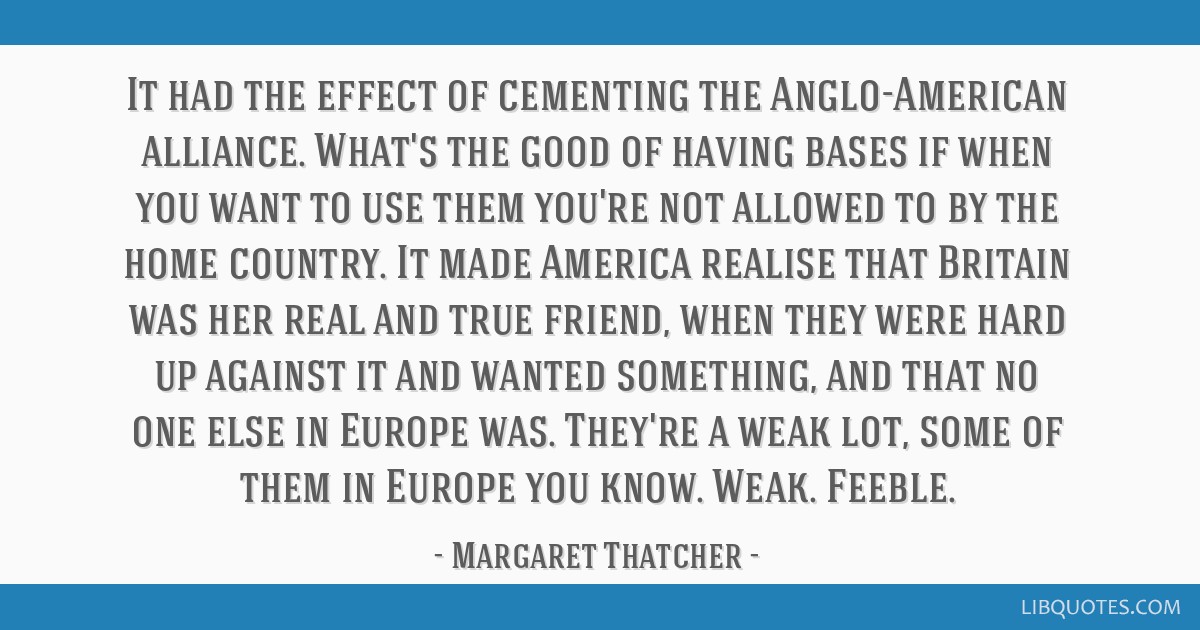 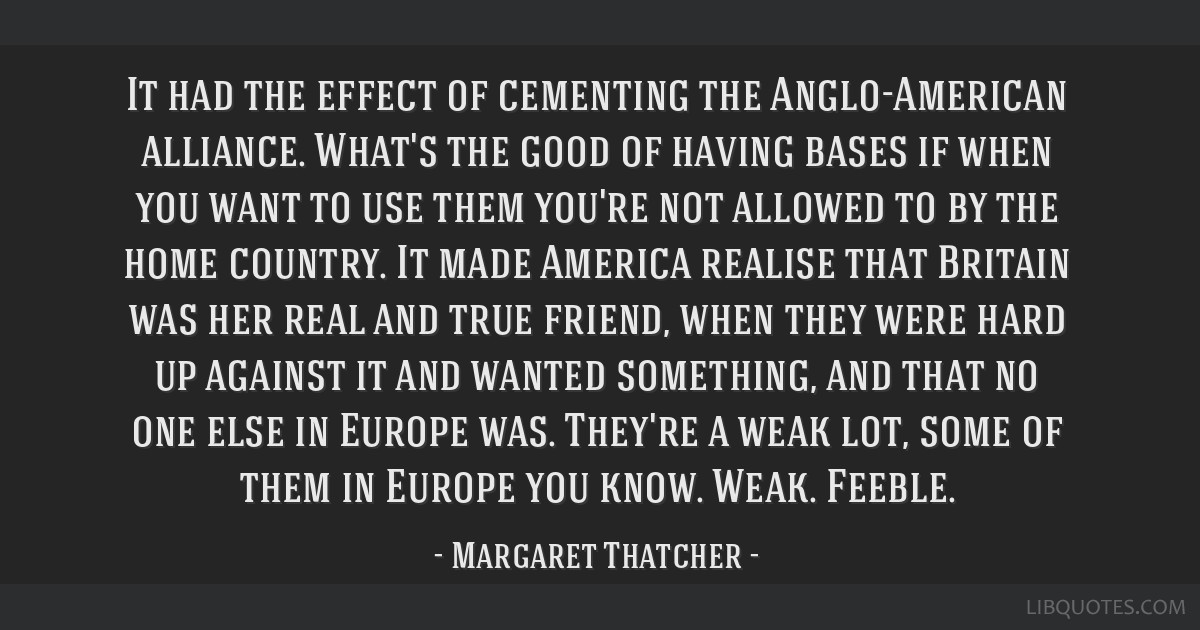 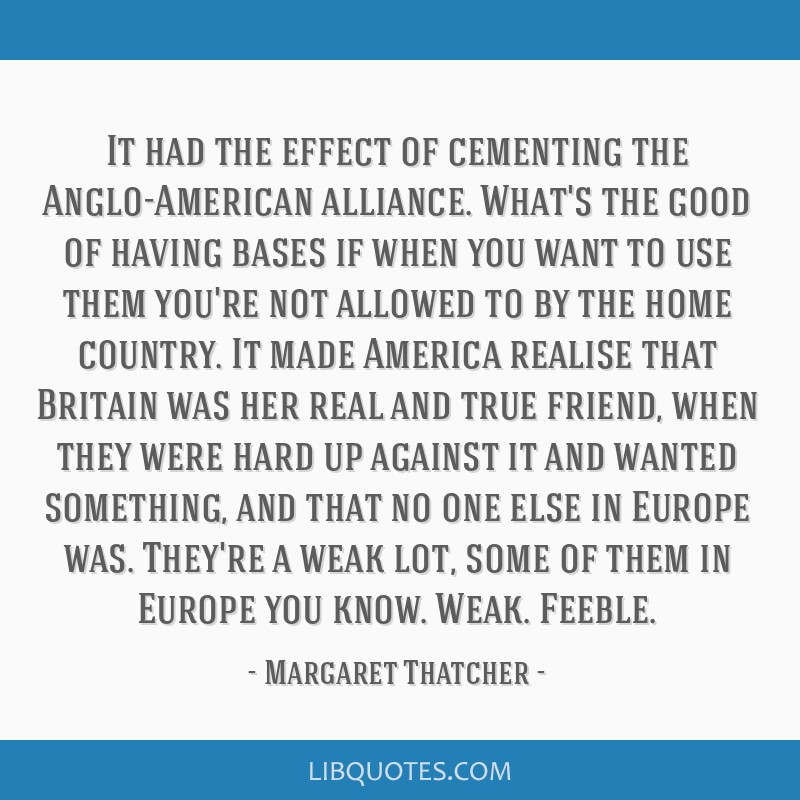 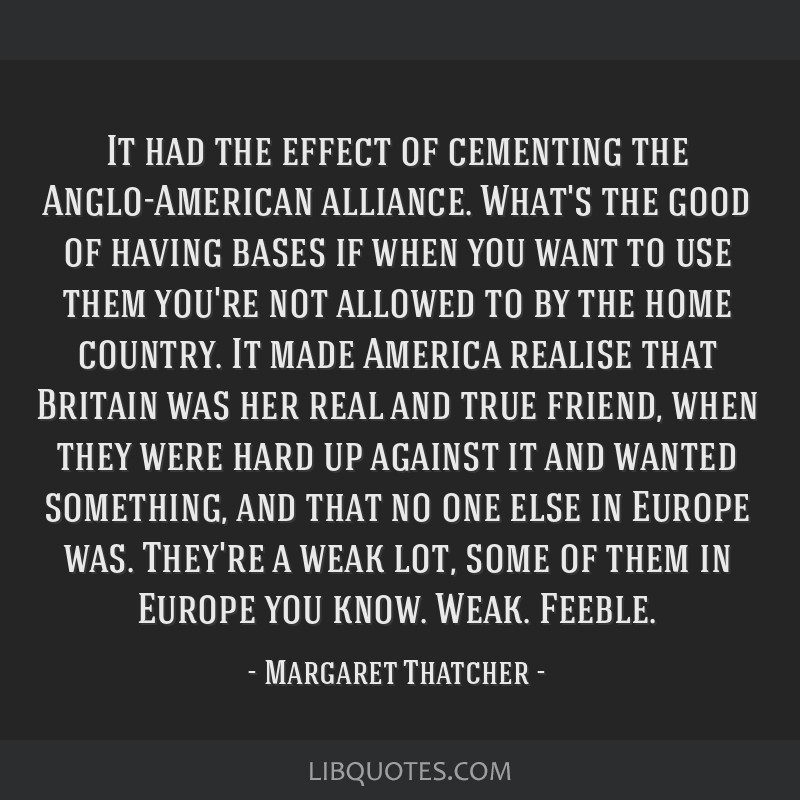