Now, that brings me to the Liberal Party. I gather that during the last few days there have been some ill-natured jokes about their new symbol, a bird of some kind, adopted by the Liberal Democrats at Blackpool. Politics is a serious business, and one should not lower the tone unduly. So I will say only this of the Liberal Democrat symbol and of the party it symbolises. This is an ex-parrot. It is not merely stunned. It has ceased to be, expired and gone to meet its maker. It is a parrot no more. It has rung down the curtain and joined the choir invisible. This is a late parrot. And now for something completely different. 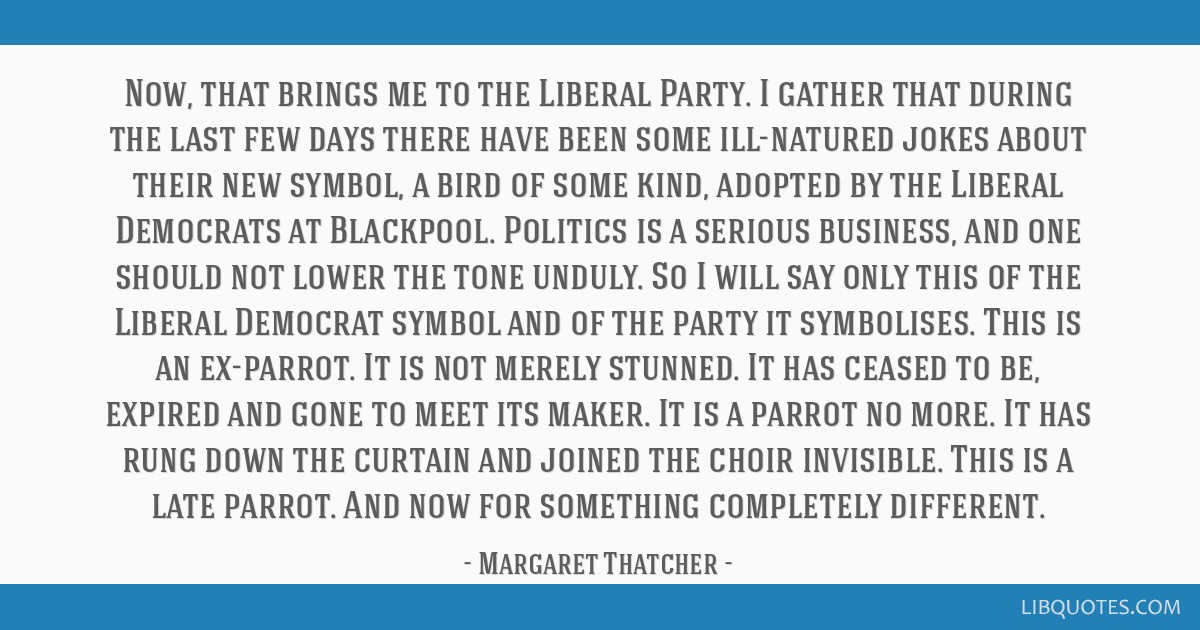 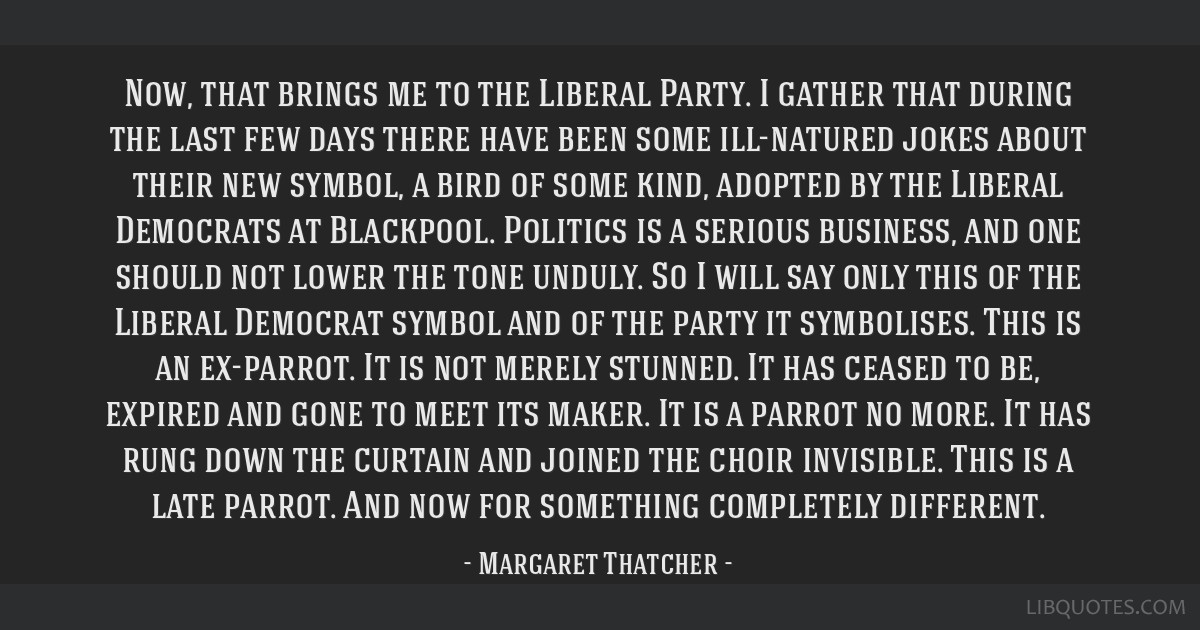 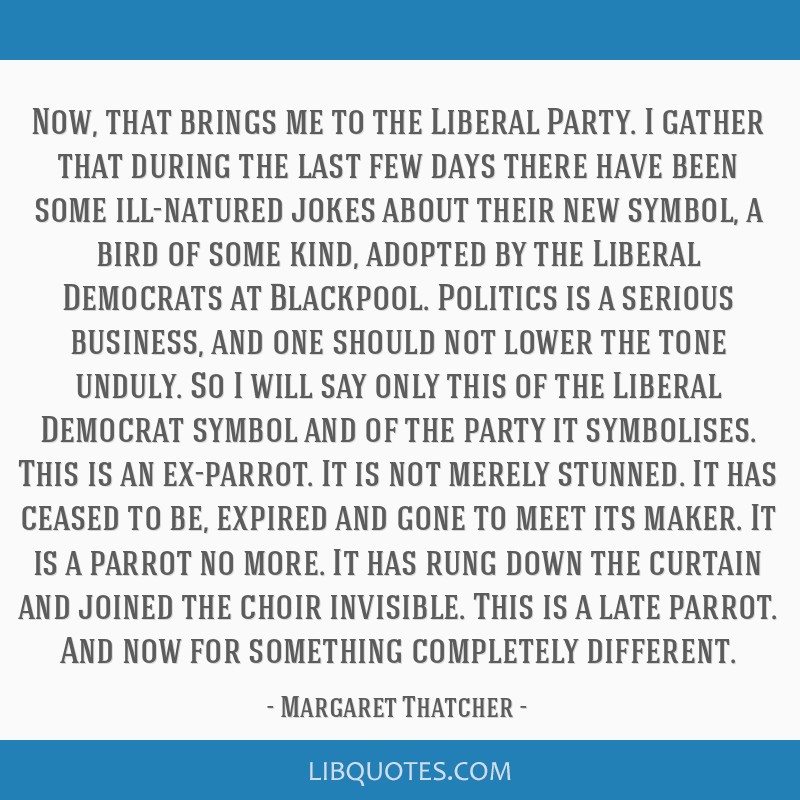 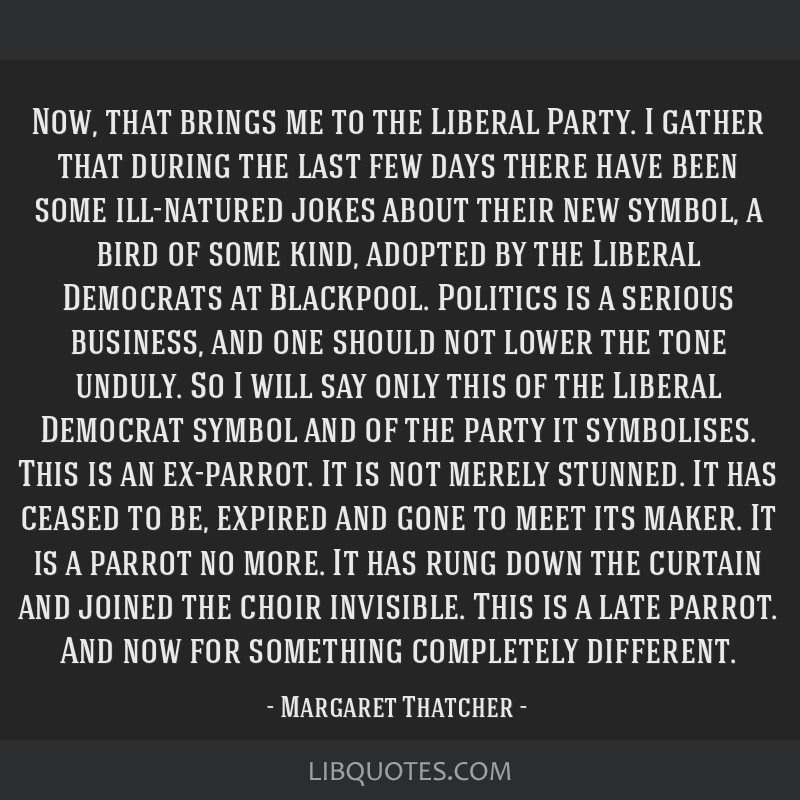