The freedom of peoples depends fundamentally on the rule of law, a fair legal system. The place to have trials or accusations is a court of law, the Common Law that has come right up from Magna Carta, which has come right up through the British courts – a court of law is the place where you deal with these matters. If you ever get trial by television or guilt by accusation, that day freedom dies because you have not had it done with all of the careful rules that have developed in a court of law. Press and television rely on freedom. Those who rely on freedom must uphold the rule of law and have a duty and a responsibility to do so and not try to substitute their own system for it.

Criticising the Thames Television programme "Death on the Rock", in an interview with Hatsuhisa Takashima of NHK Japanese television (29 April, 1988) - Third term as Prime Minister 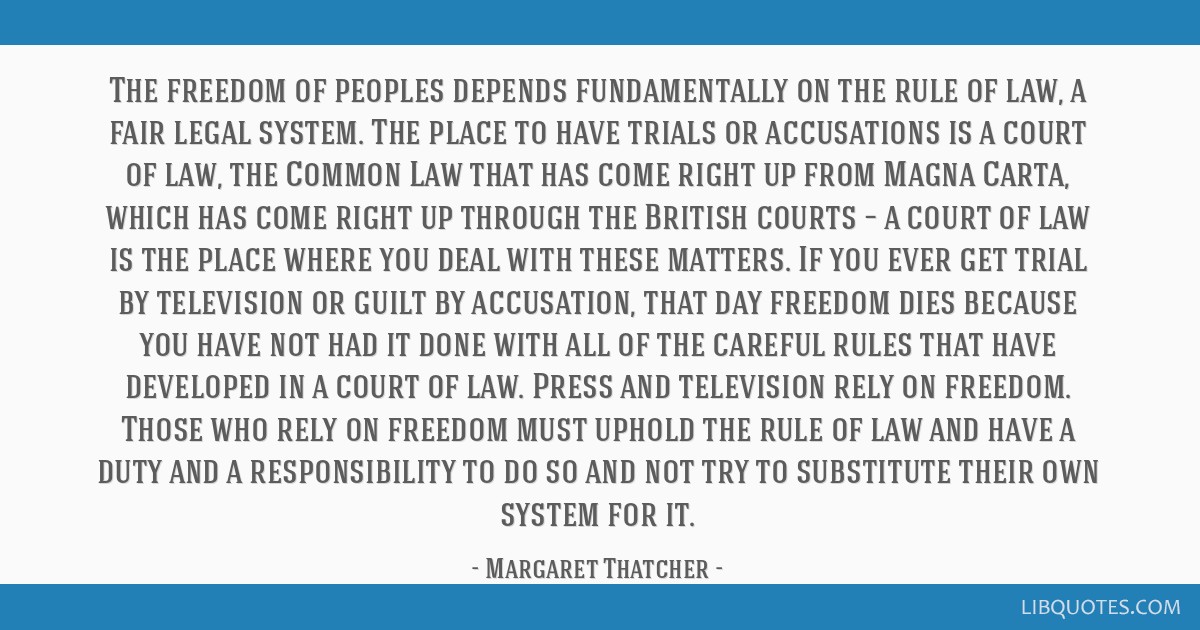 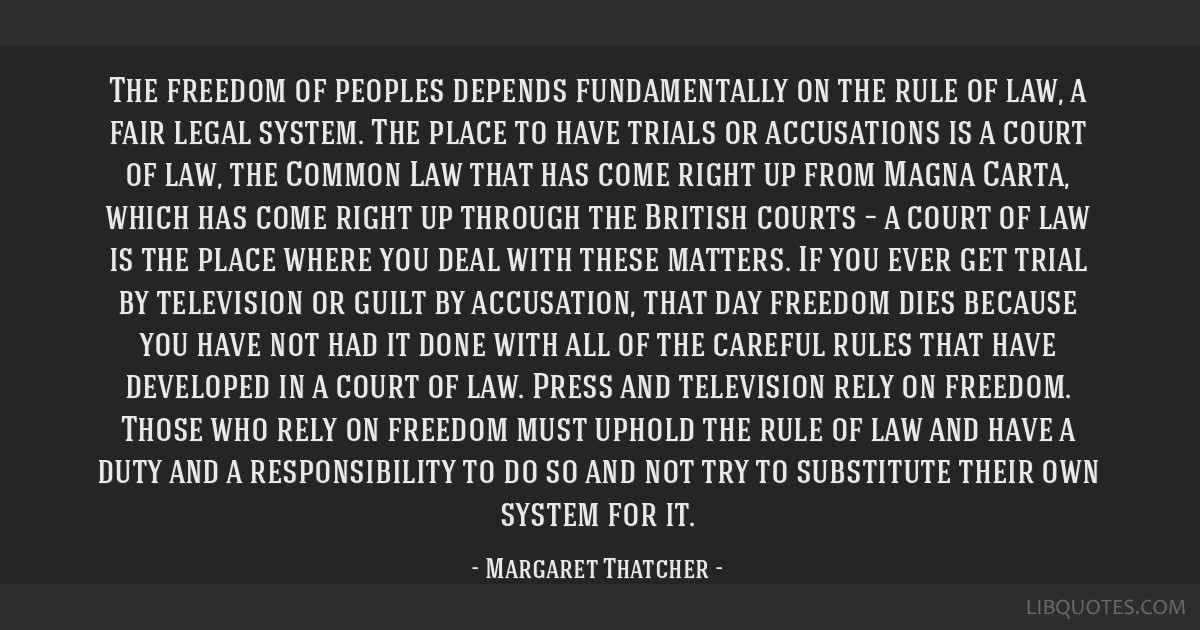 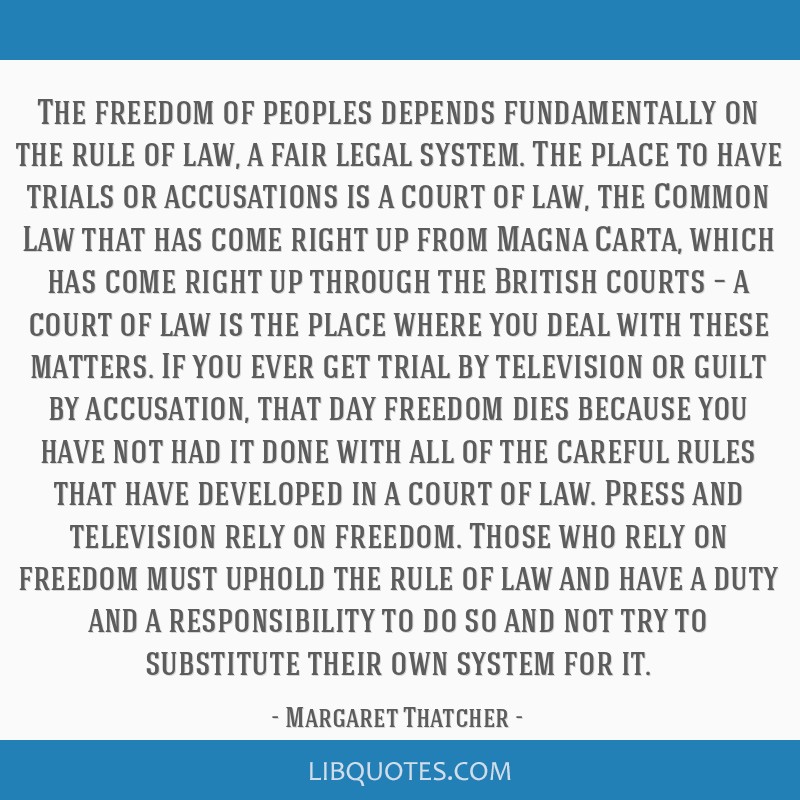 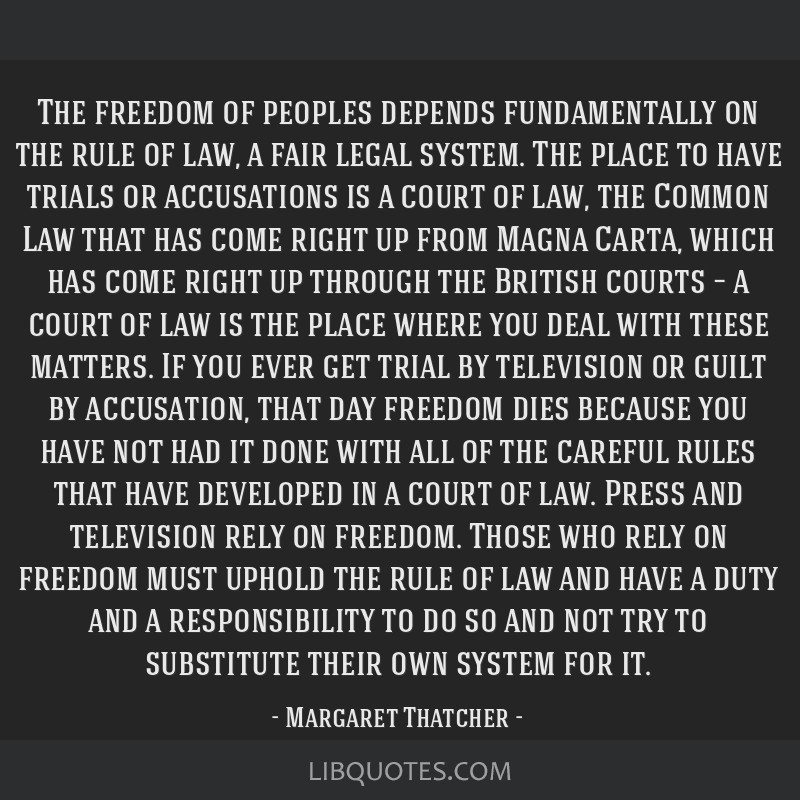