In a decision of the utmost gravity, Labour voted to give up Britain's independent nuclear deterrent unilaterally. Labour's defence policy – though "defence" is scarcely the word—is an absolute break with the defence policy of every British Government since the Second World War. Let there be no doubt about the gravity of that decision. You cannot be a loyal member of NATO while disavowing its fundamental strategy. A Labour Britain would be a neutralist Britain. It would be the greatest gain for the Soviet Union in forty years. And they would have got it without firing a shot. 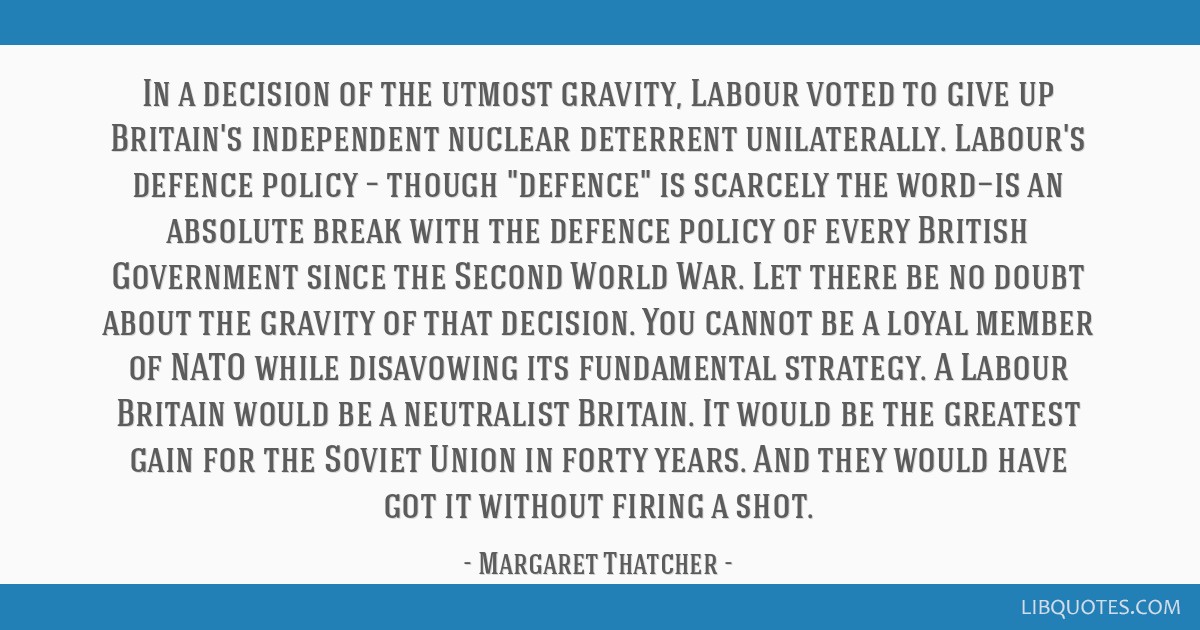 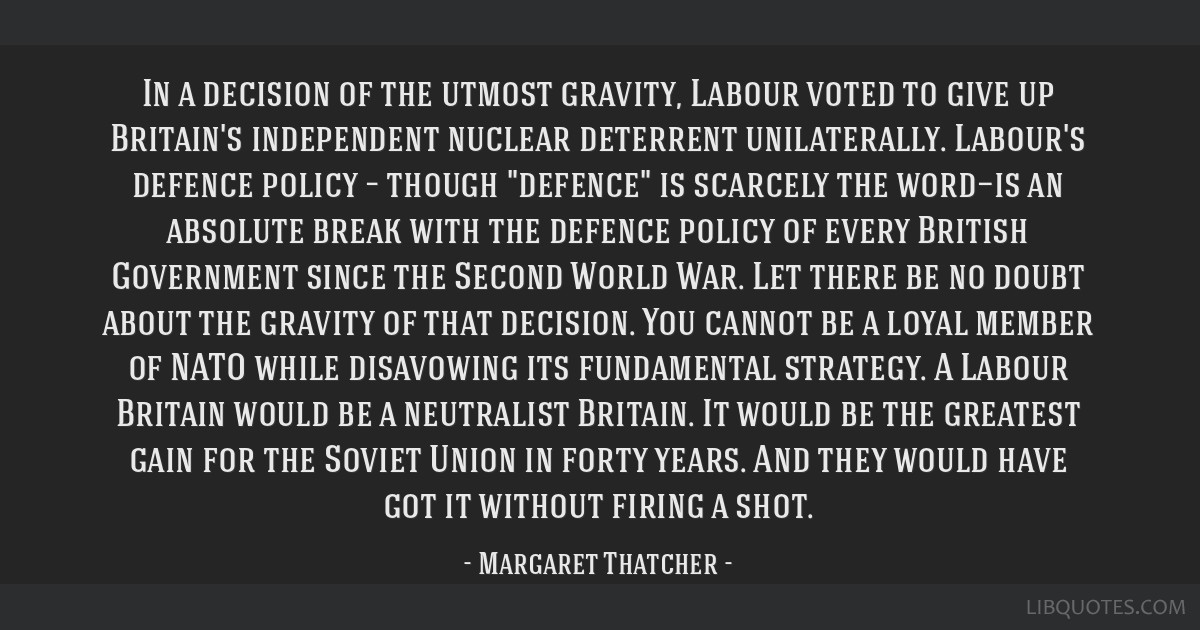 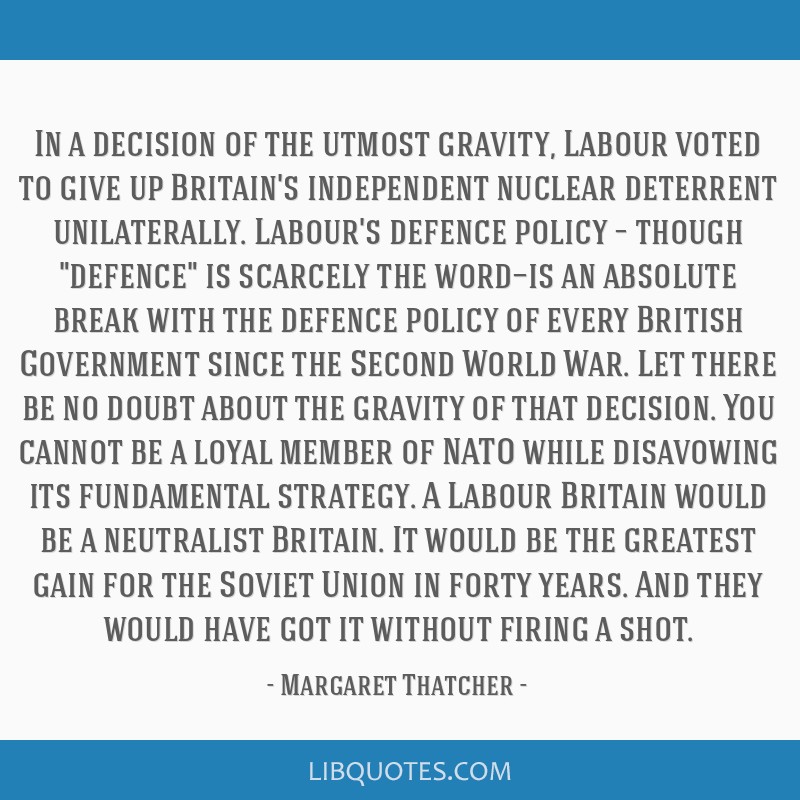 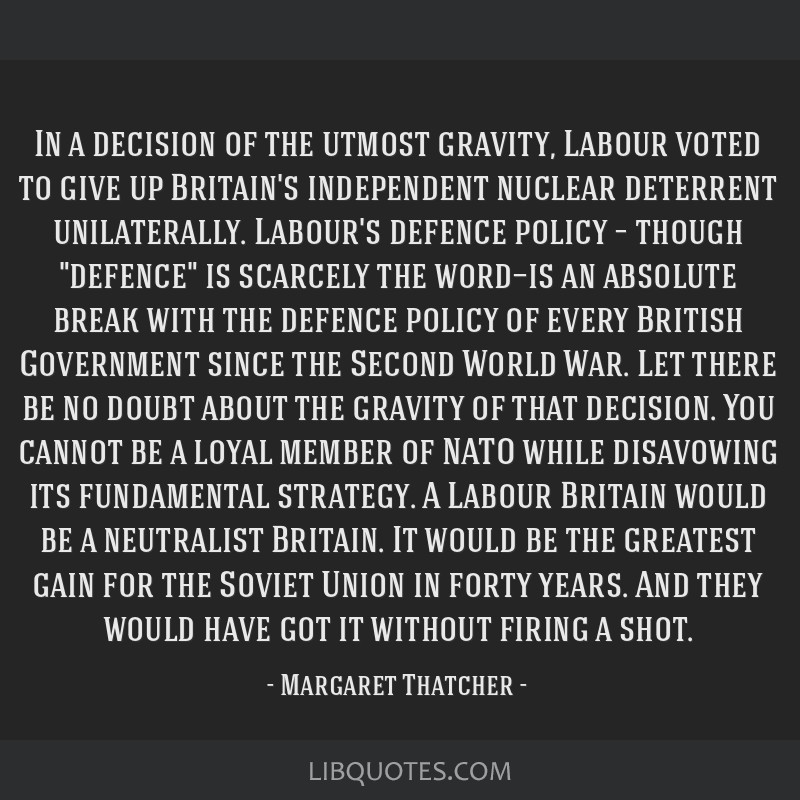