My first guiding principle is this: willing and active co-operation between independent sovereign states. Europe will be stronger precisely because it has France as France, Spain as Spain, Britain as Britain, each with its own customs, traditions and identity. It would be folly to try to fit them into some sort of identikit European personality. 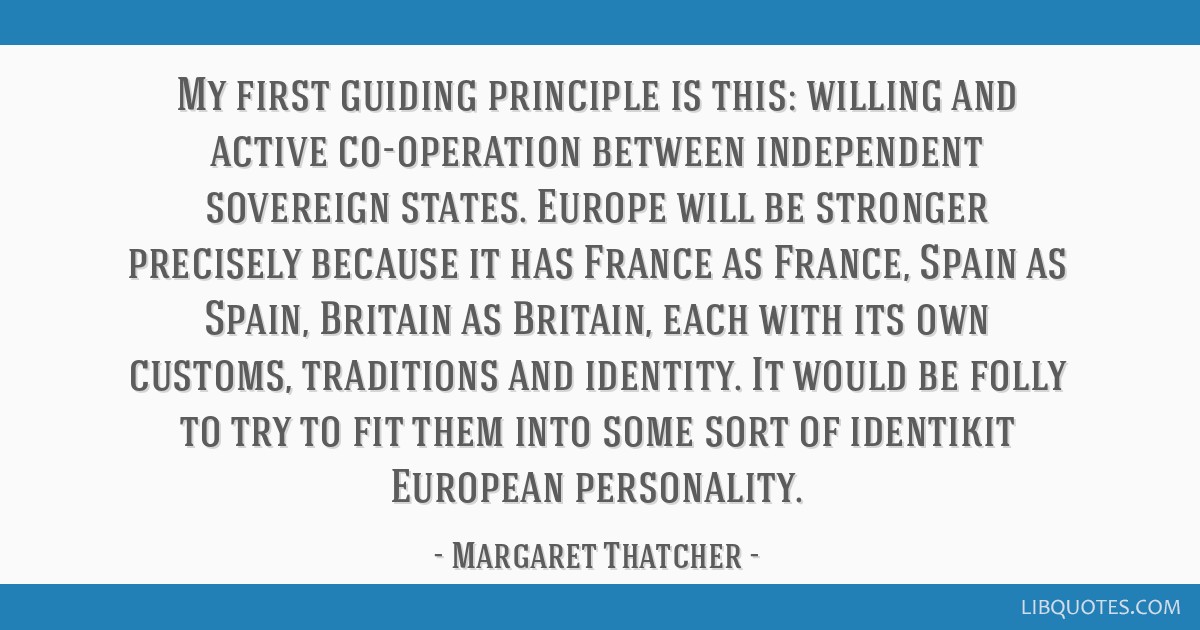 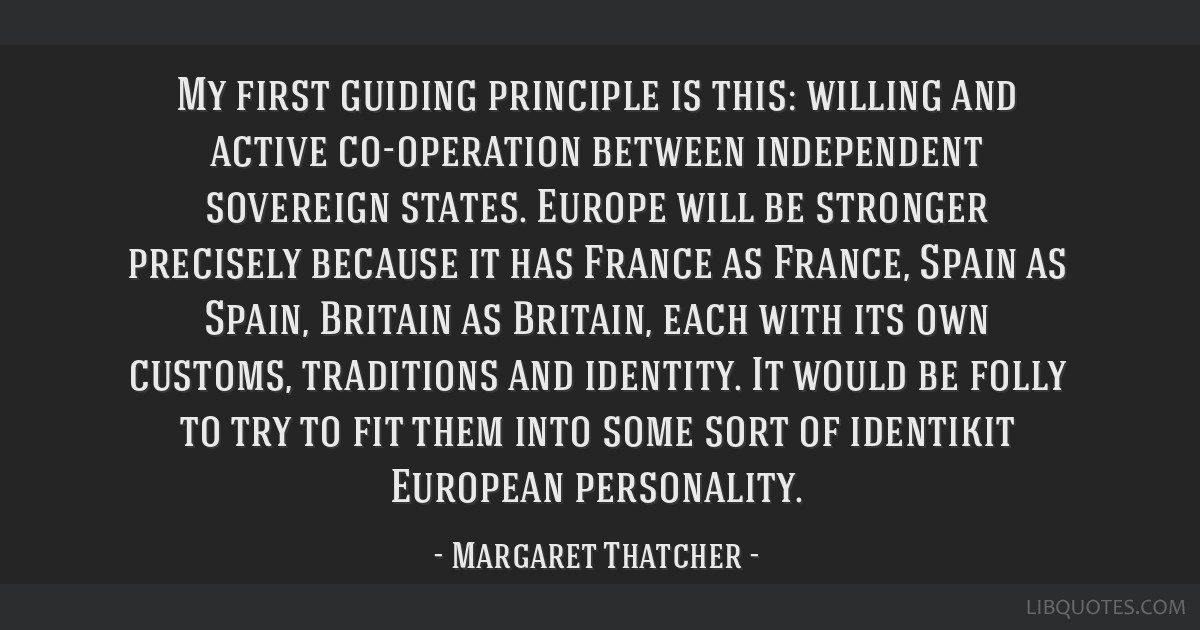 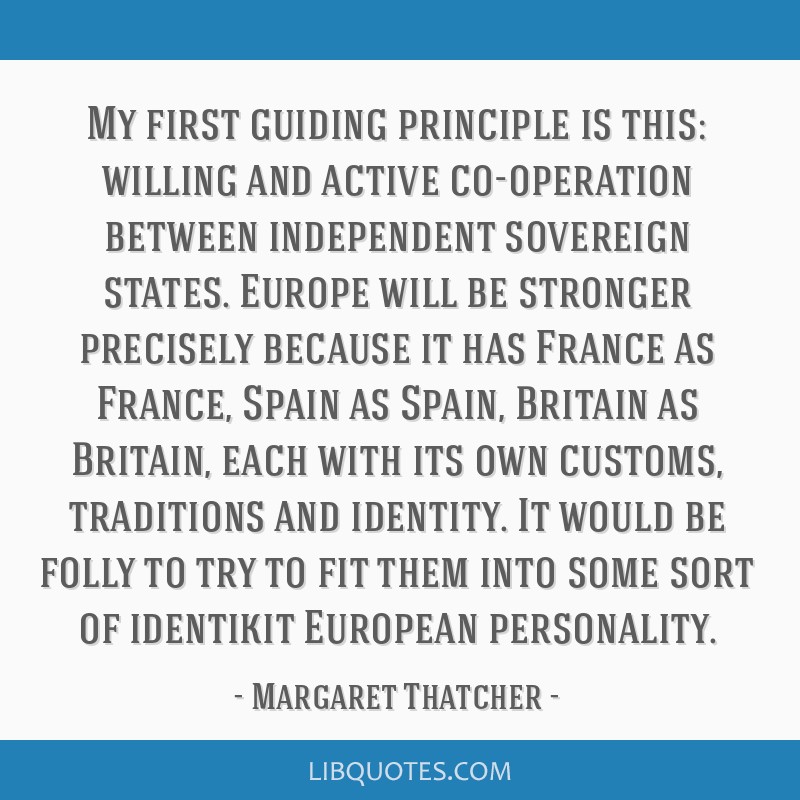 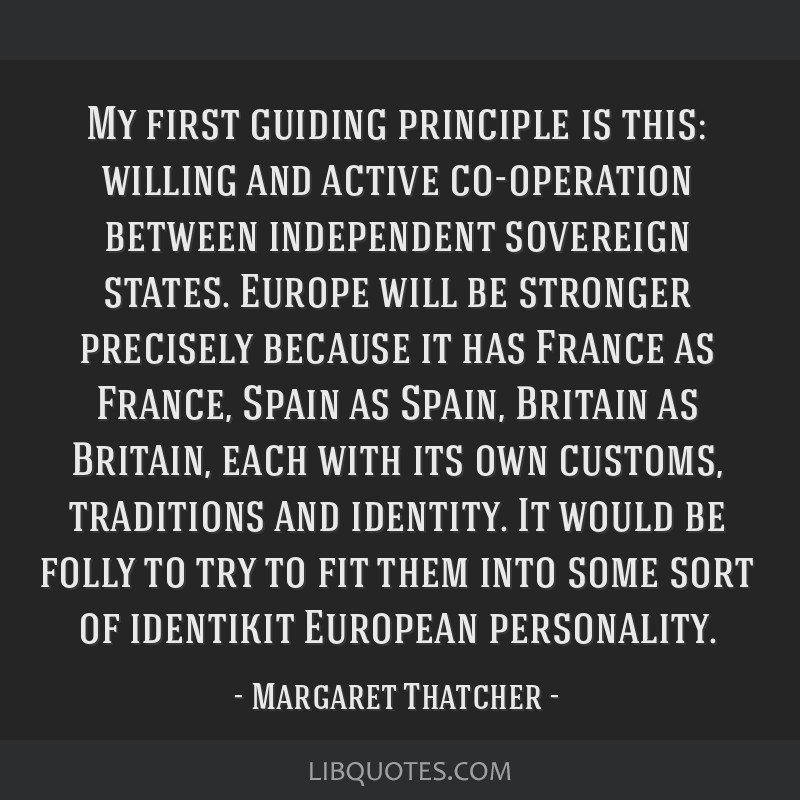