Surely these are sufficient reasons to make it clear to the American people that it is time for a change and that a Republican victory is necessary to the security of this country. Surely it is clear that this nation will continue to suffer as long as it is governed by the present ineffective Democratic Administration.
Yet to displace it with a Republican regime embracing a philosophy that lacks political integrity or intellectual honesty would prove equally disastrous to this nation. The nation sorely needs a Republican victory. But I don't want to see the Republican Party ride to political victory on the Four Horsemen of Calumny — Fear, Ignorance, Bigotry, and Smear. 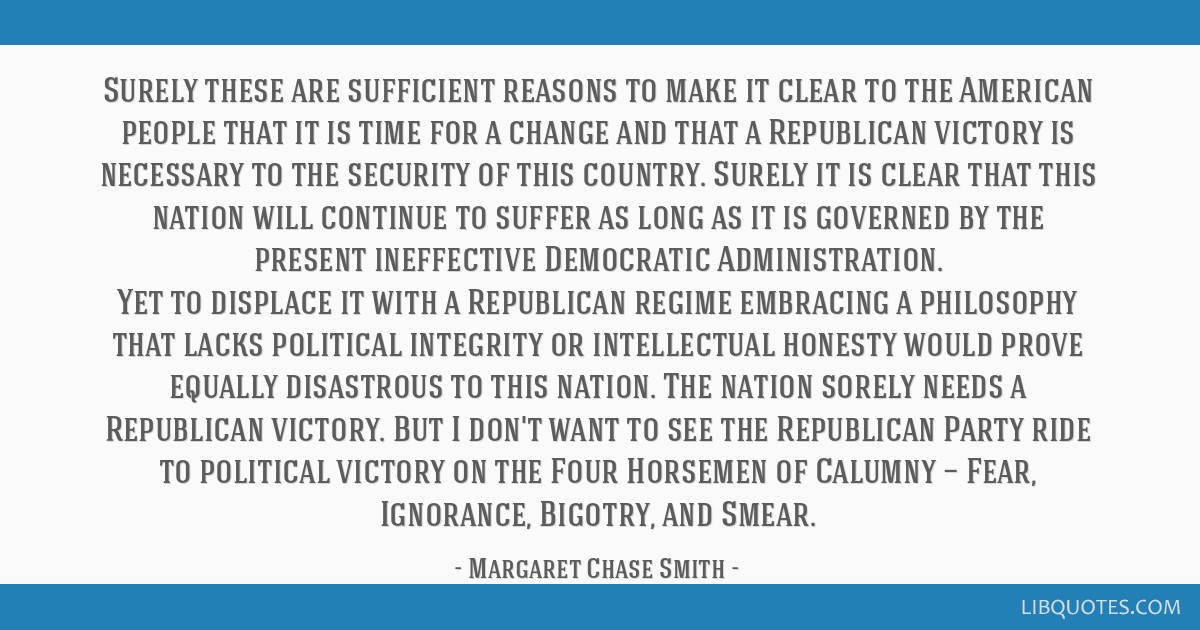 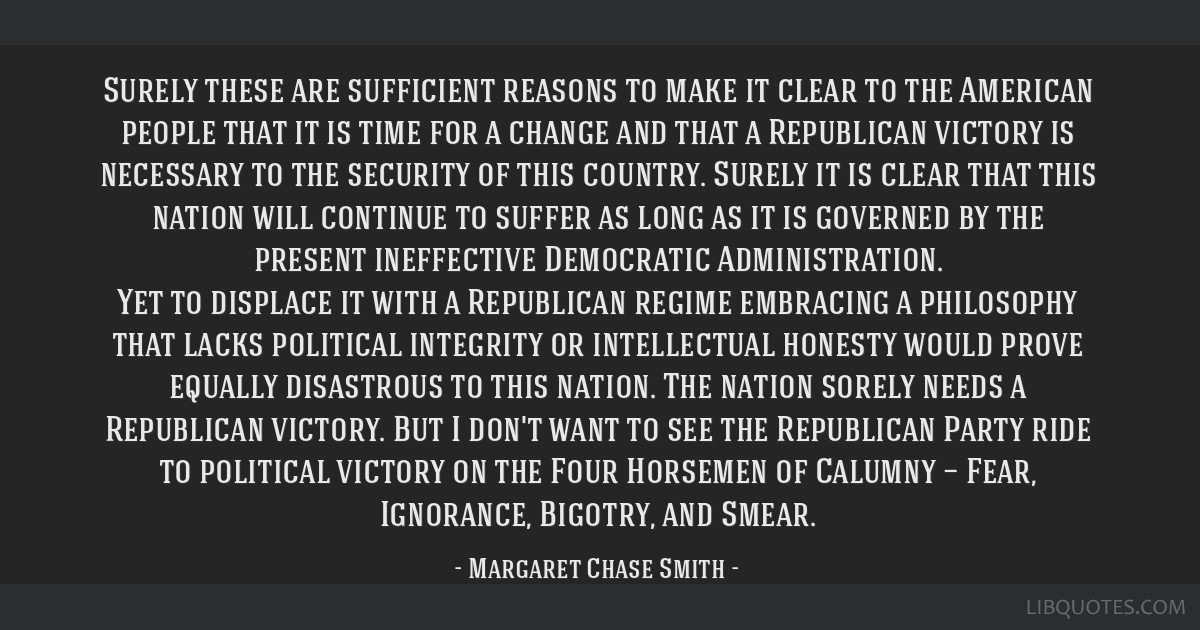 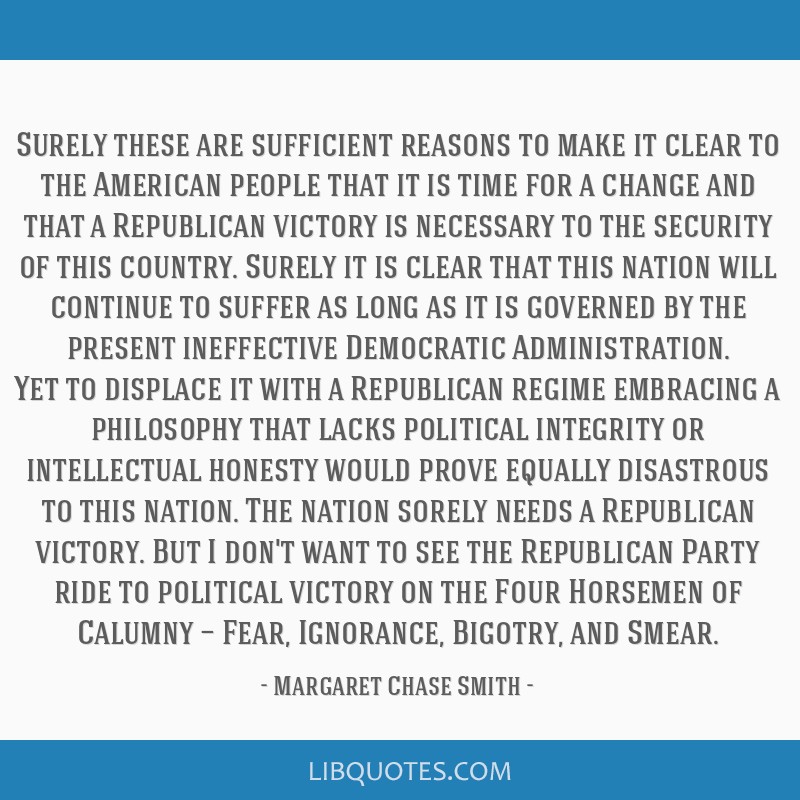 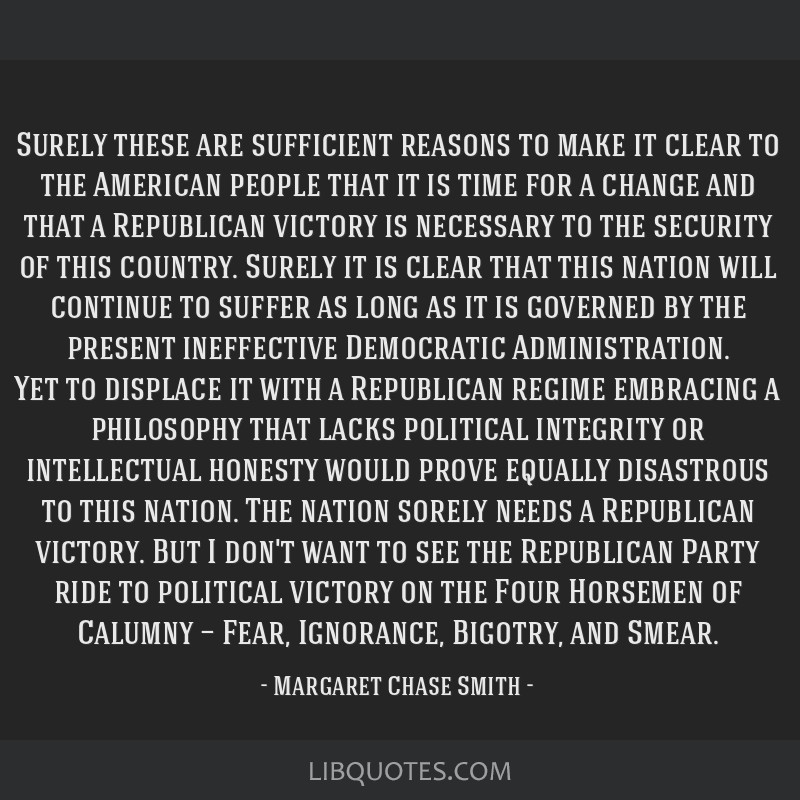 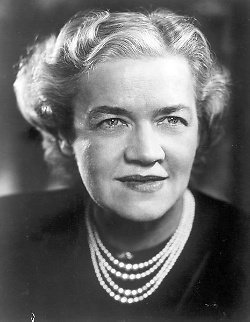