One thing which keeps on astonishing me in the present debate is the complete lack of doubt in both camps. Personally, I don't think that either theory, of Aryan invasion and of Aryan indigenousness, can claim to have been "proven" by prevalent standards of proof; even though one of the contenders is getting closer. Indeed, while I have enjoyed pointing out the flaws in the AIT statements of the politicized Indian academic establishment and its American amplifiers, I cannot rule out the possibility that the theory which they are defending may still have its merits." 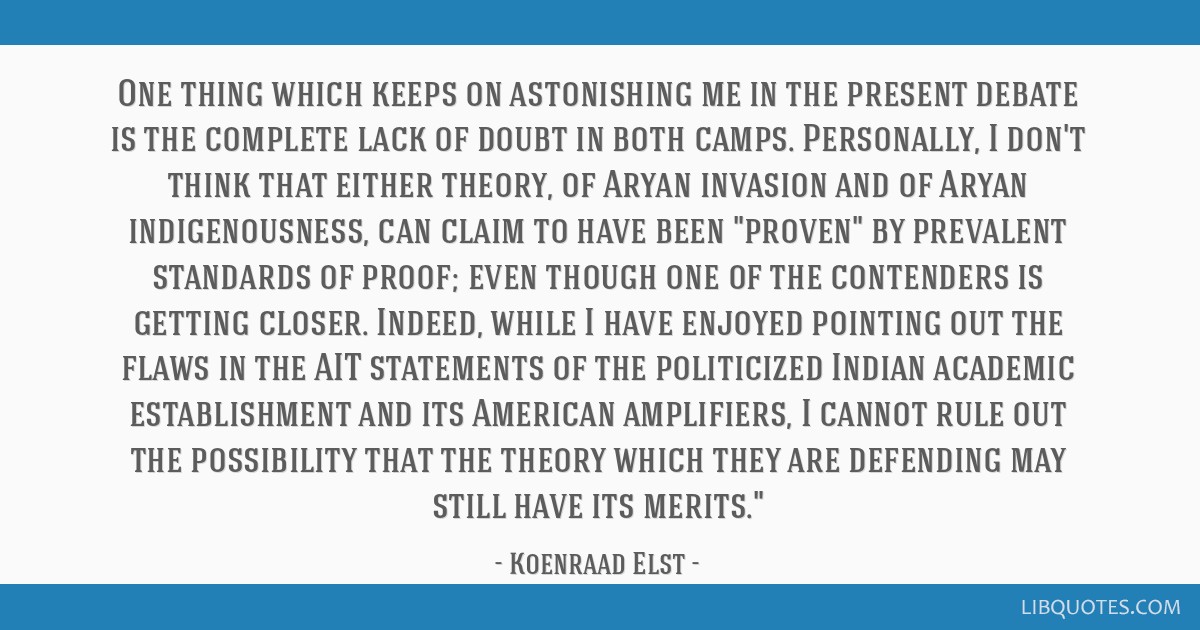 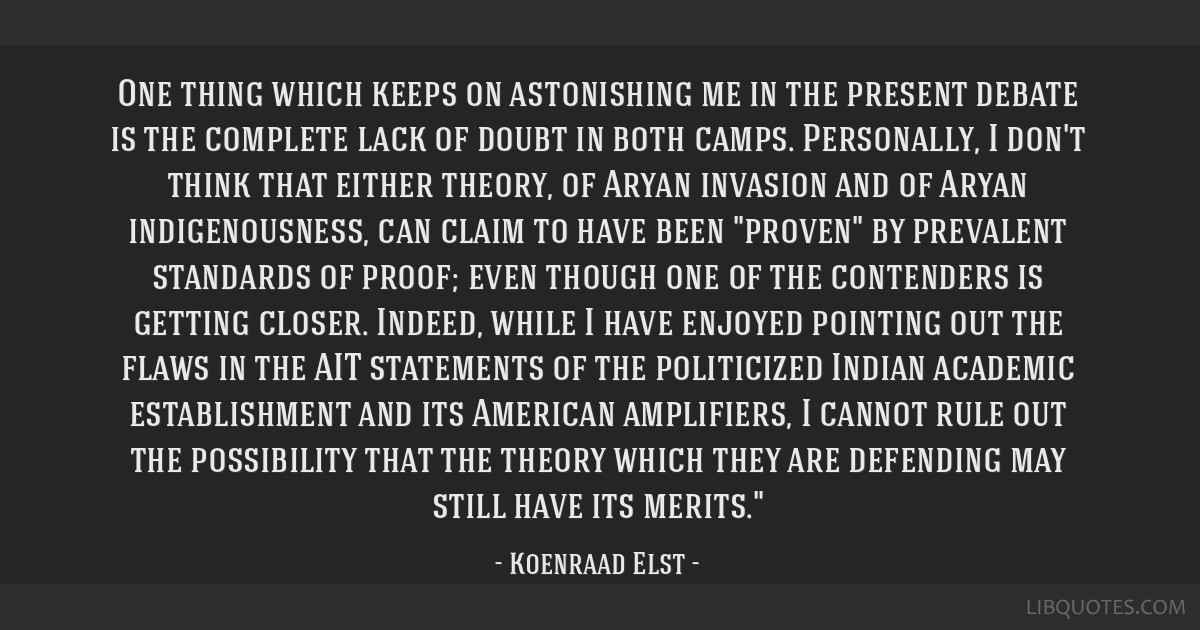 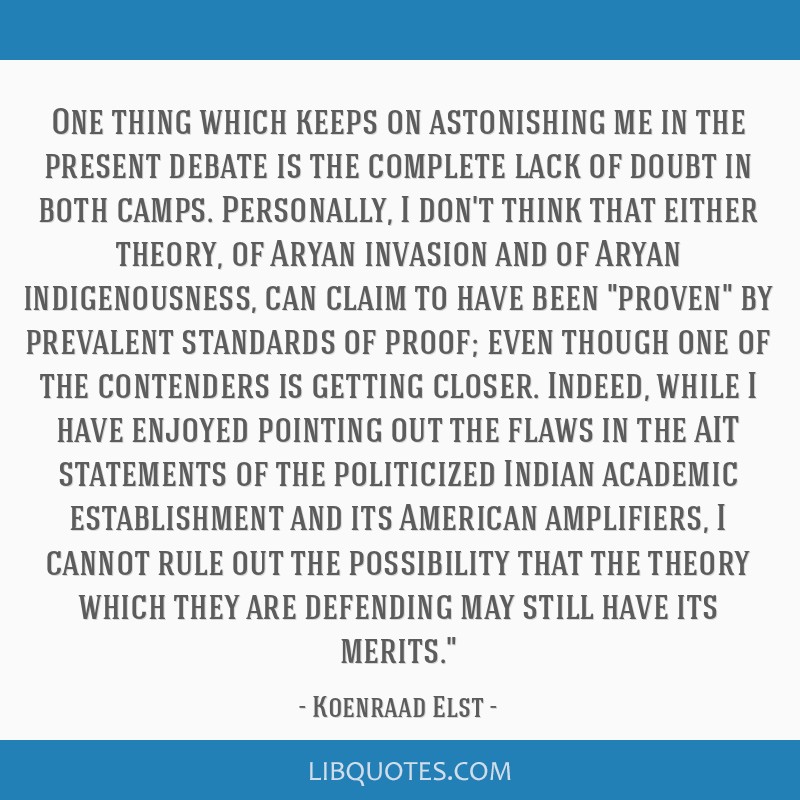 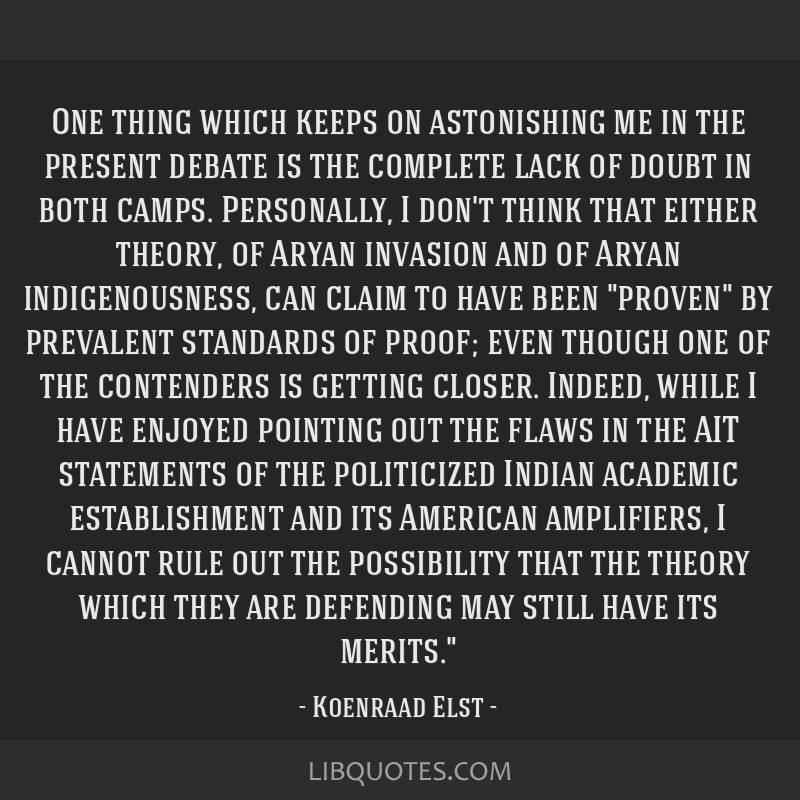