As so often in Indo-Pakistani and Hindu-Muslim comparisons, the argument is reminiscent of the inequality between the contenders in the Cold War: you could demonstrate for disarmament in the West, but to demonstrate for this in the East Bloc (except if it were for unilateral disarmament by the Western war-mongers) would have put you in trouble. 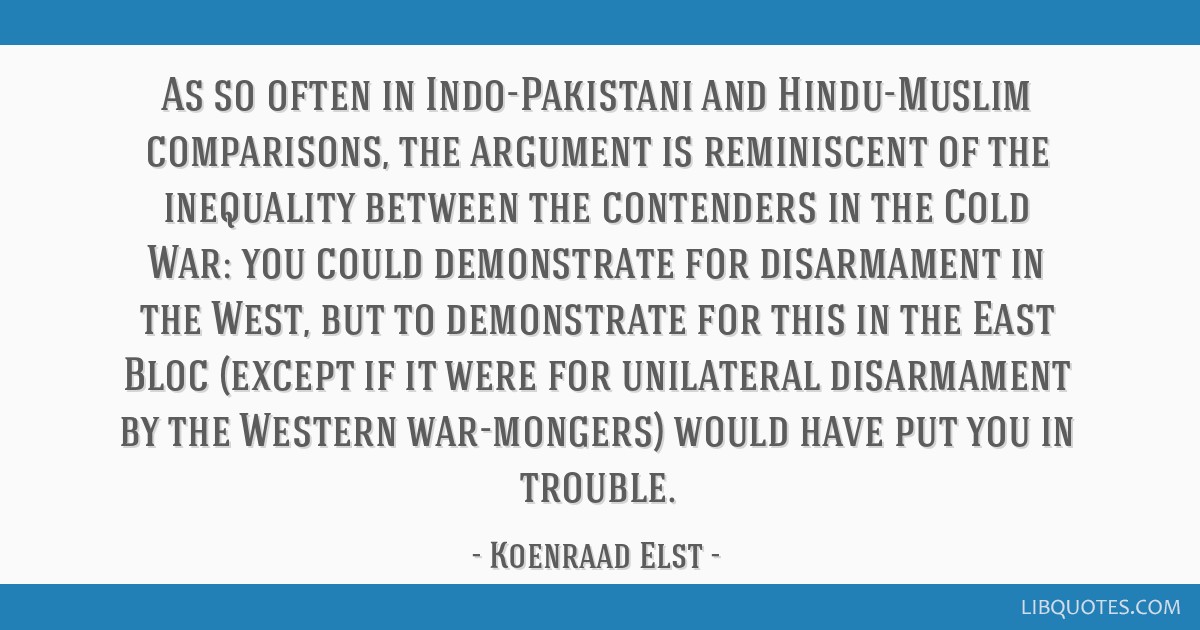 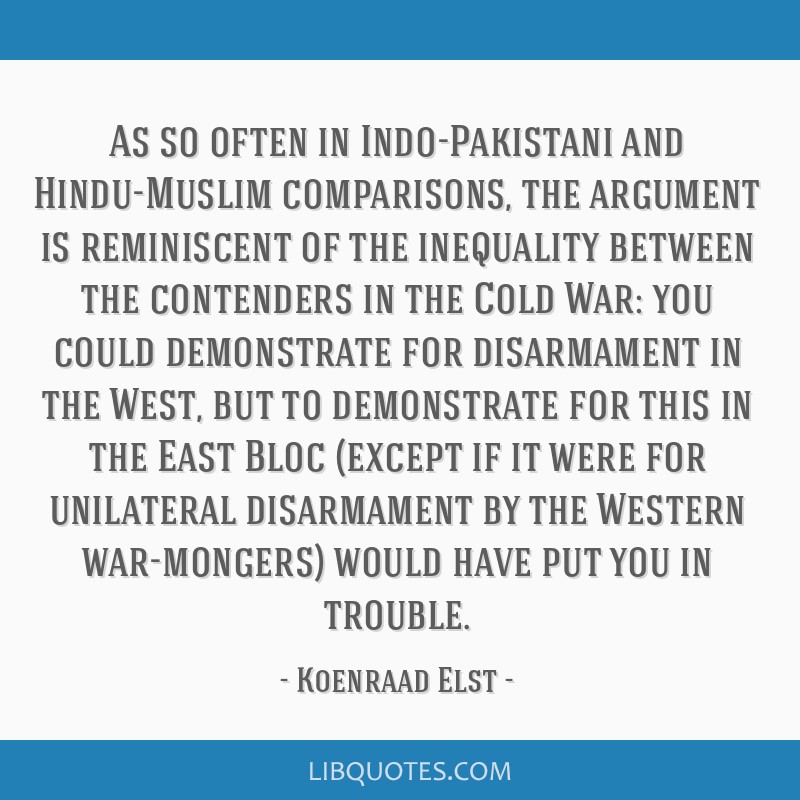 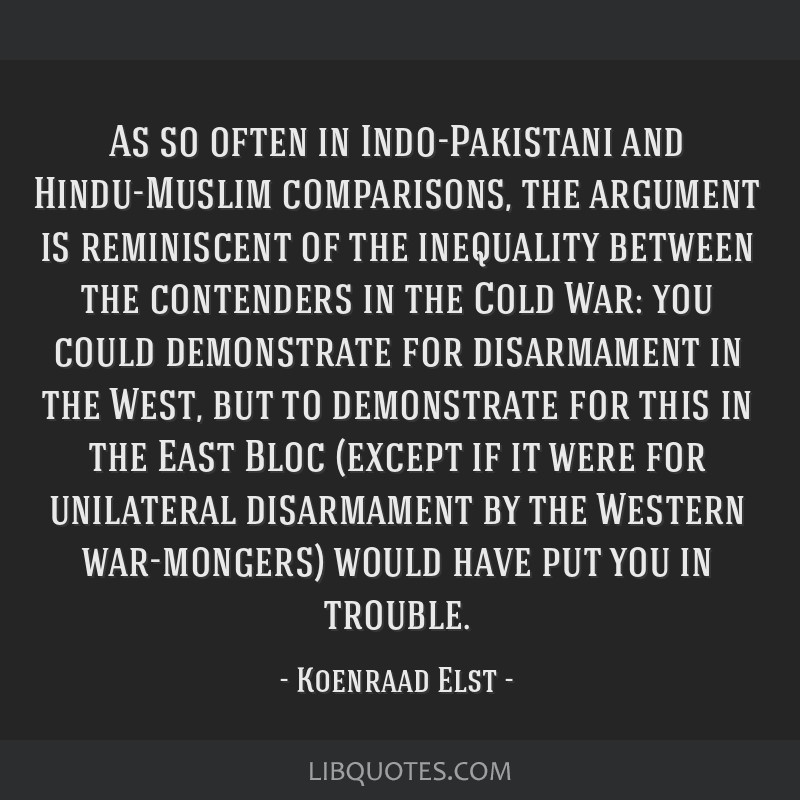