As concentration and depersonalization increase in the dominant society, as the concentration of capital increases with the takeover of ever larger businesses by conglomerates and international corporations, as more and more local initiative is abandoned to the rule of the central State, and as computerization and automation narrow the role of human initiative in both labor and administration, life becomes ever more unreal, aimless, and empty of meaning for all but a tiny elite who still cling to the illusion they possess initiative. Action and reaction — thesis and antithesis — this state of affairs produces its opposite. All over the world we are witnessing an instinctive revolt against dehumanization. 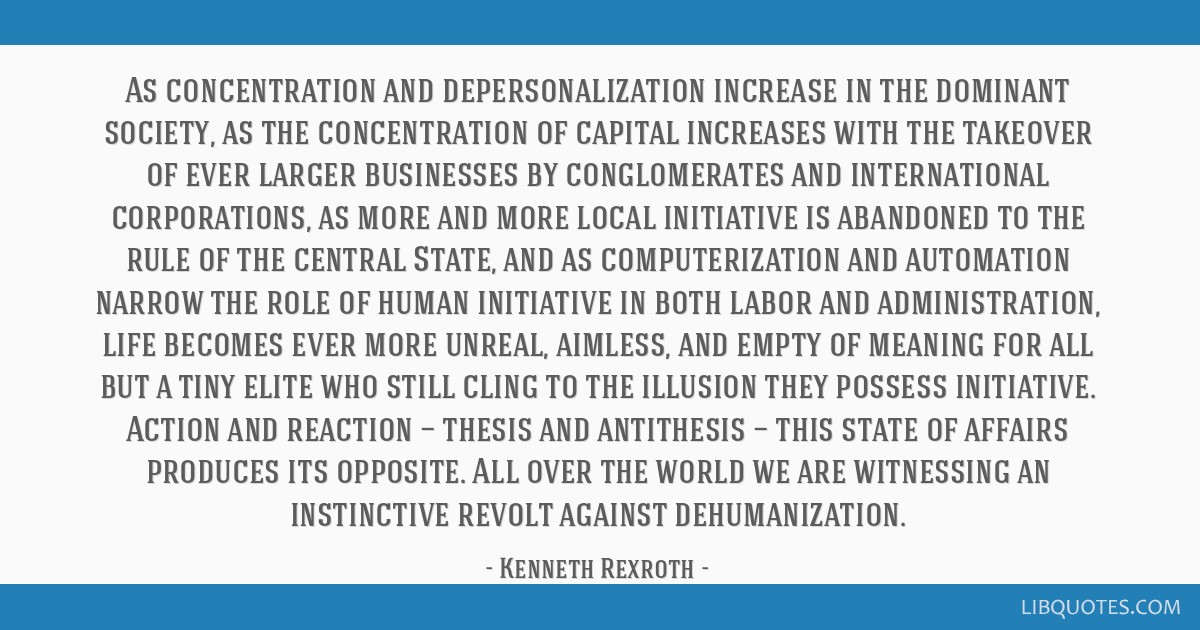 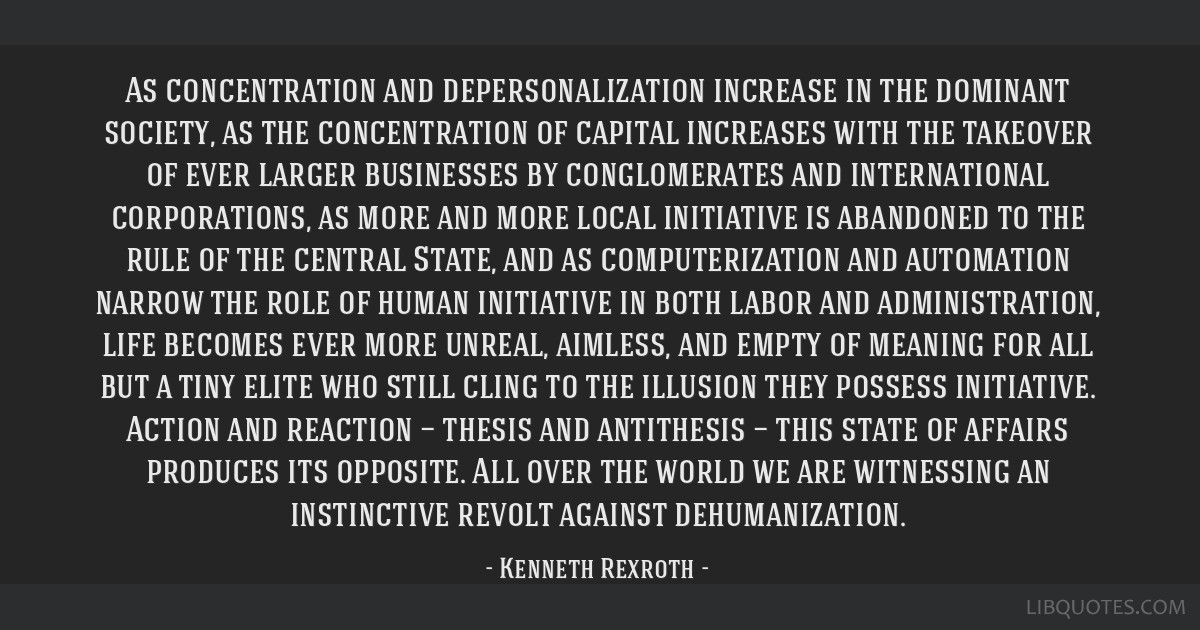 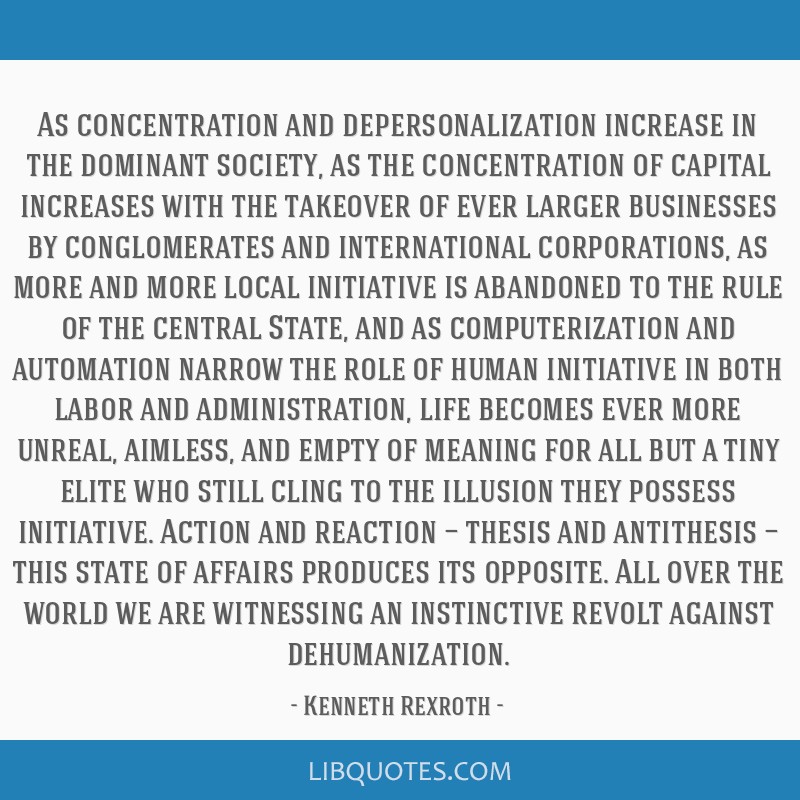 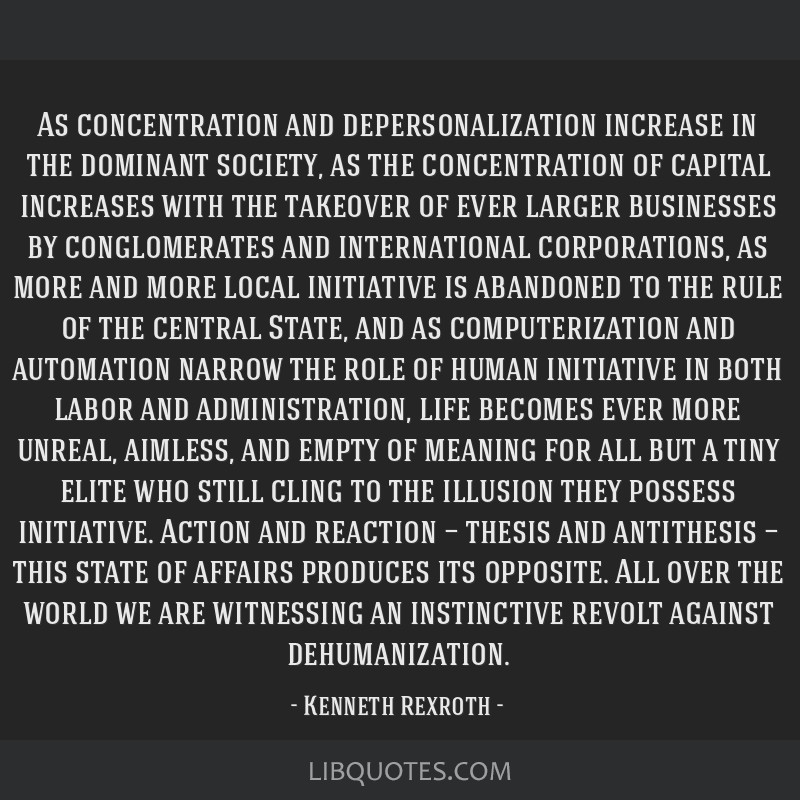