The possibility of peace, on whose behalf many are working, might perhaps become actual because the technical advances in offensive weapons make the prospect of a European war so disastrous, and because, if the nations were at grips again, even the victorious aggressor would be ruined. But there still remains open the possibility of a new war which, more dreadful than any that have preceded it would make an end of contemporary Europeans. 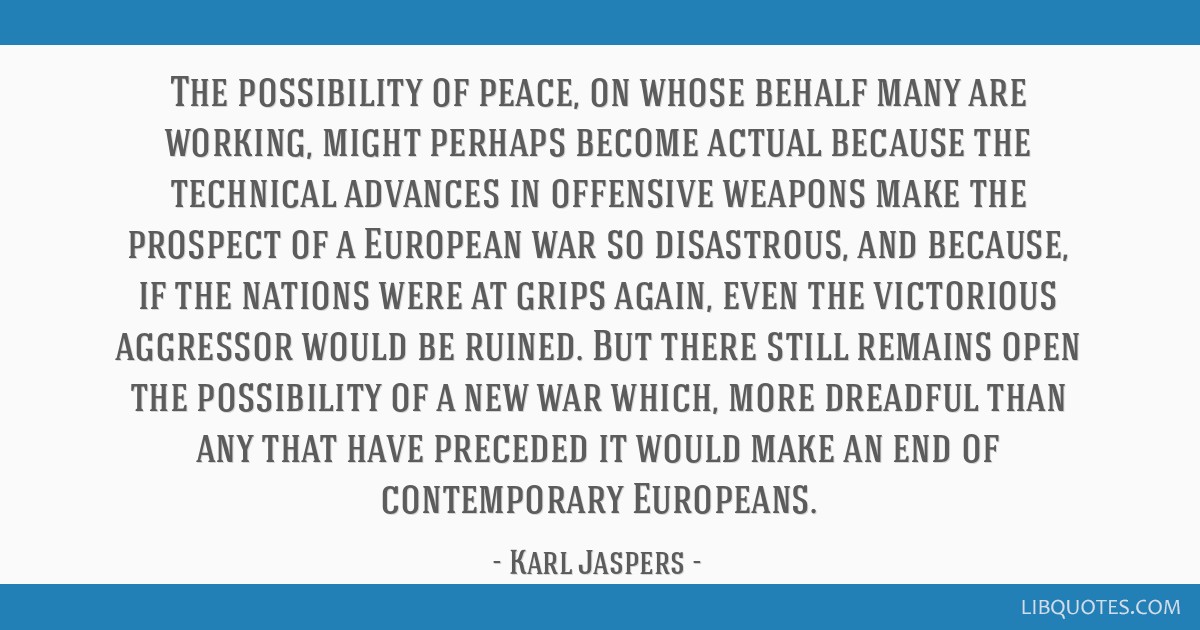 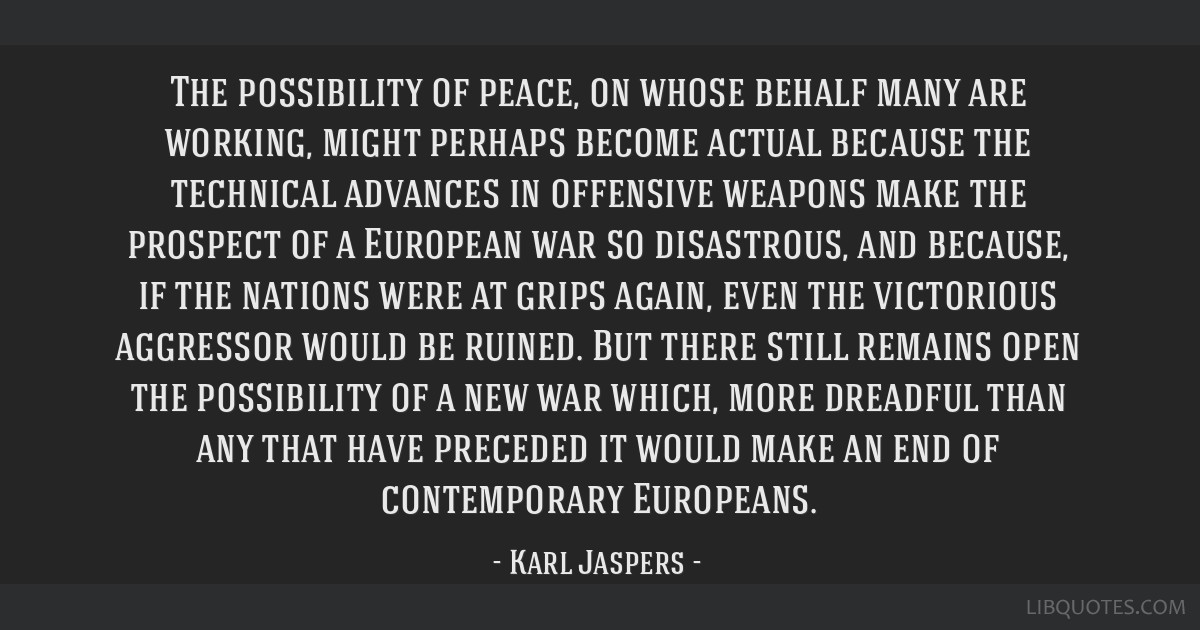 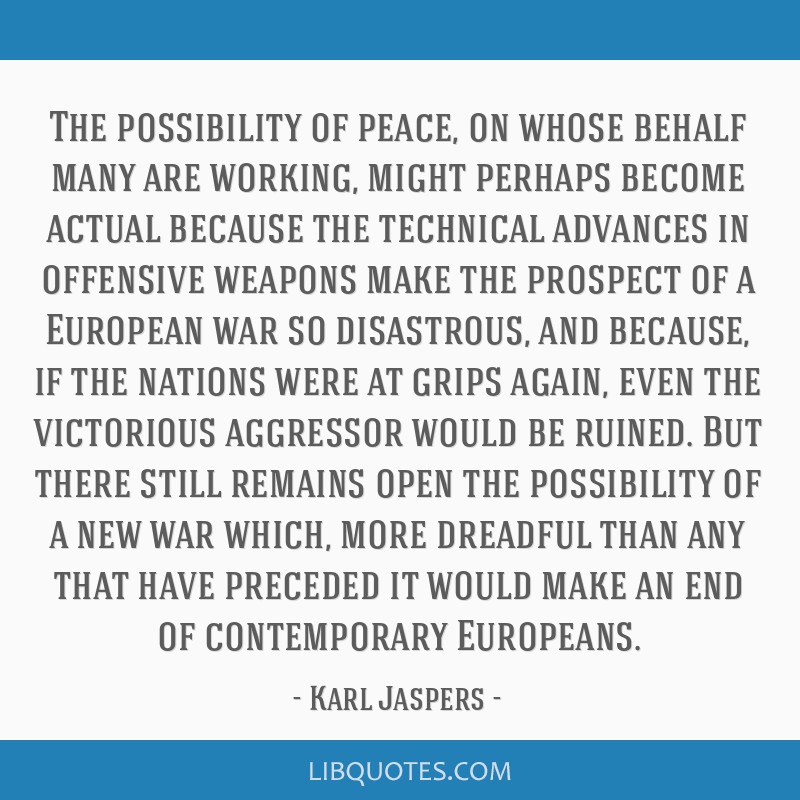 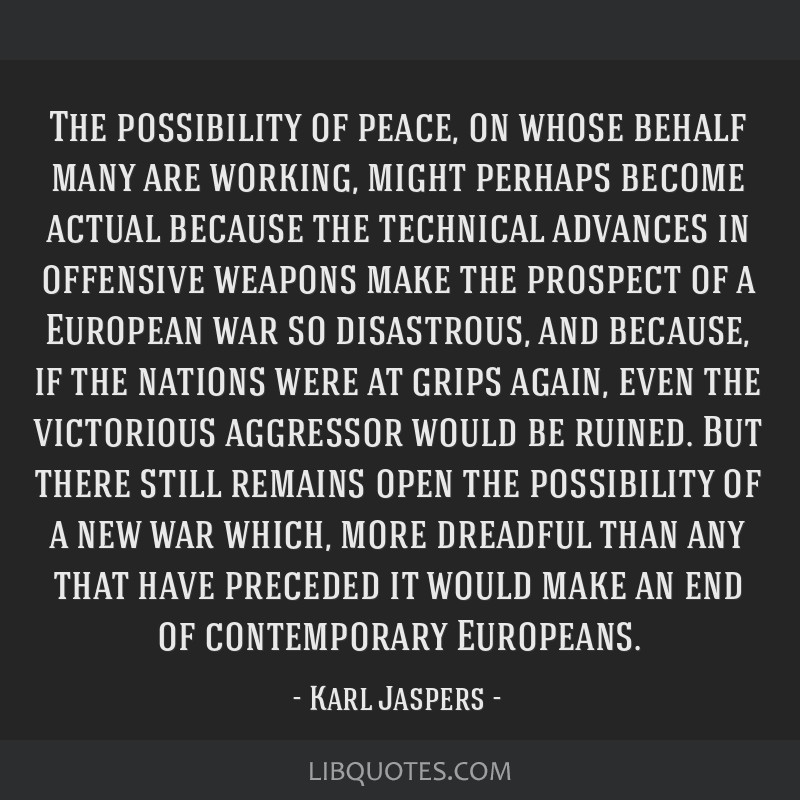 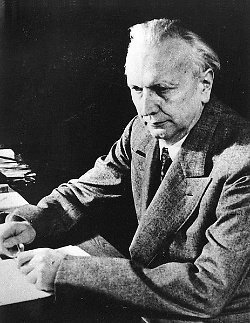