There are some forms of religion that must make God weep. There are some forms of religion that are bad, just as there's bad cooking or bad art or bad sex, you have bad religion too. Religion that has concentrated on egotism, that's concentrated on belligerence rather than compassion. … But then you have to remember that this is what human beings do. Secularism has shown that it can be just as murderous, just as lethal … as religion. Now I think one of the reasons why religion developed in the way that it did over the centuries was precisely to curb this murderous bent that we have as human beings. 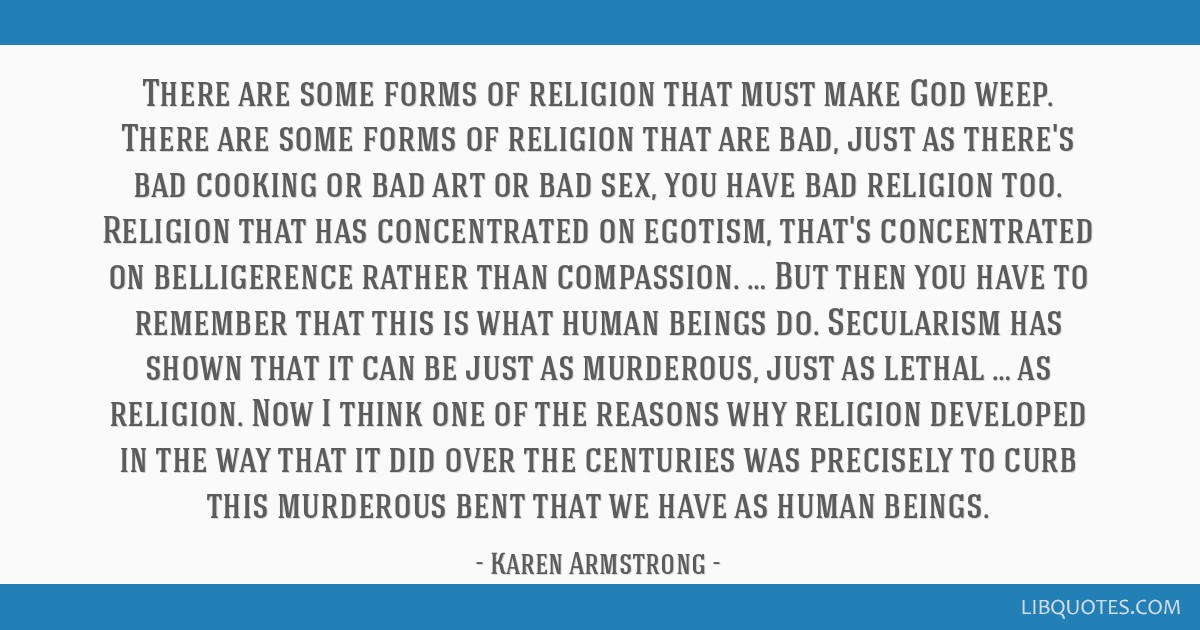 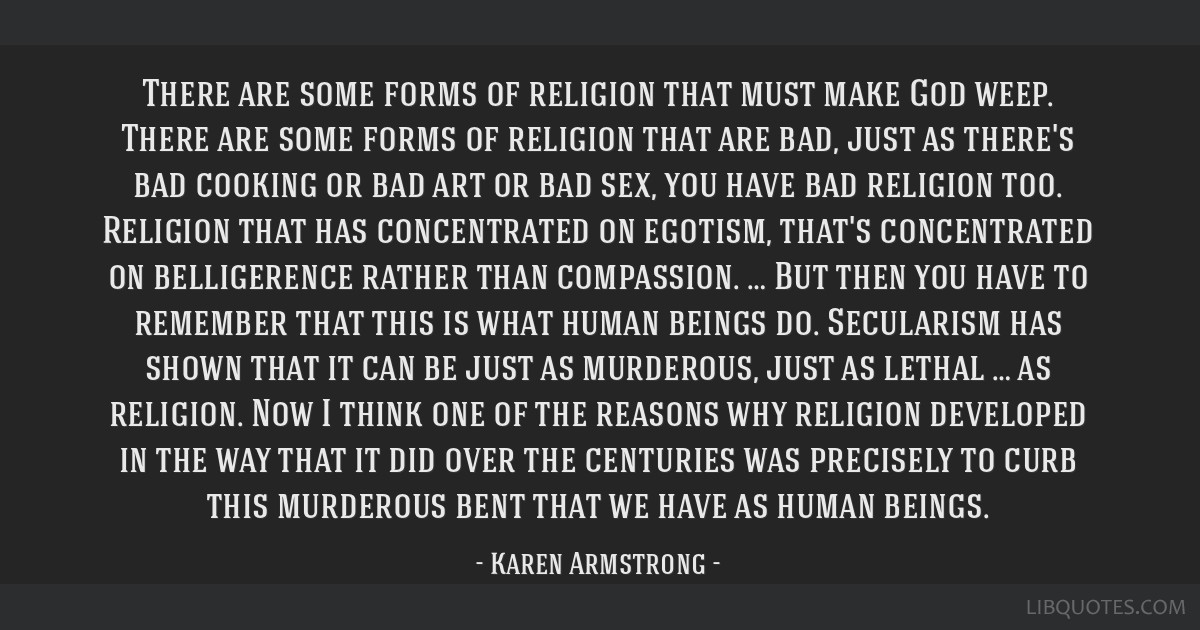 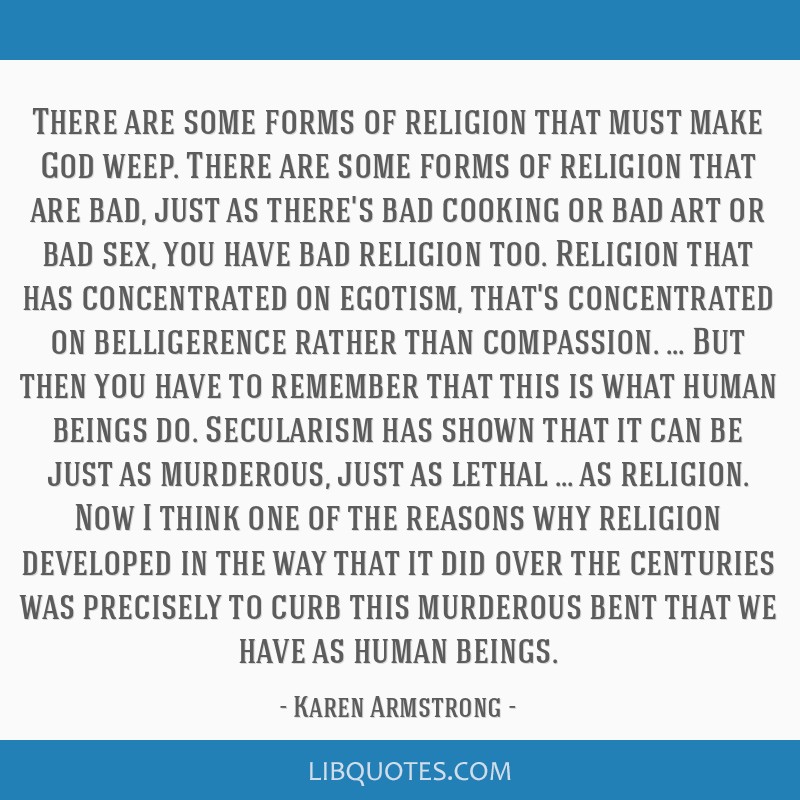 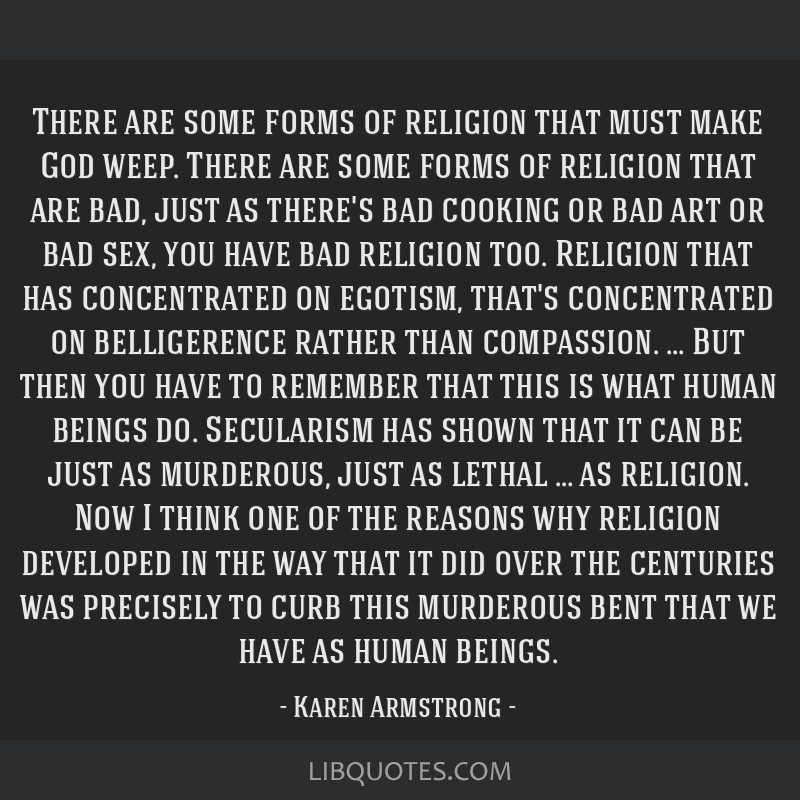