Jules Feiffer
Writing, I explained, was mainly an attempt to out-argue one's past; to present events in such a light that battles lost in life were either won on paper or held to a draw.

Jules Feiffer
Artists can color the sky red because they know it's blue. Those of us who aren't artists must color things the way they really are or people might think we're stupid.

Jules Feiffer
It is not size or age or childishness that separates children from adults. It is "responsibility." 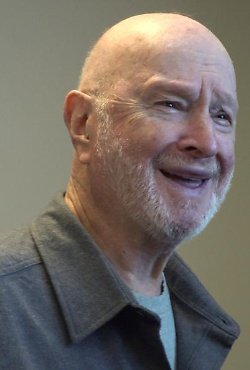 Creative Commons
Born: January 26, 1929 (age 93)
Bio: Jules Ralph Feiffer is an award-winning American syndicated cartoonist and author, who was considered the most widely read satirist in the country.
Known for: