Although the term Pueblo in Spanish literally means the people, and their towns, it is here specifically applied to the Christianized Indians (as well as their villages)— to those aborigines whom the Spaniards not only subjected to their laws, but to an acknowledgment of the Romish faith, and upon whom they forced baptism and the cross in exchange for the vast possessions of which they robbed them. All that was left them was, to each Pueblo a league or two of land situated around their villages, the conquerors reserving to themselves at least ninety-nine hundredths of the whole domain as a requital for their generosity. 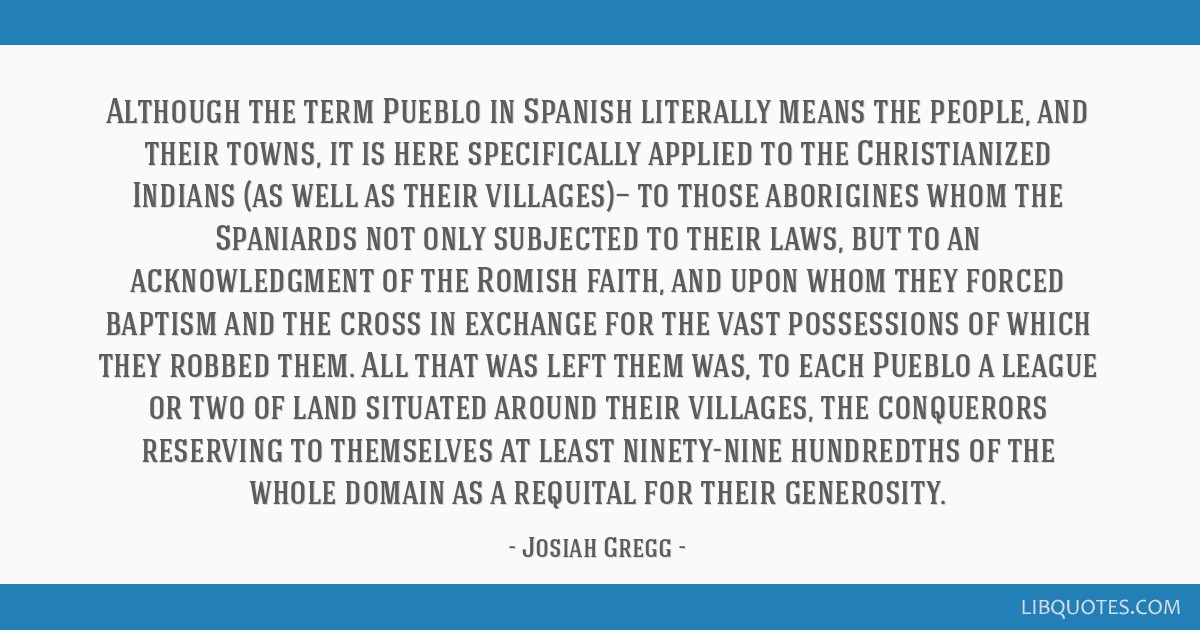 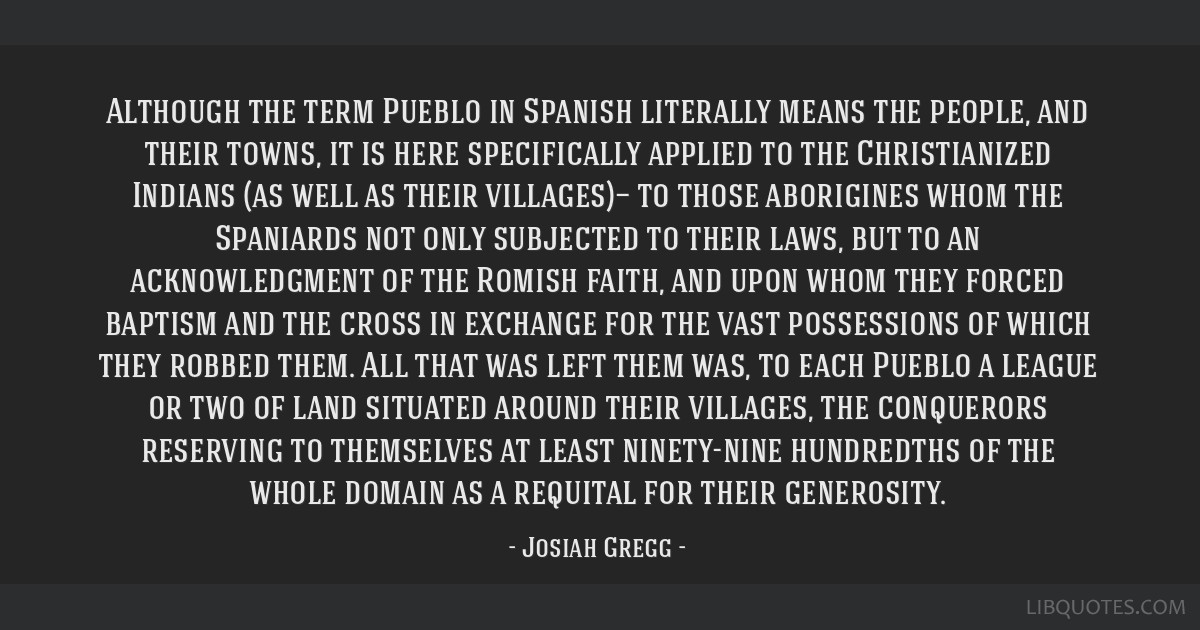 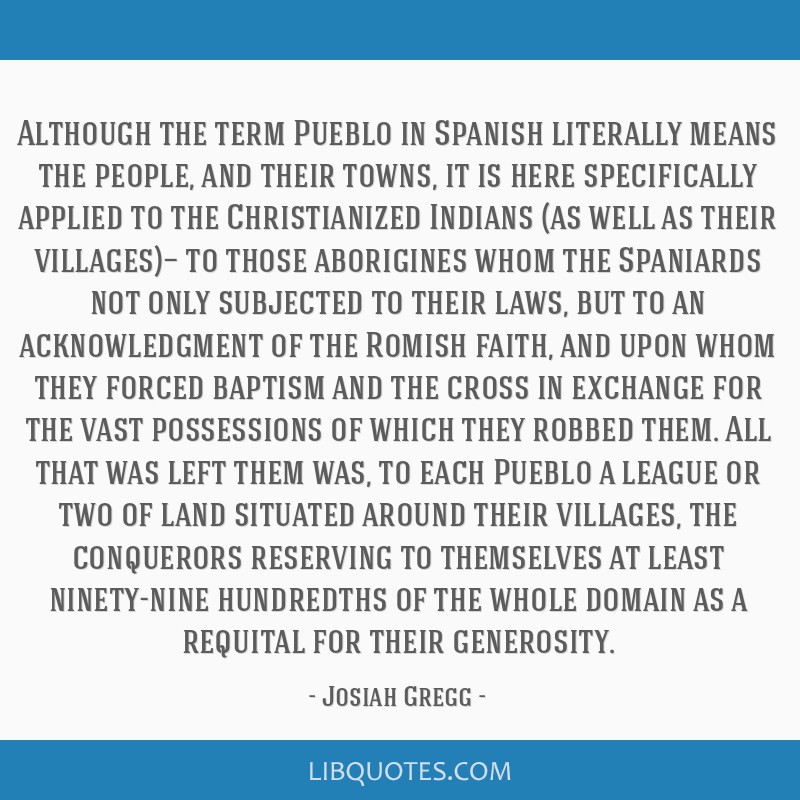 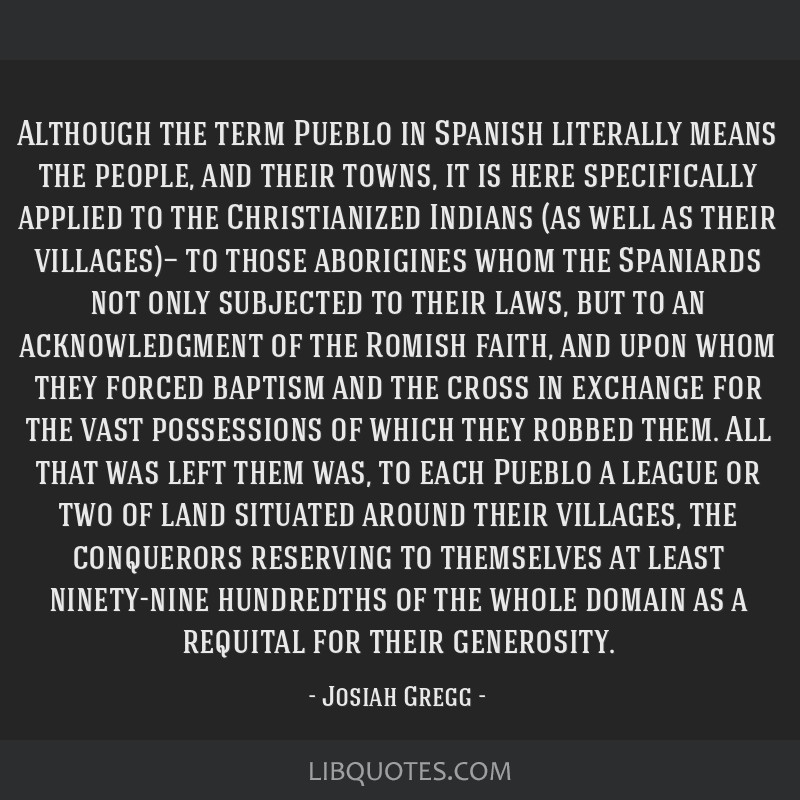