When the news of their defeat reached Taos, the friends and relatives of the slain — the whole population indeed, were incensed beyond measure; and two or three, naturalized foreigners who were supposed to favor the cause of Texas, and who were in good standing before, were now compelled to flee for their lives; leaving their houses and property a prey to the incensed rabble. Such appears to have been the reaction of public sentiment resulting from the catastrophe upon the Prairies! 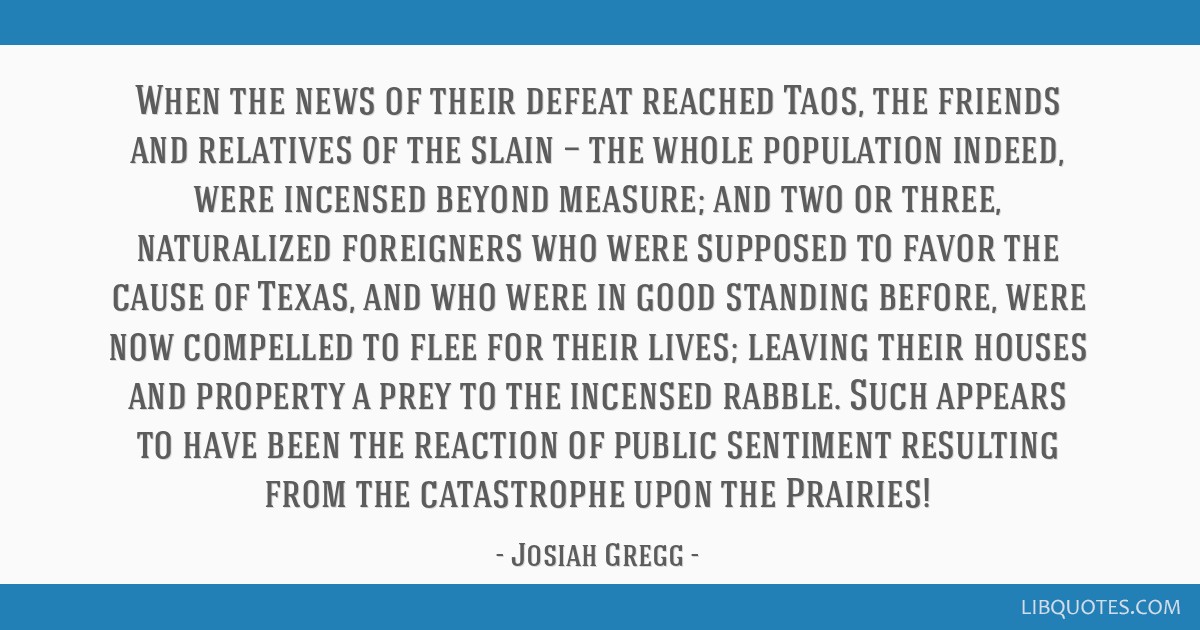 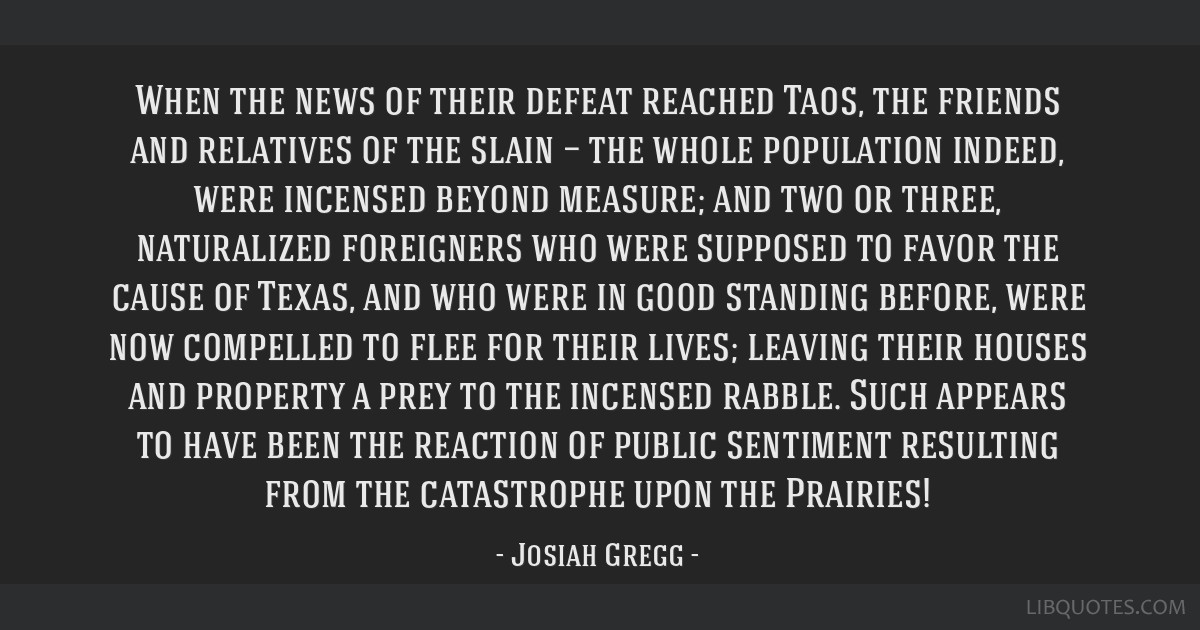 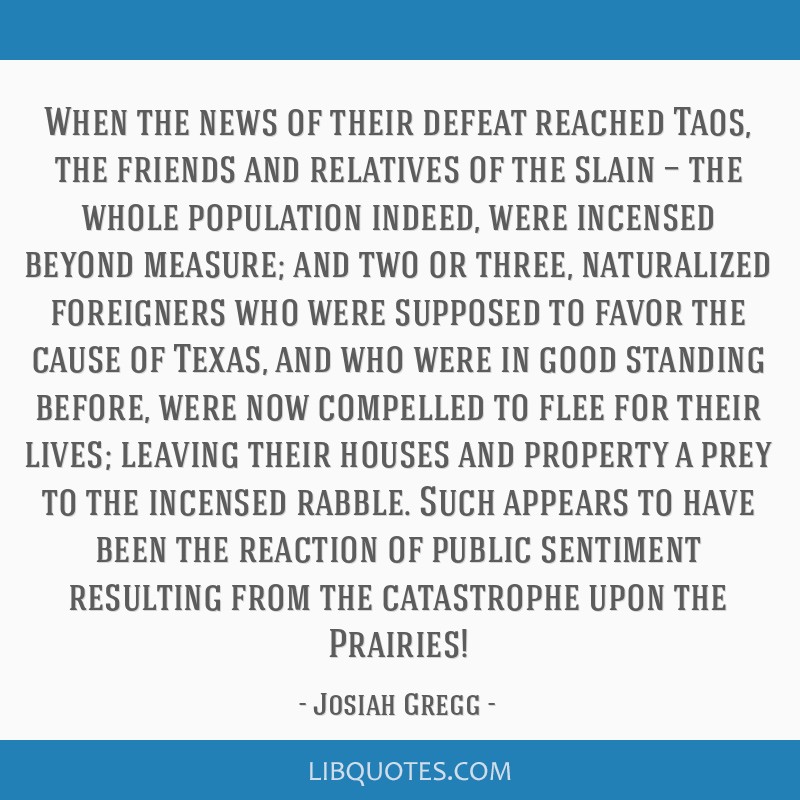 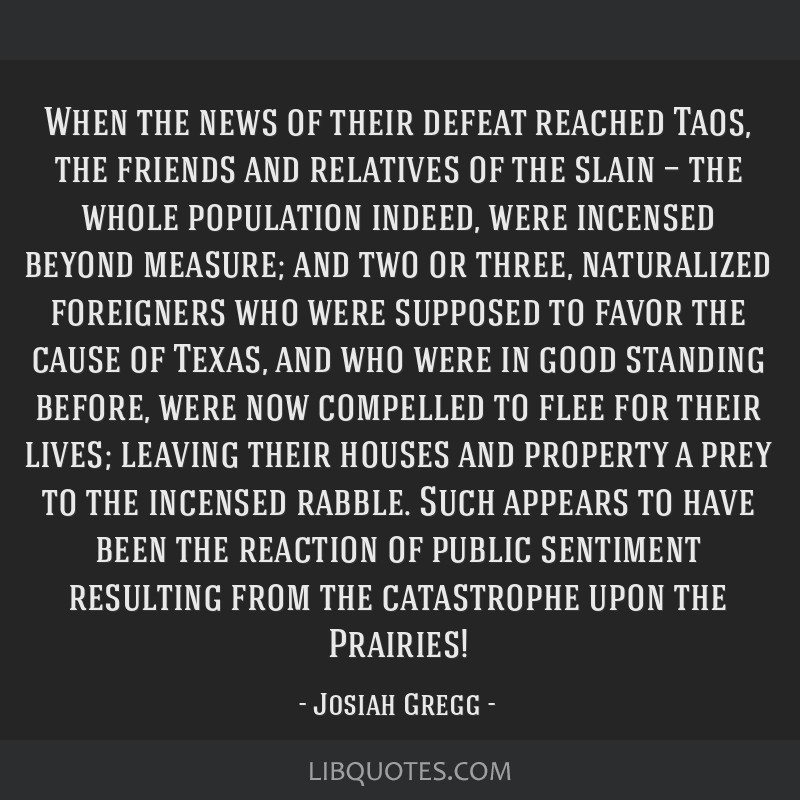