Moving further away from realist models, we come to some core ideas of modern sociological institutionalism (see DiMaggio & Powell, 1983; Powell & DiMaggio, 1991; Scott, 2001; Jepperson, 2002; Hasse & Kruecken, 2005). Here, actors are substantially empowered and controlled by institutional contexts, and these contexts go far beyond a few norms or network structures. Further, these contexts are by no means simply constructions built up by the contemporary actors themselves, but rather are likely to have prior and exogenous historical origins. 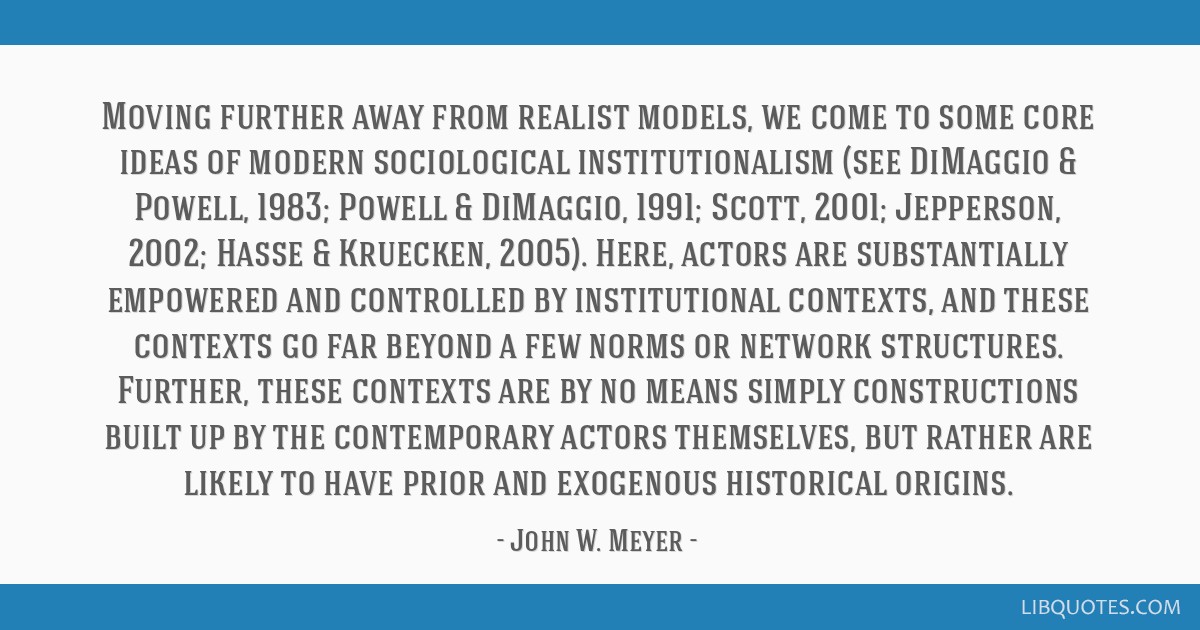 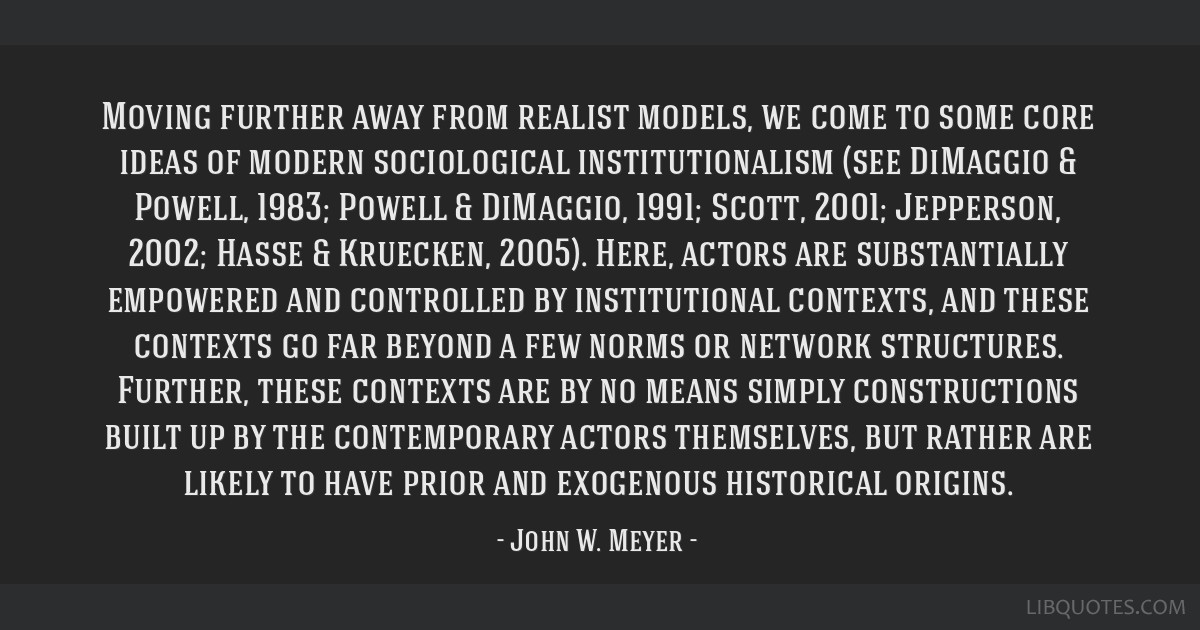 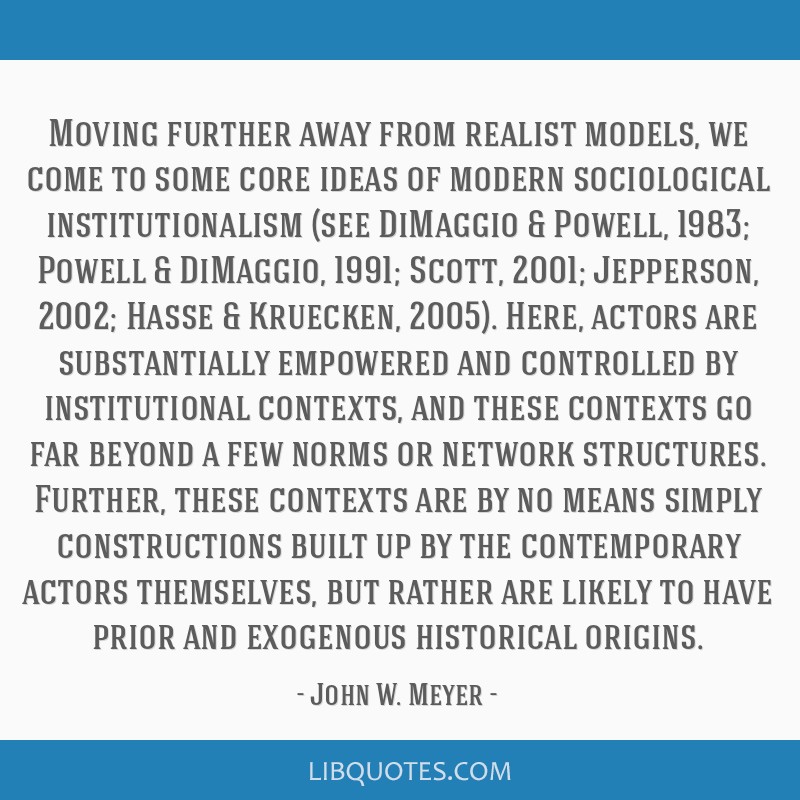 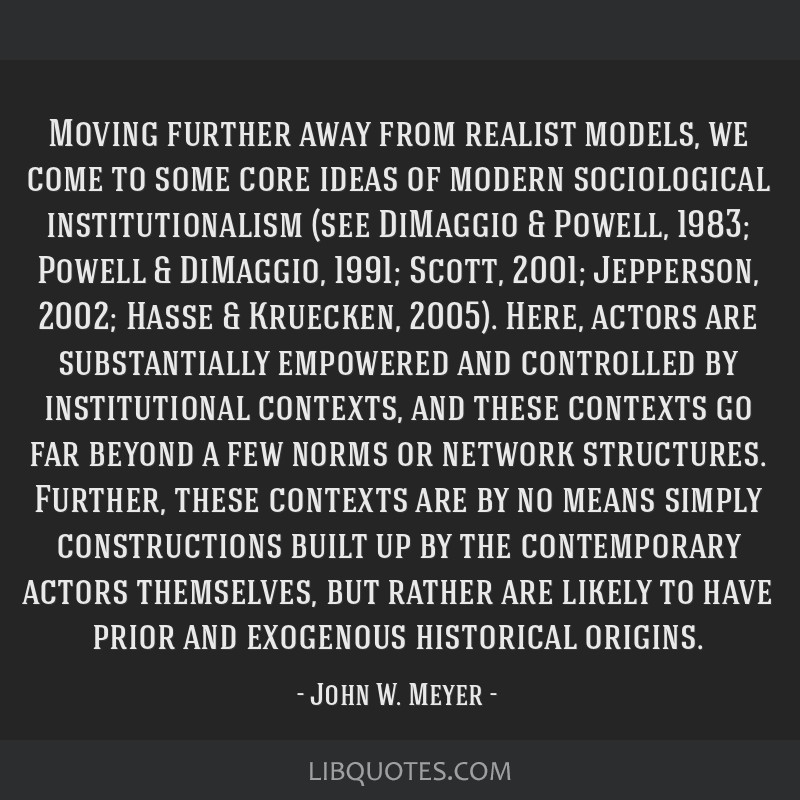