I wish to have no connection with any ship that does not sail fast; for I intend to go in harm's way.

John Paul Jones
Where men of fine feeling are concerned there is seldom misunderstanding.

John Paul Jones
I would lay down my life for America, but I cannot trifle with my honor.

John Paul Jones
A navy is essentially and necessarily aristocratic. True as may be the political principles for which we are now contending they can never be practically applied or even admitted on board ship, out of port, or off soundings. This may seem a hardship, but it is nevertheless the simplest of truths. Whilst the ships sent forth by the Congress may and must fight for the principles of human rights and republican freedom, the ships themselves must be ruled and commanded at sea under a system of absolute despotism. 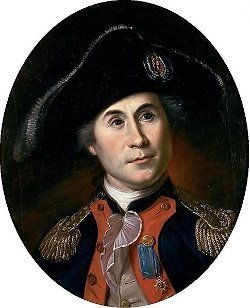