G. I. Gurdjieff's sexual life was strange in its unpredictability. At certain times he led a strict, almost ascetic life, having no relation with women at all. At other times, his sex life seemed to go wild and it must be said that his unbridled periods were more frequent than the ascetic. At times, he had sexual relationships not only with almost any woman who happened to come within the sphere of his influence, but also with his own pupils. Quite a number of his women pupils bore him children and some of them remained closely connected with him all their lives. Others were just as close to him, as far as one could tell, without a sexual relationship. 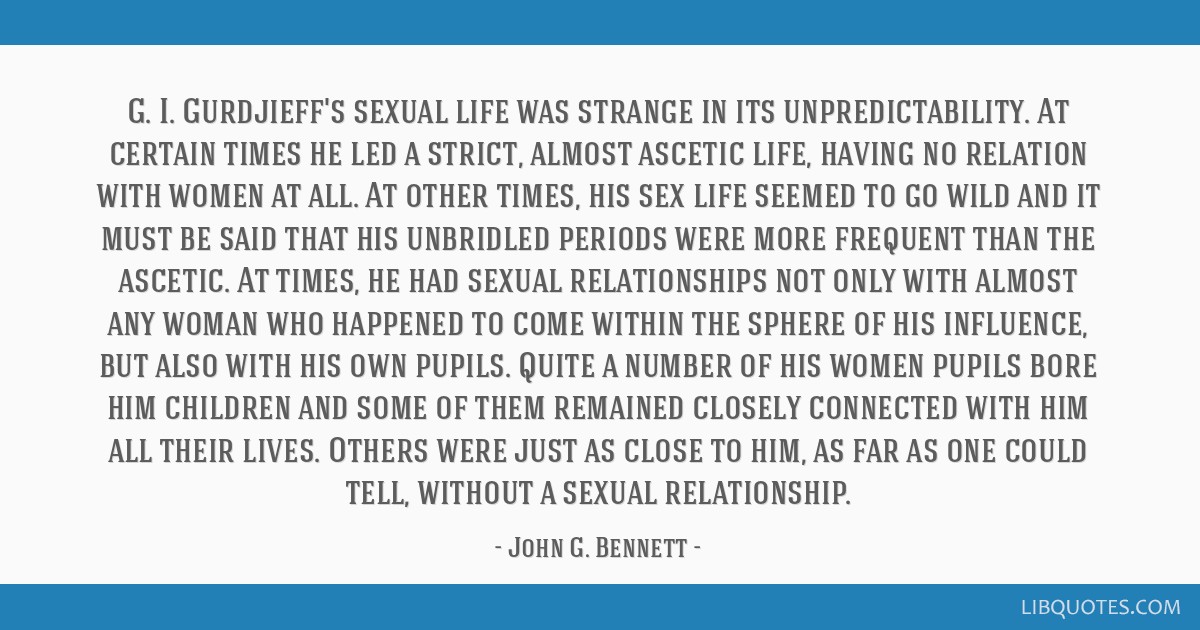 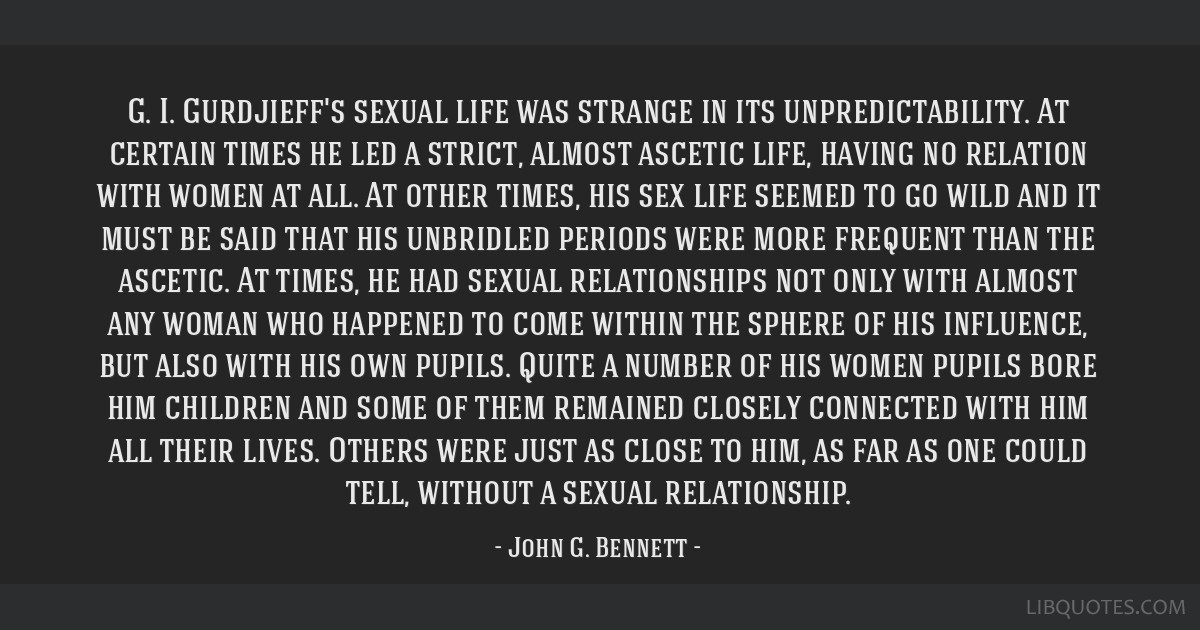 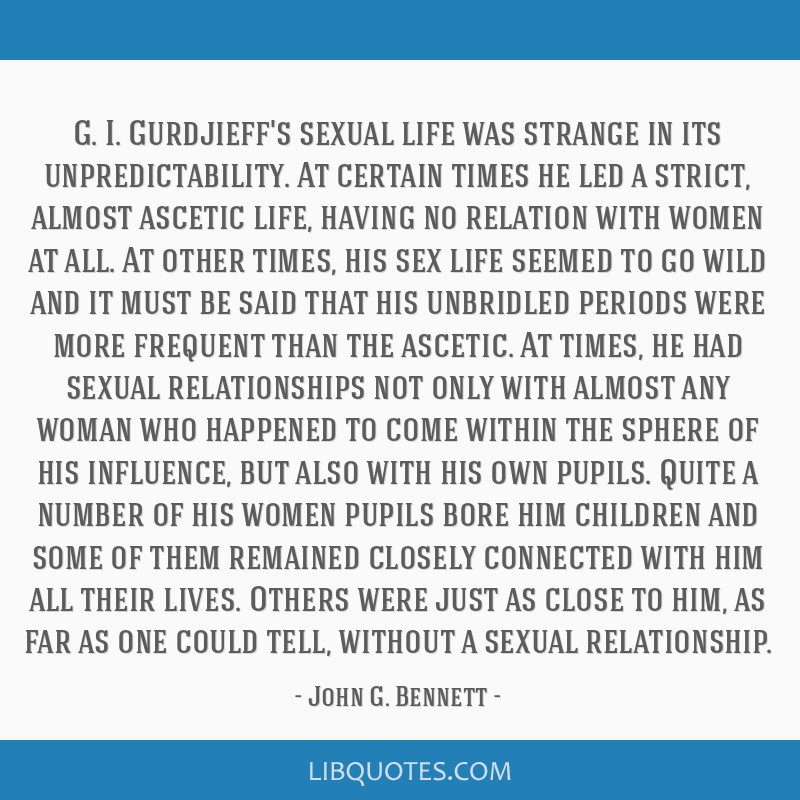 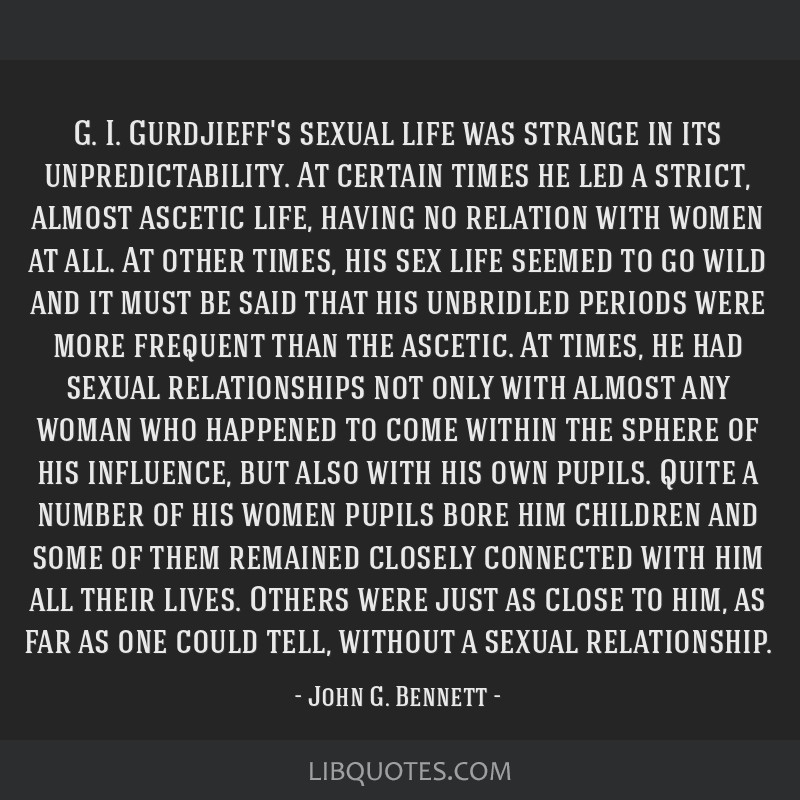