Each human reality is at the same time a direct project to metamorphose its own For-itself into an In-itself-For-itself, a project of the appropriation of the world as a totality of being-in-itself, in the form of a fundamental quality. Every human reality is a passion in that it projects losing itself so as to found being and by the same stroke to constitute the In-itself which escapes contingency by being its own foundation, the Ens causa sui, which religions call God. Thus the passion of man is the reverse of that of Christ, for man loses himself as man in order that God may be born. But the idea of God is contradictory and we lose ourselves in vain. Man is a useless passion. 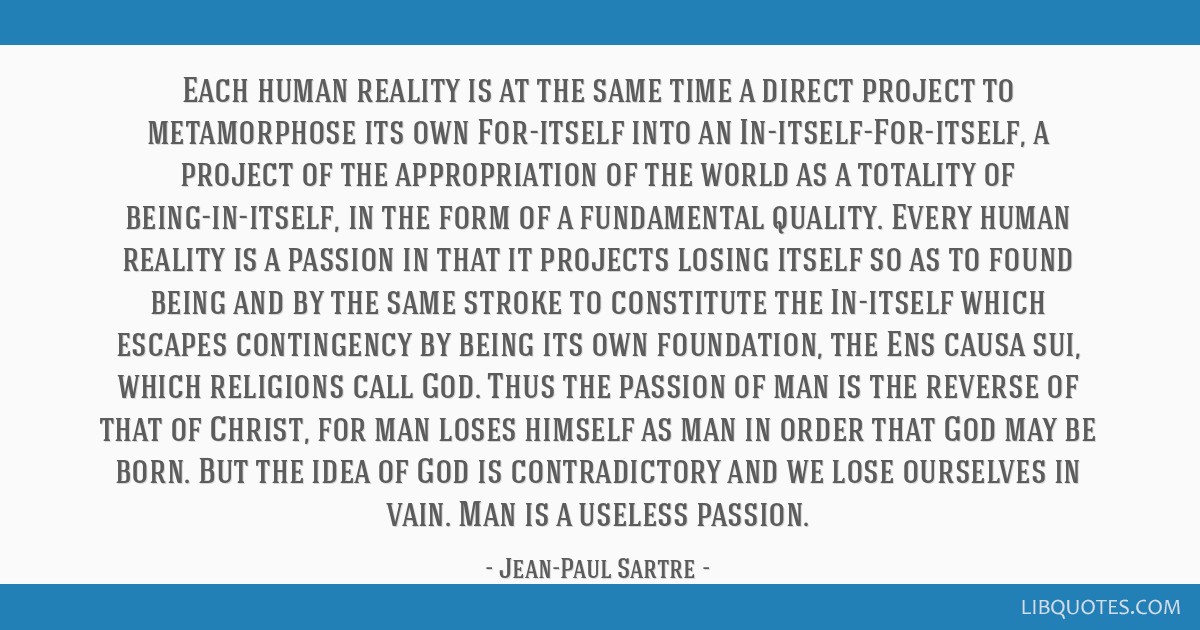 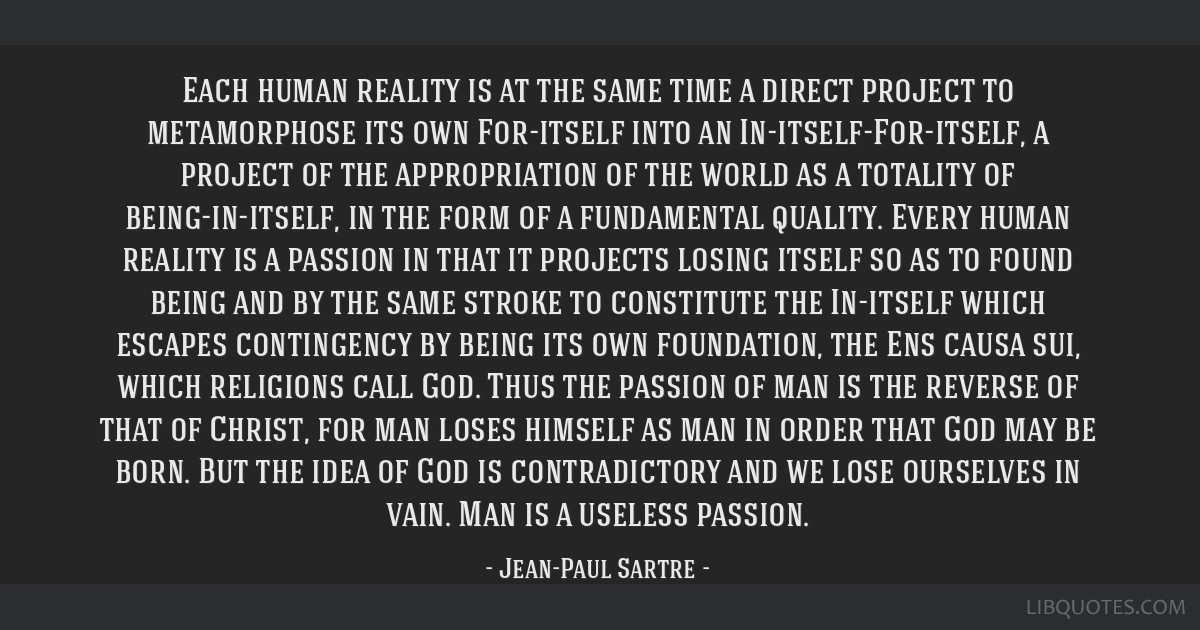 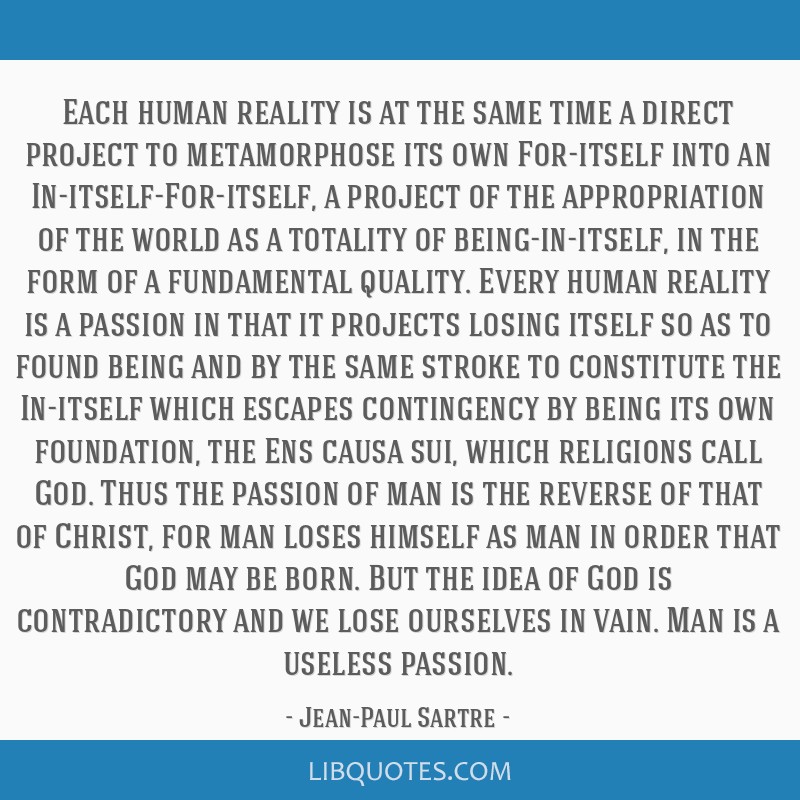 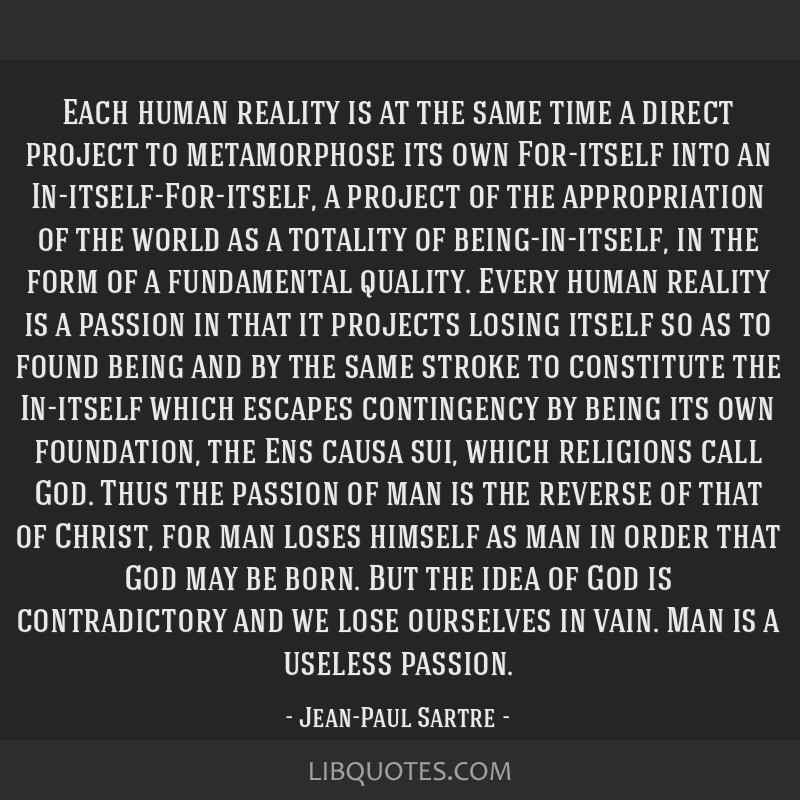 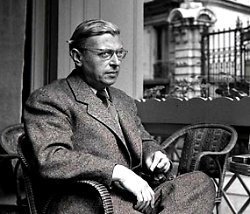