You know George W. Bush is a war-time president, he says - proudly. Guess what. War is failure! When you are at war, you have failed! When you have gone to a war of choice and lied about it, you're a double-triple, triple-quadruple failure! Or a warlord. It's called a warlord in other countries. A war time president here. One man's ceiling I guess is another man's floor. George Bush is a warlord. He's a failure! 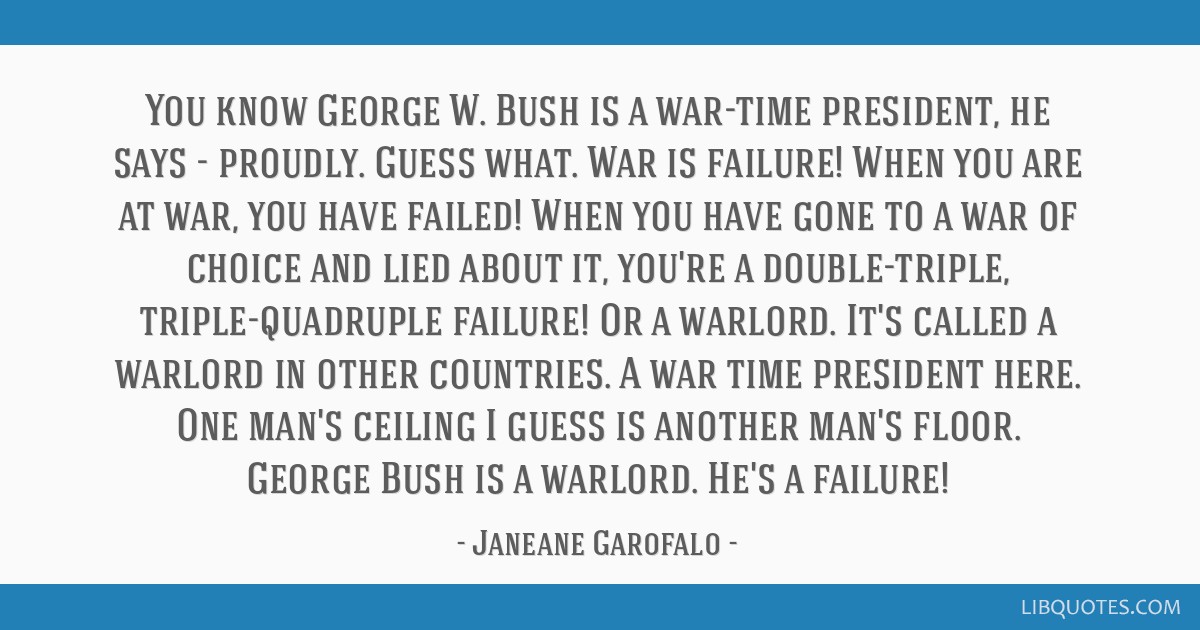 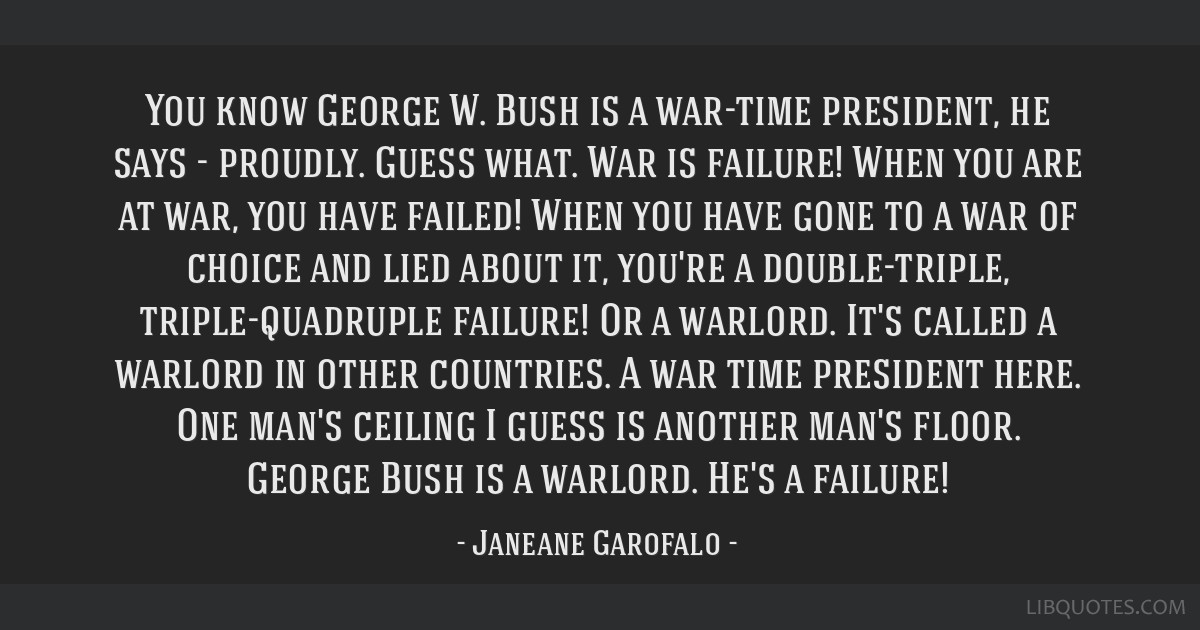 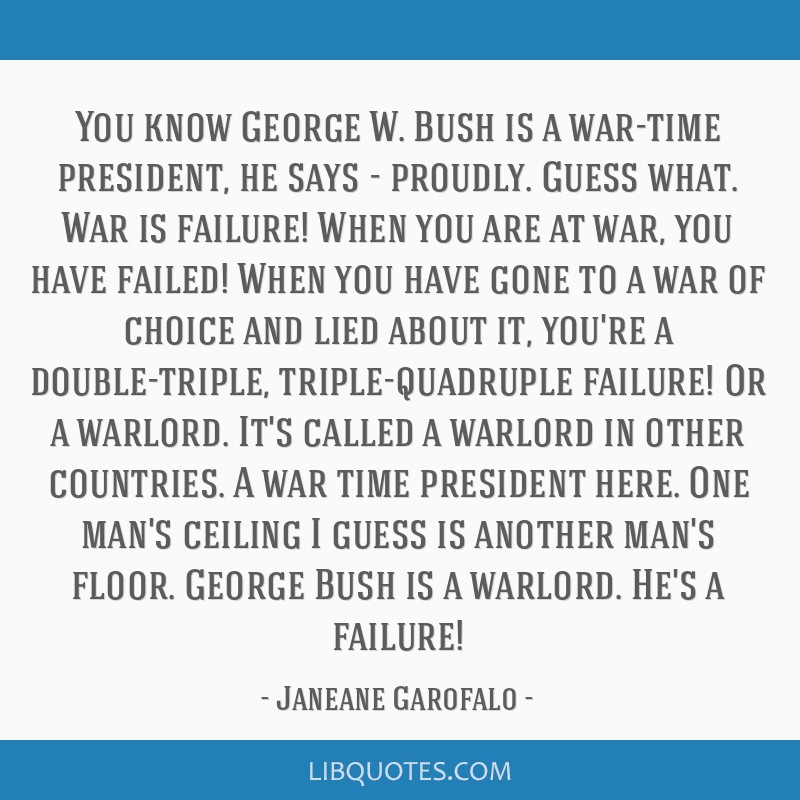 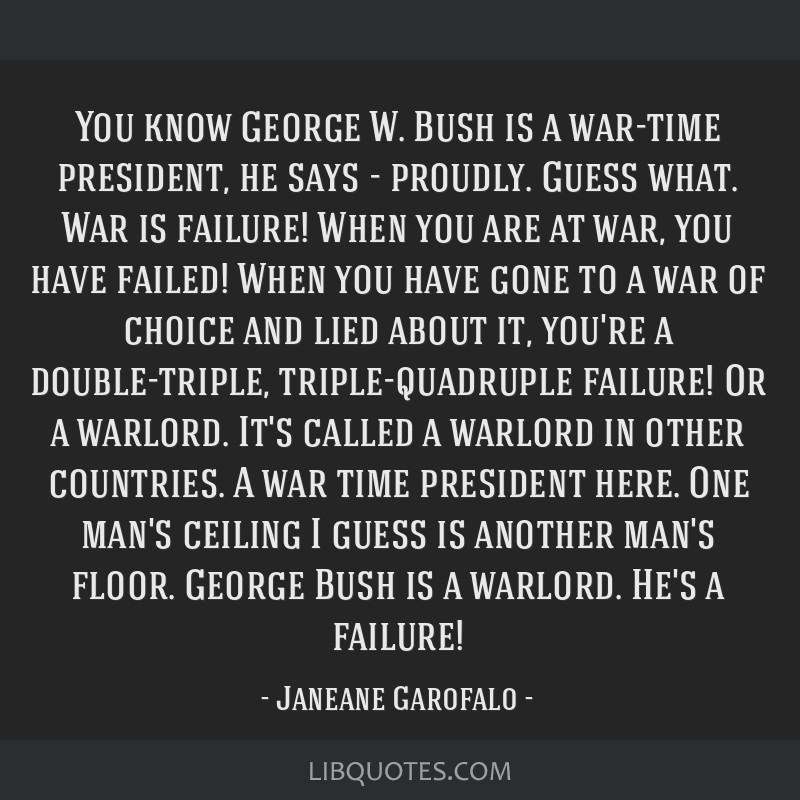 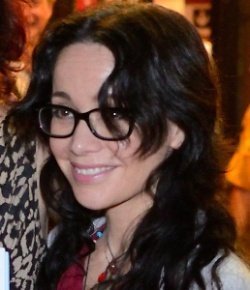