The earth in its rapid motion round the sun possesses a degree of living force so vast that, if turned into the equivalent of heat, its temperature would be rendered at least one thousand times greater than that of red-hot iron, and the globe on which we tread would in all probability be rendered equal in brightness to the sun itself. 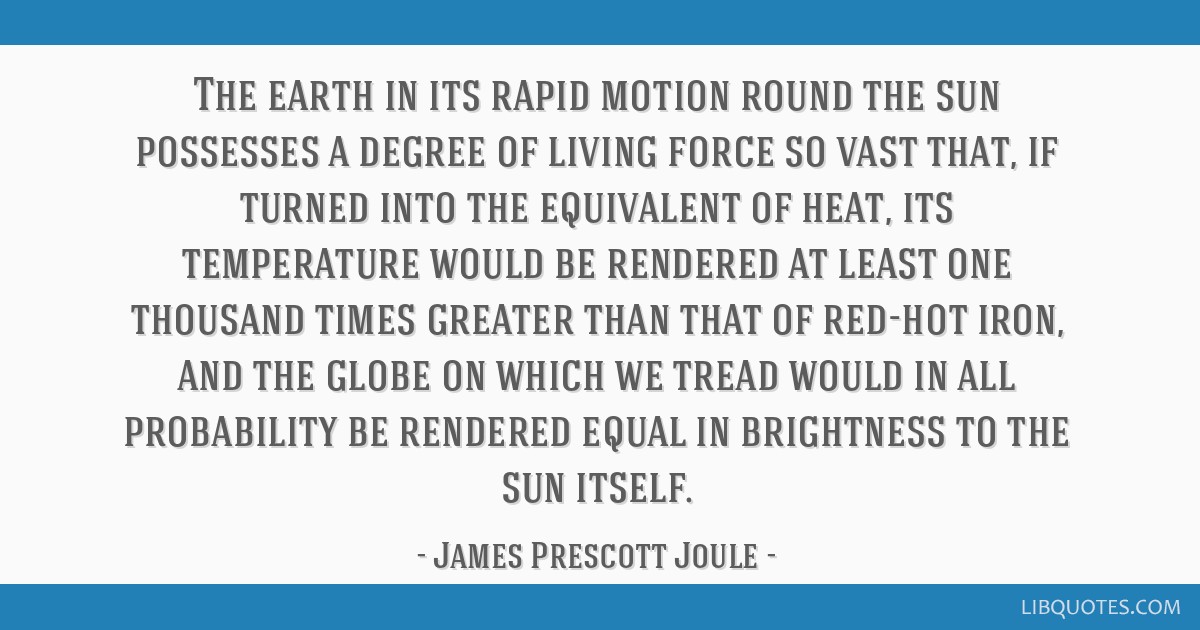 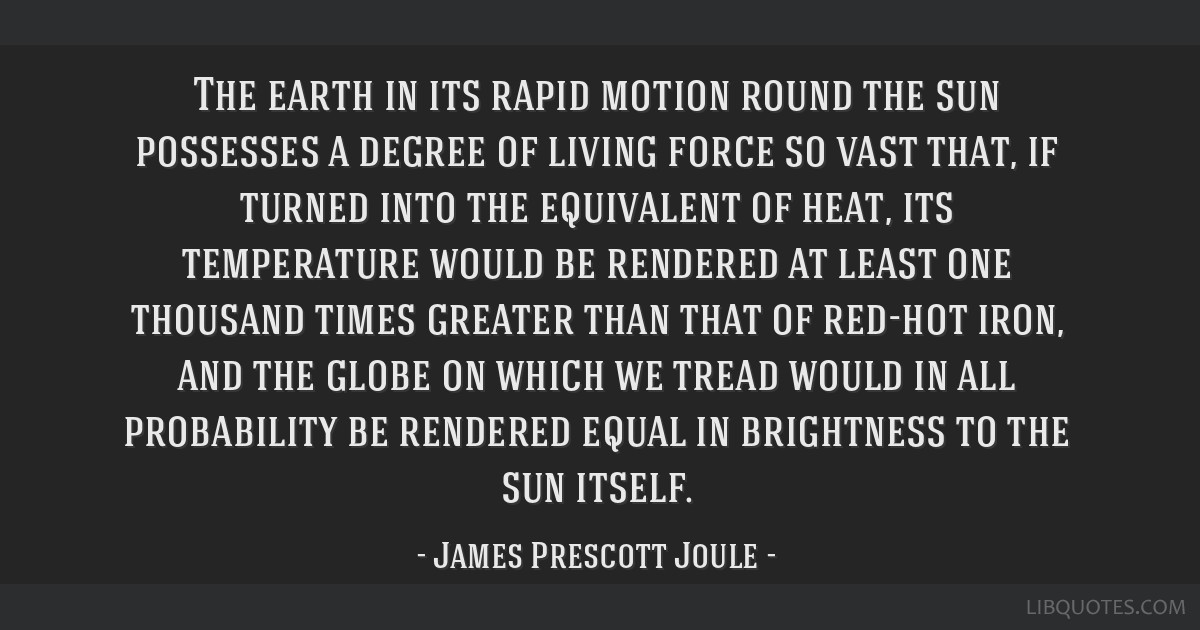 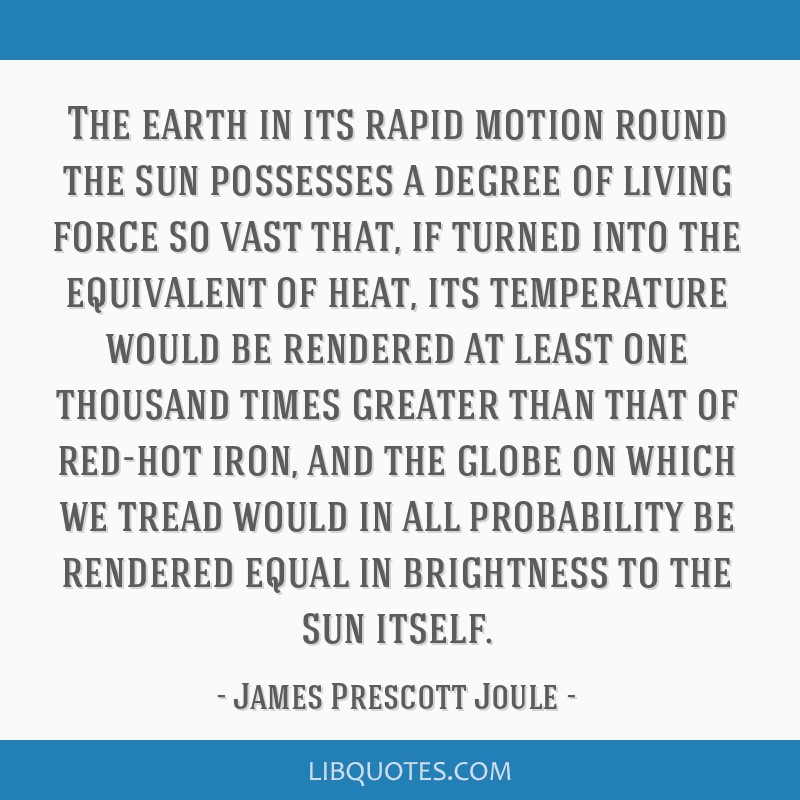 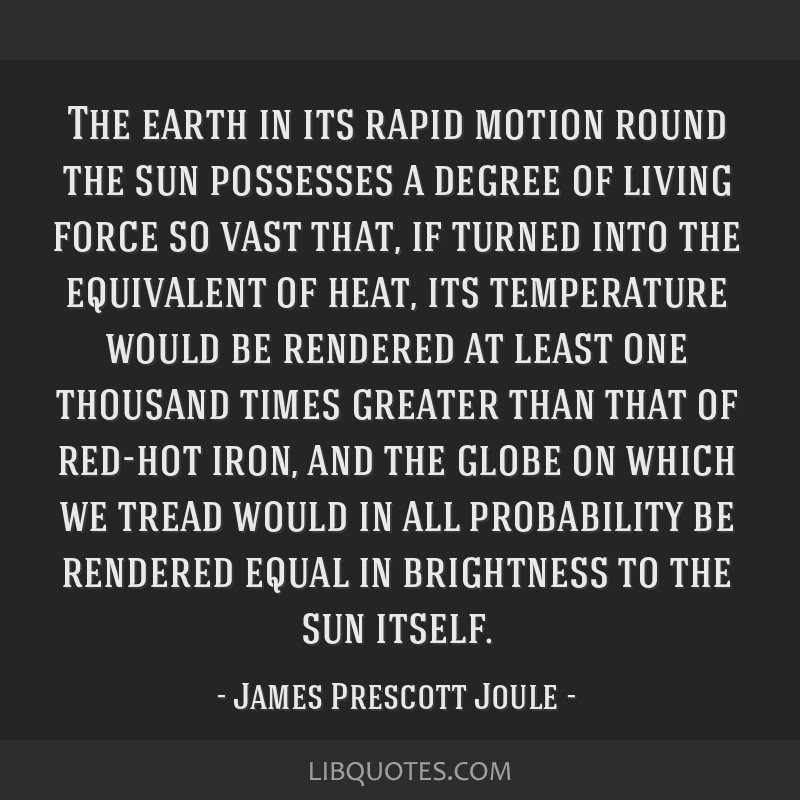 When I think of art I think of beauty. Beauty is the mystery of life. It is not in the eye it is in the mind. In our minds there is awareness of perfection.
Agnes Martin 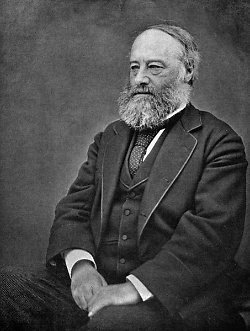