He hated the sight of his beard…. He hated also the outcropping of gray that had insidiously appeared in his mustache, on the left side of his chin, and in his sideburns. These gray bristles were, he knew, the advance scouts of a relentless, wintry invasion. And there would be no stopping the march of the hours, the days, the years. 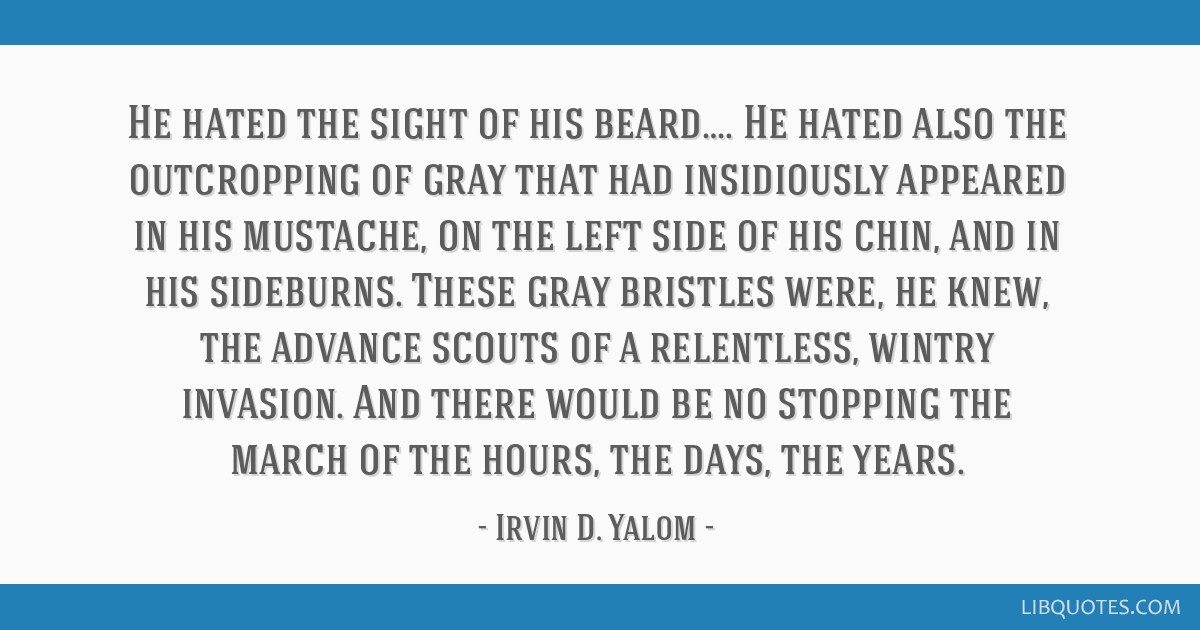 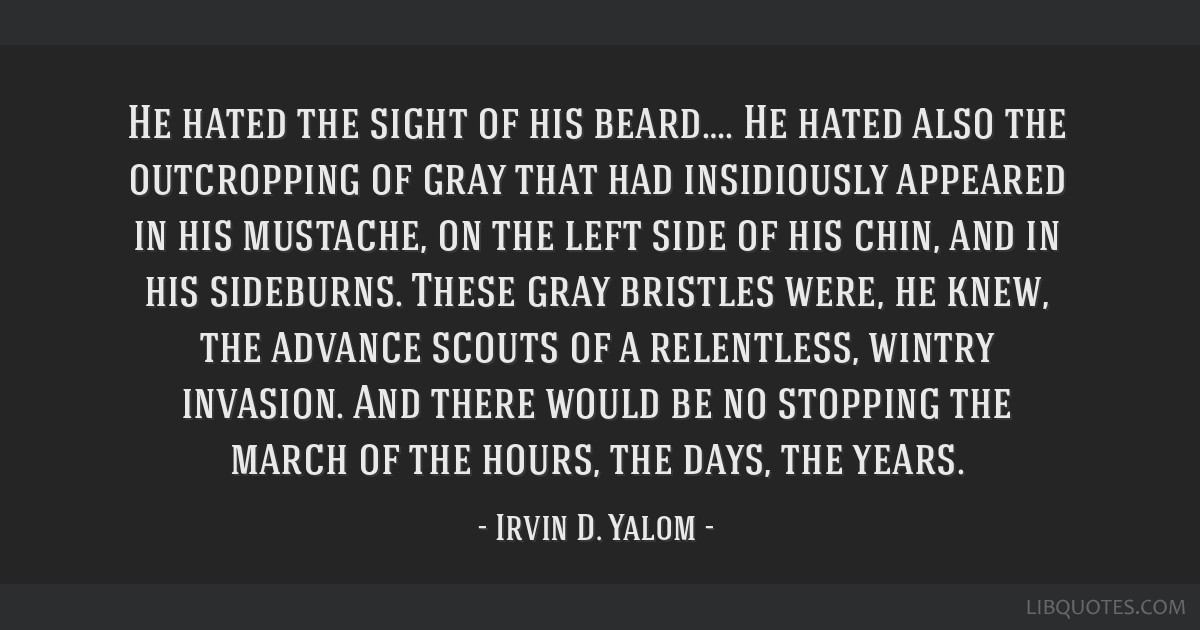 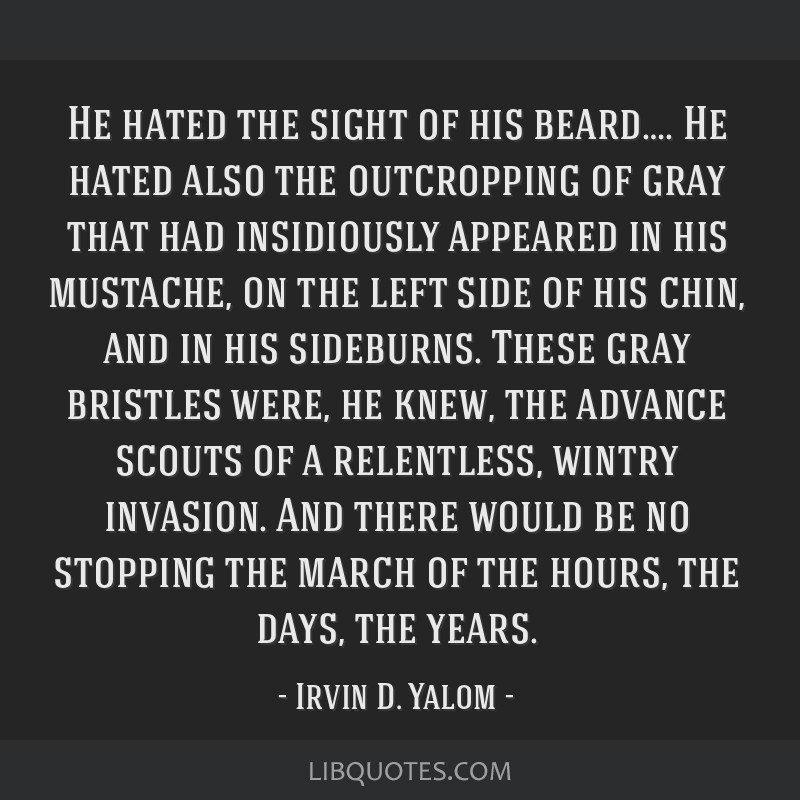 I have no riches but my thoughts, Yet these are wealth enough for me.
Sara Teasdale 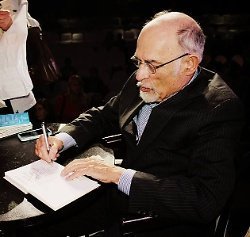