Where people work longest and with least leisure, they buy the fewest goods. No towns were so poor as those of England where the people, from children up, worked fifteen and sixteen hours a day. They were poor because these overworked people soon wore out — they became less and less valuable as workers. Therefore, they earned less and less and could buy less and less. 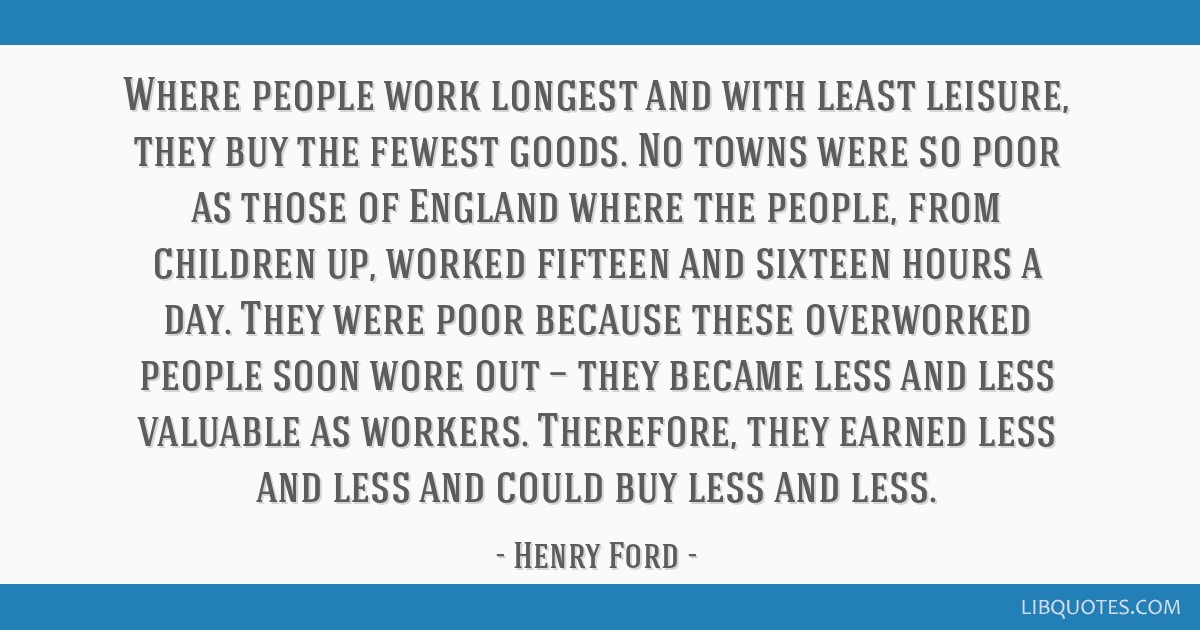 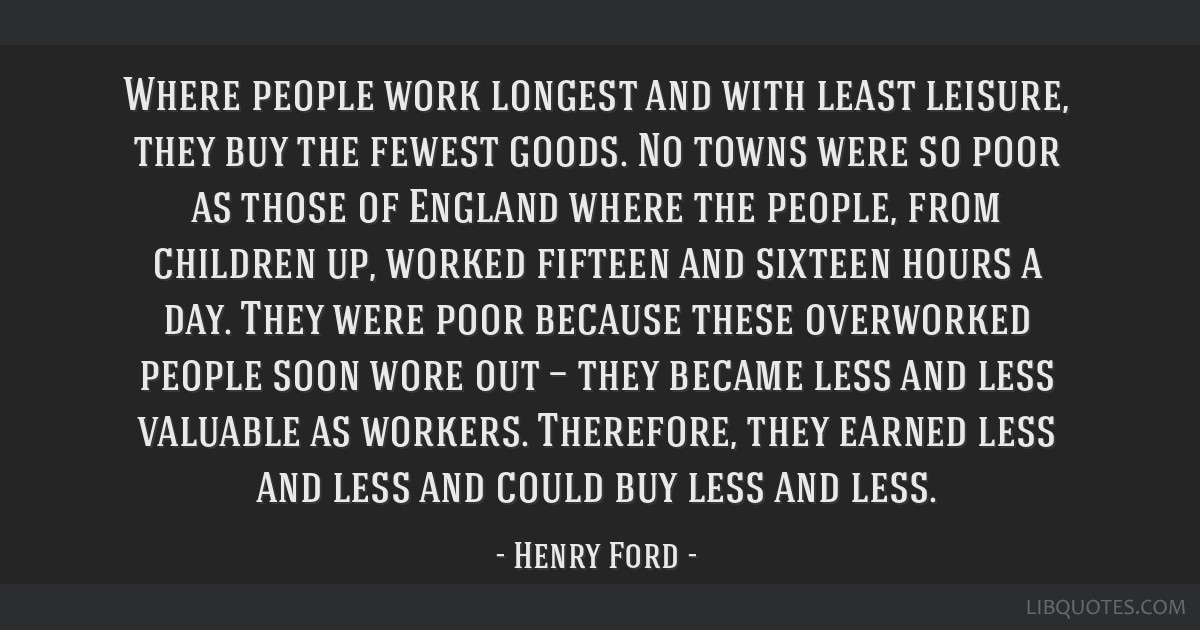 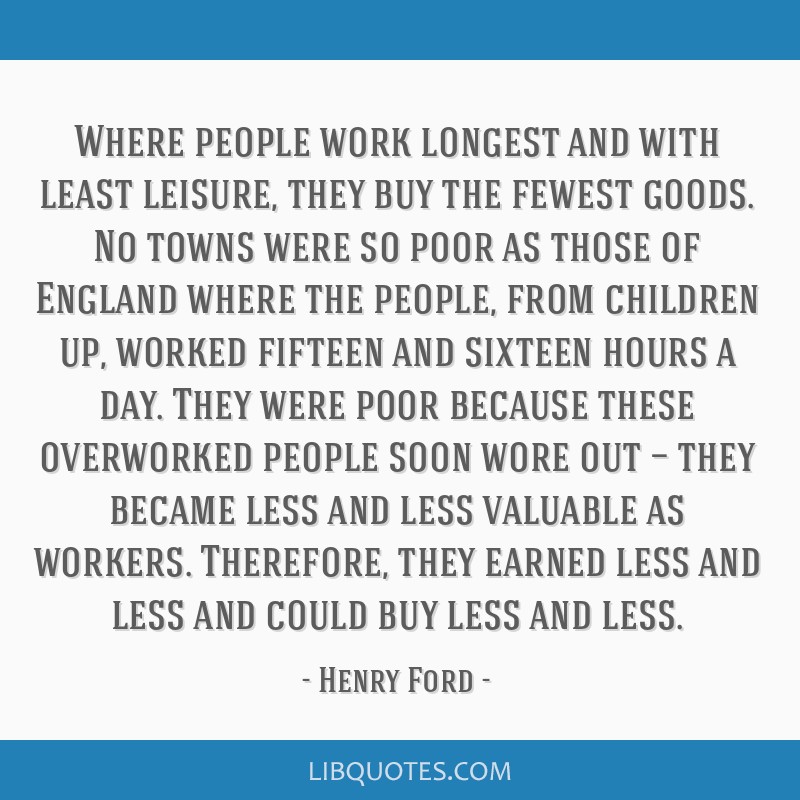 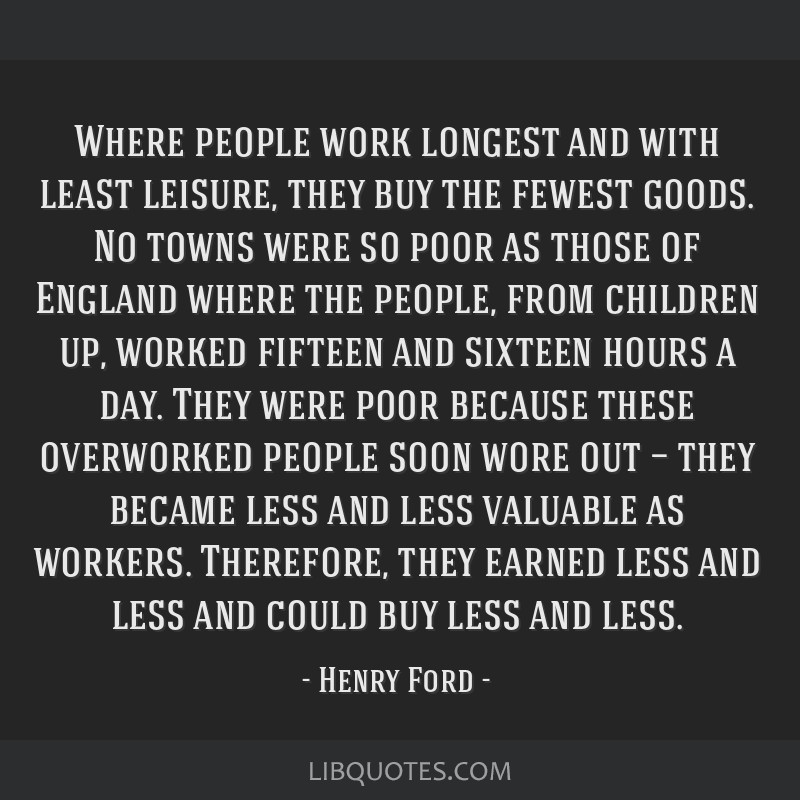 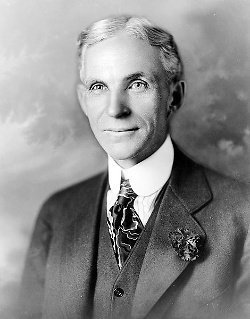