According to Abraham Lincoln, public opinion always has a central idea from which all its minor thoughts radiate. The central idea of the American Founding—and indeed of constitutional government and the rule of law—was the equality of mankind. This thought is central to all of Lincoln's speeches and writings, from 1854 until his election as president in 1860. It is immortalized in the Gettysburg Address. 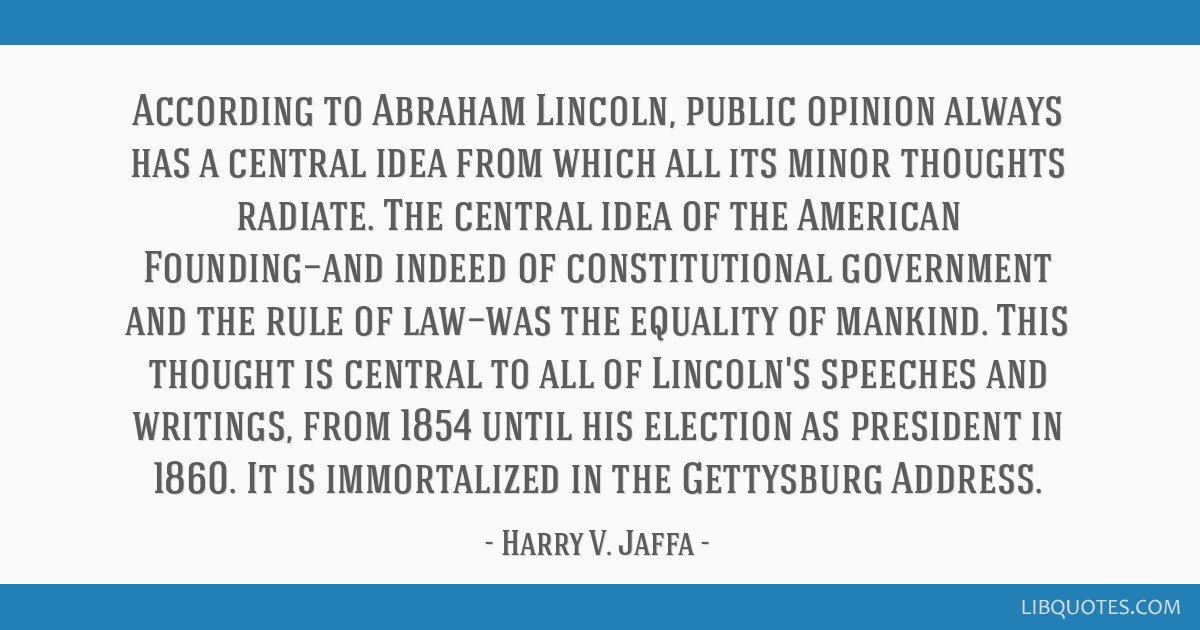 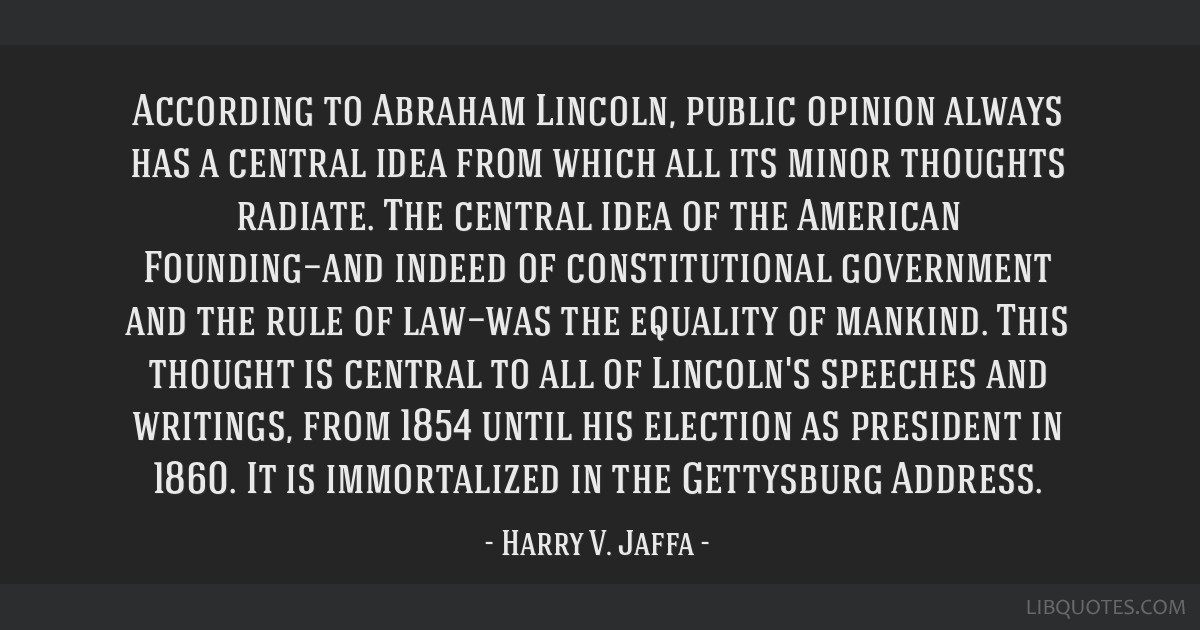 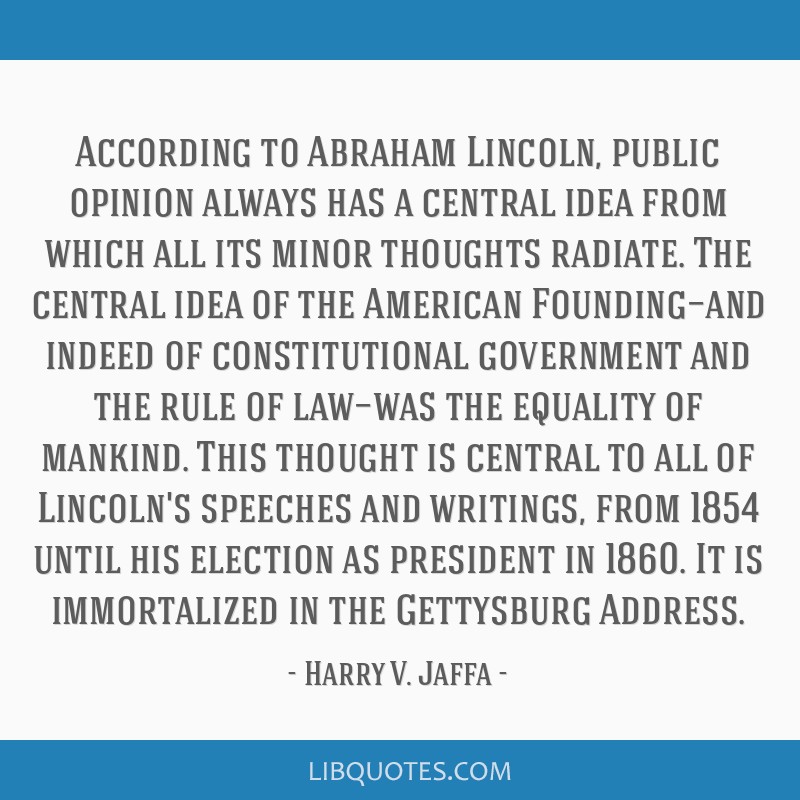 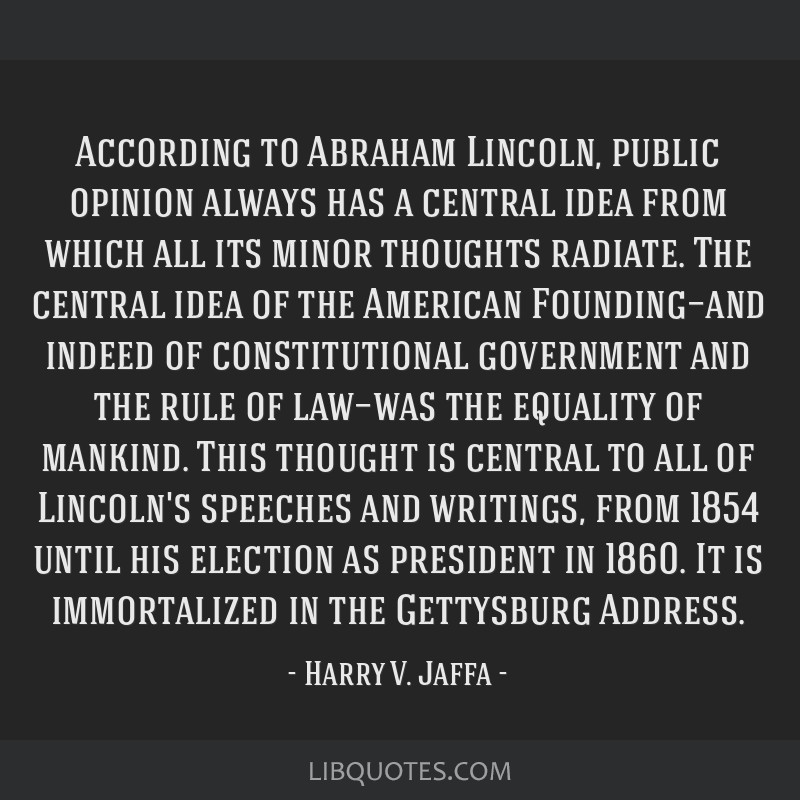