In the Lincoln-Douglas debates, Lincoln accomplished something almost miraculous. That is to say, what he had to do was to fight off the challenge of Douglas from the Republican side and at the same time drive a wedge between Douglas and the Southern Democrats. I compared his achievement in that to Stonewall Jackson's Valley Campaign, where Jackson fought two federal armies, beat them both and kept them close to Washington while he joined Lee before Richmond for the final battle of the seven days. It was a case of technical and strategic cleverness and profundity that is, I think, perhaps almost unrivaled in world history. 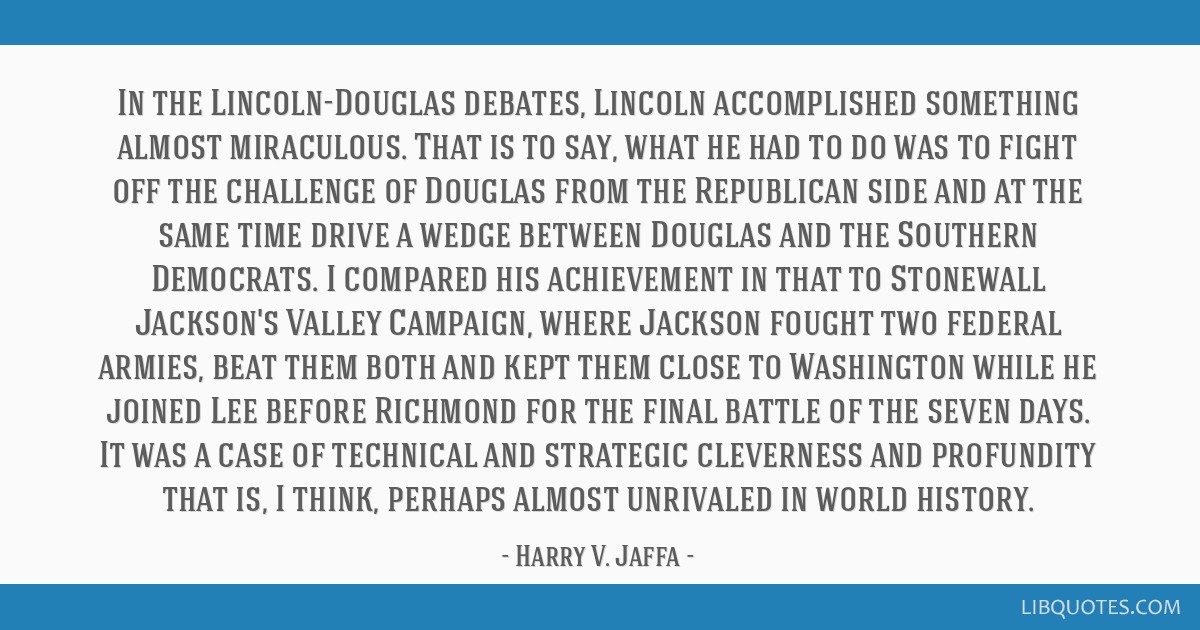 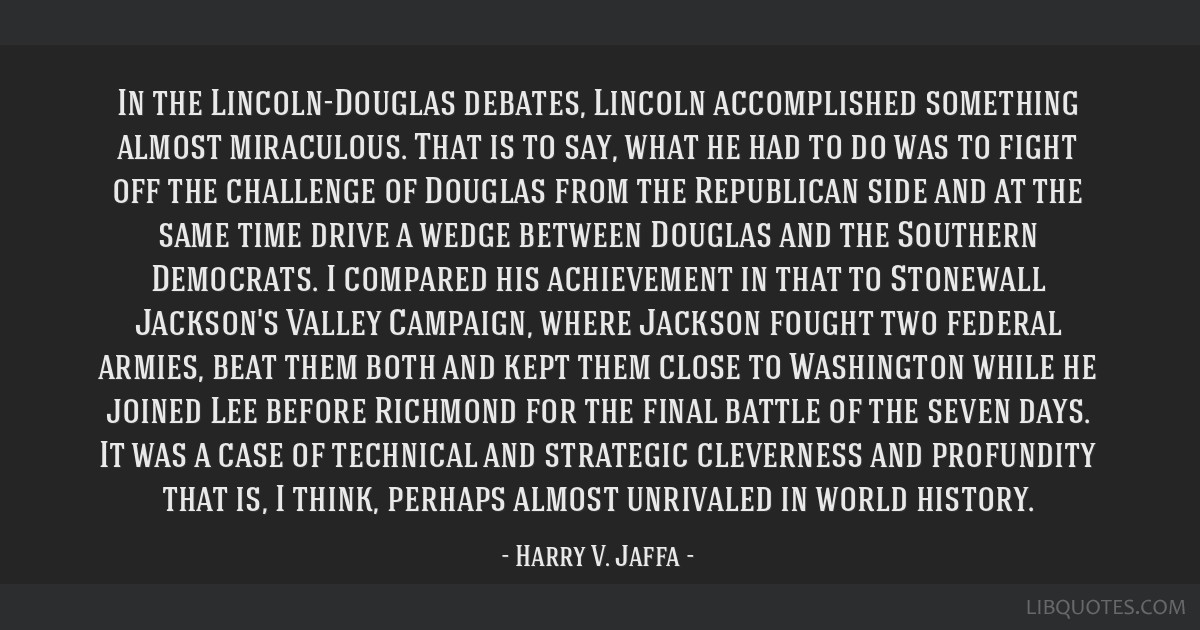 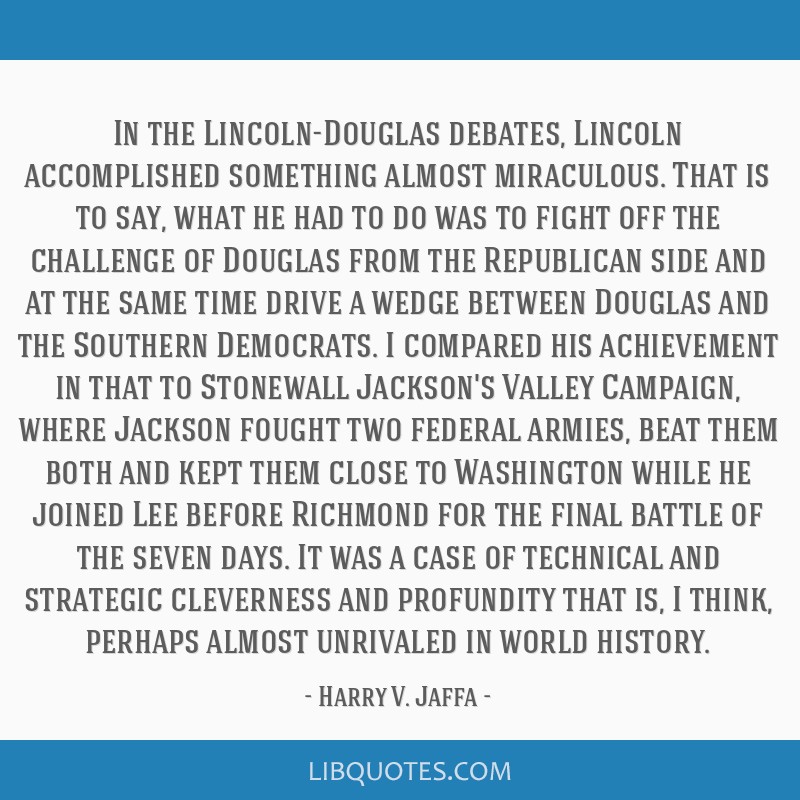 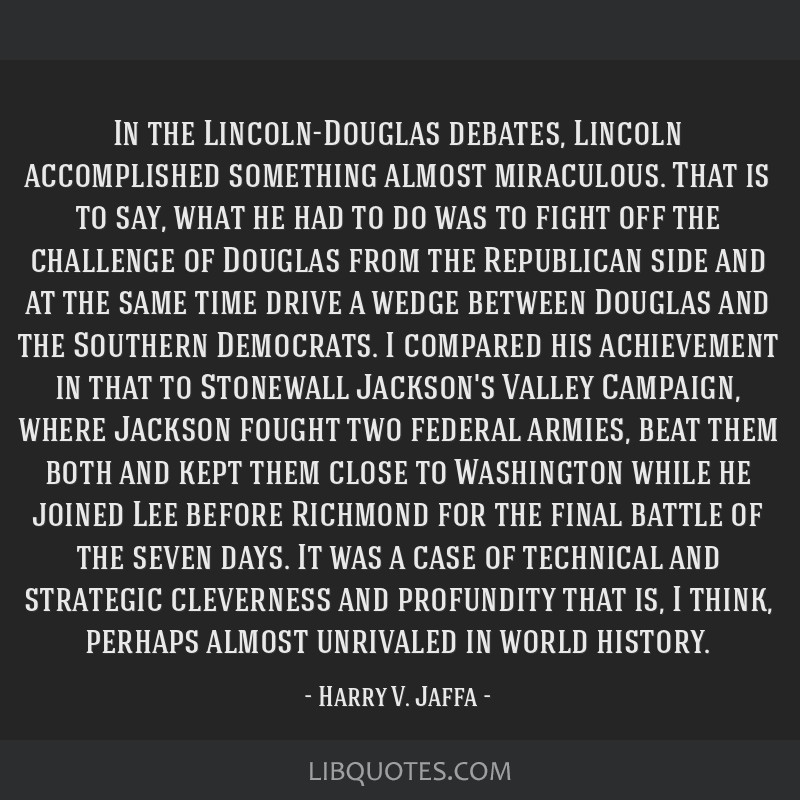