I certainly never believed, more or less, in the "essential doctrines" of Christianity, which represent God as the predestinator of men to sin and perdition, and Christ as their rescuer from that doom. I never was more or less behuiled by the trickery of language by which the perdition of man is made out to be justice, and his redemption to be mercy. 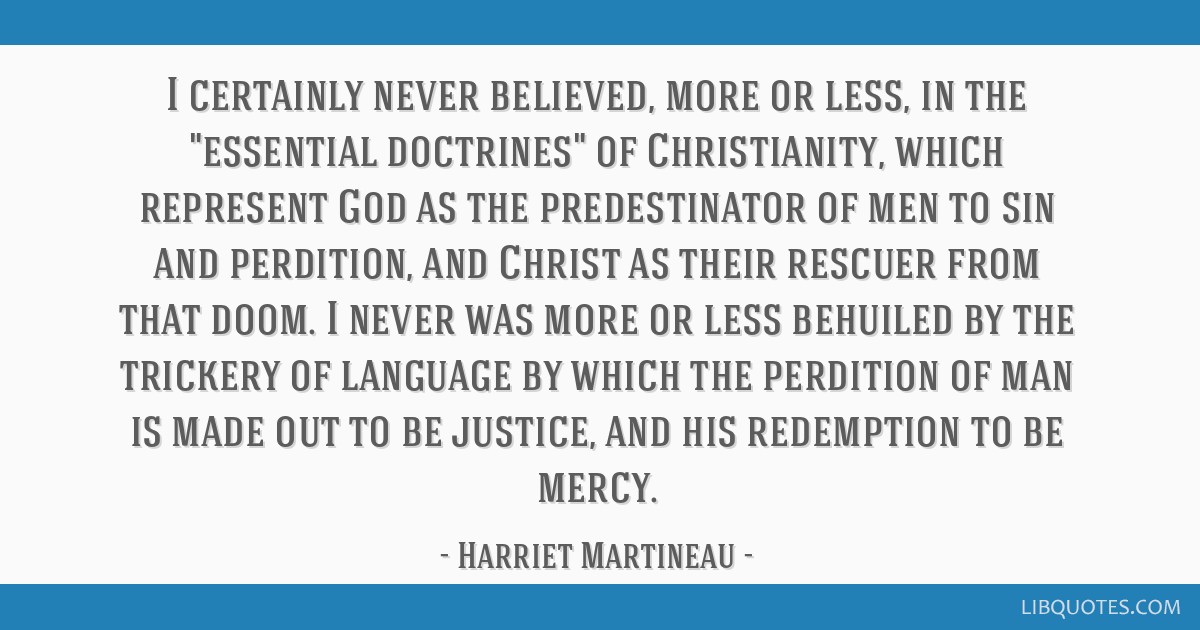 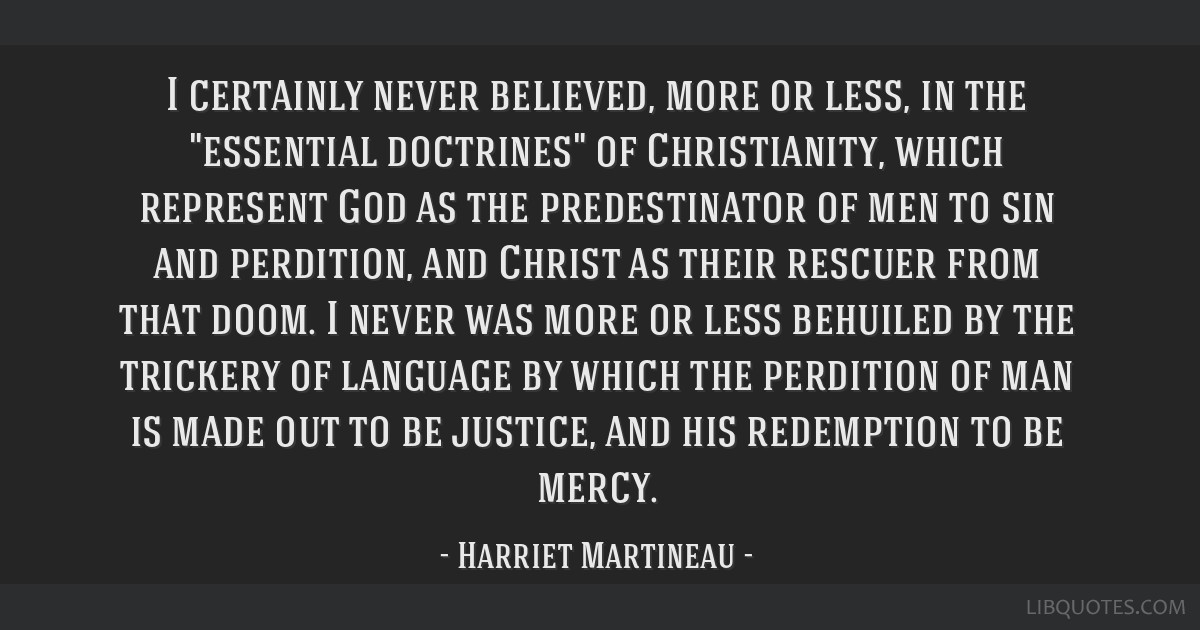 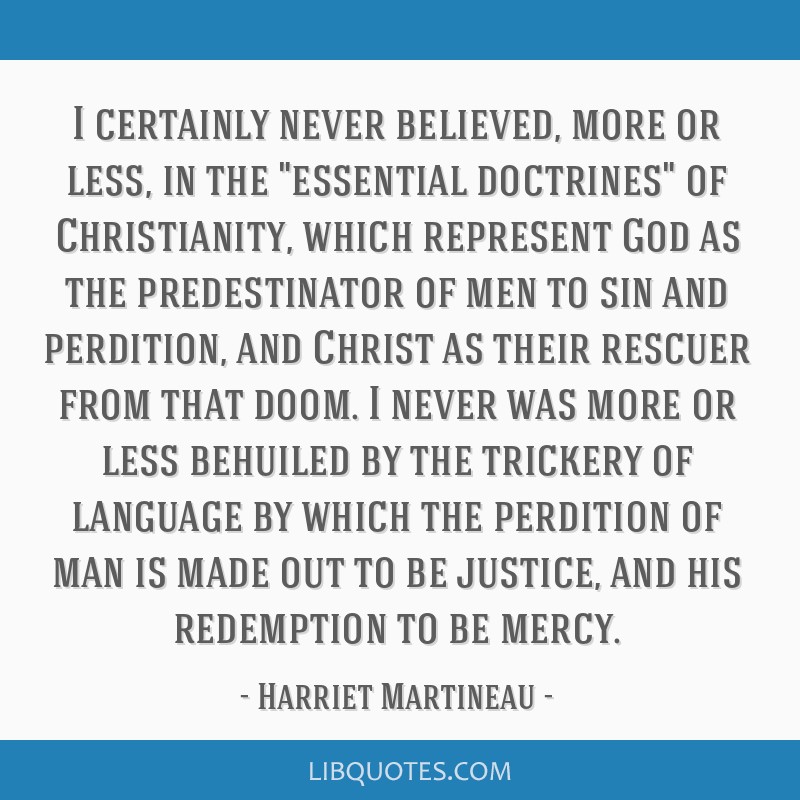 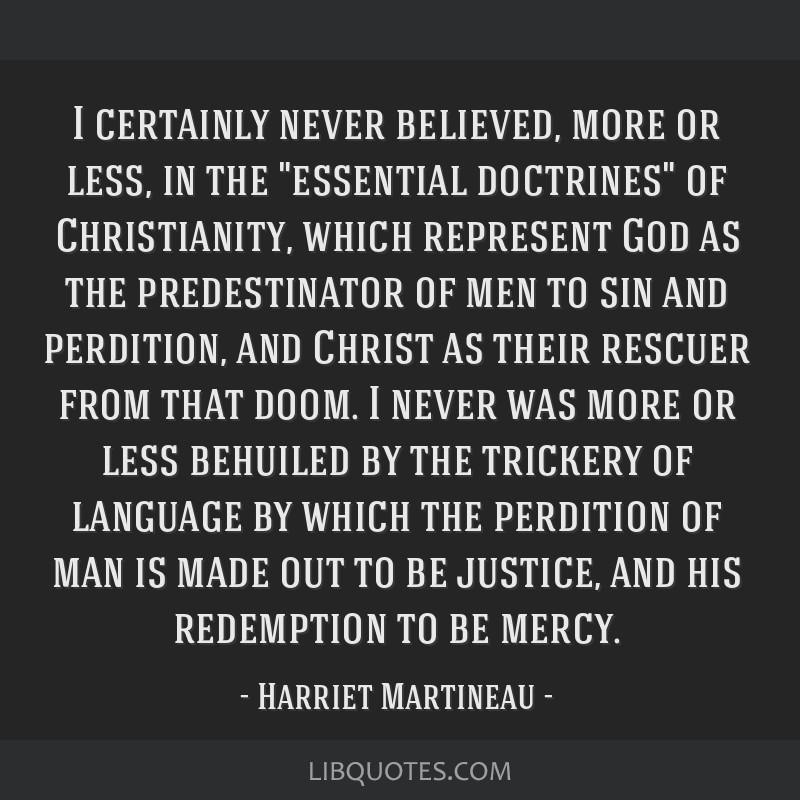 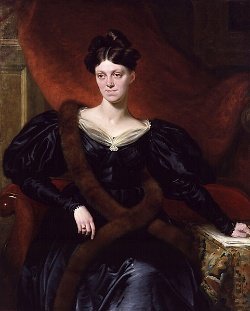