Once the record was mine, I had to use it like a Louisville Slugger. I believed, and still do, that there was a reason why I was chosen to break the record. I feel it's my task to carry on where Jackie Robinson left off, and I only know of one way to go about it. It's the only way I've ever had of dealing with things like fastballs and bigotry -- keep swinging at them. 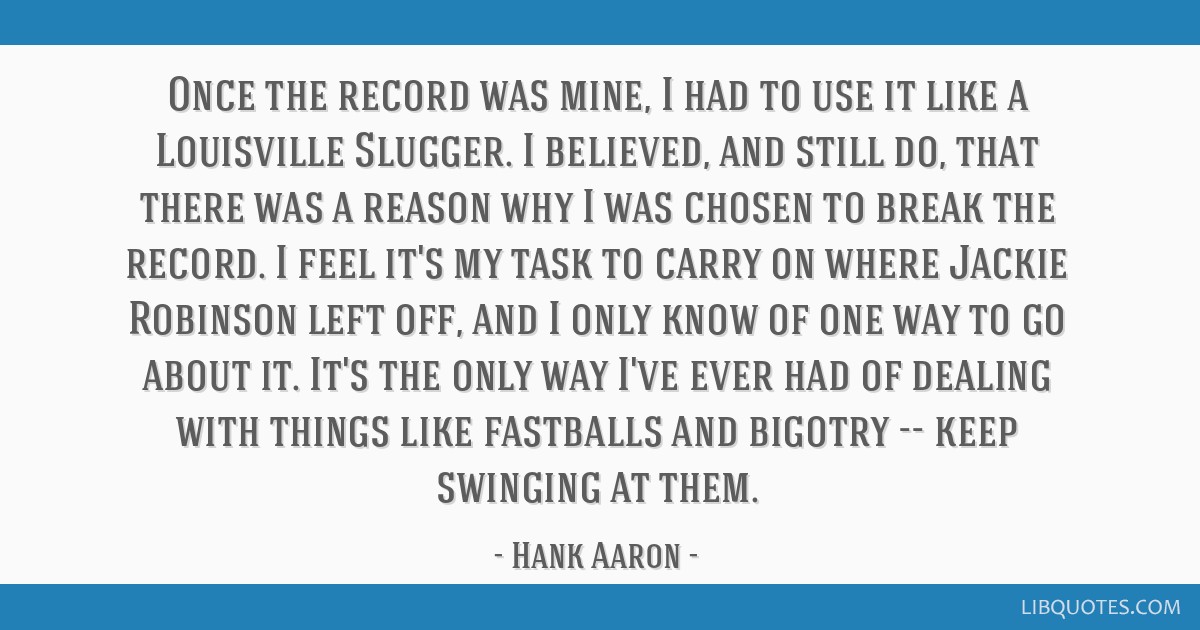 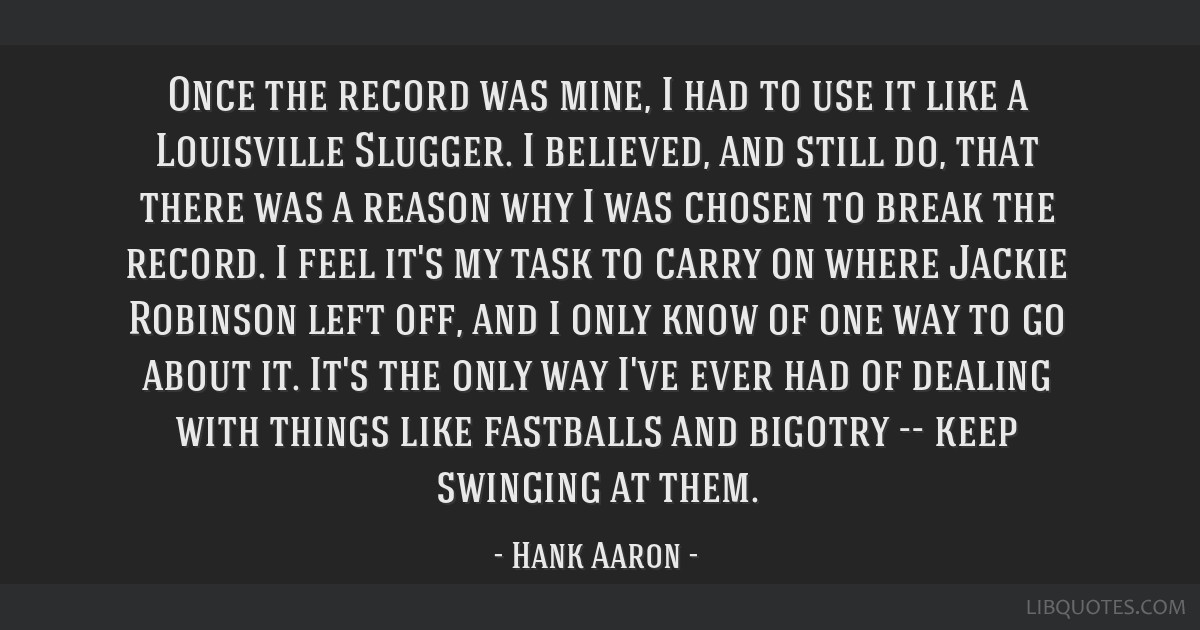 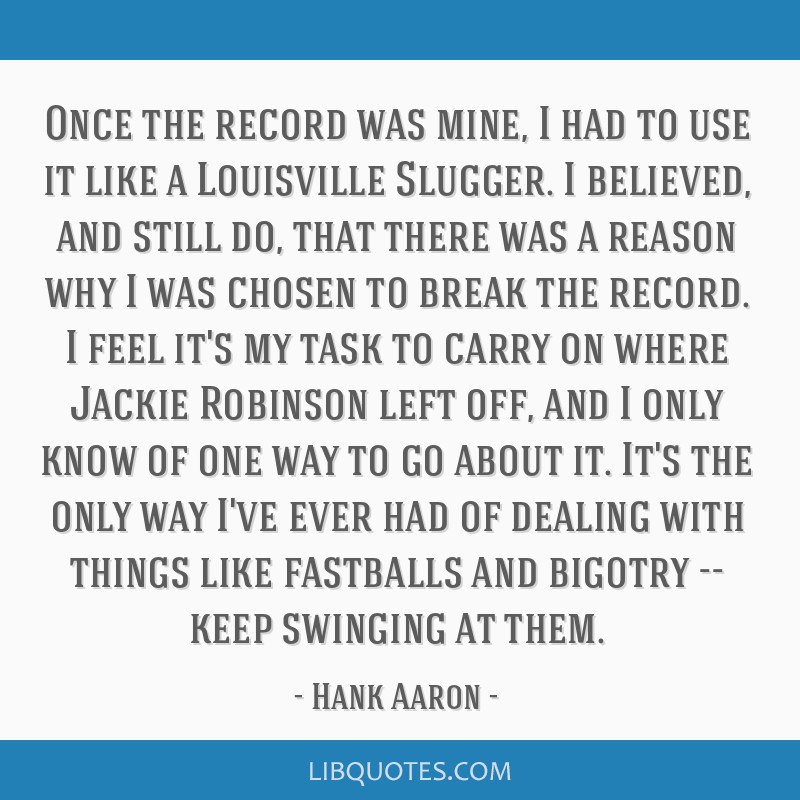 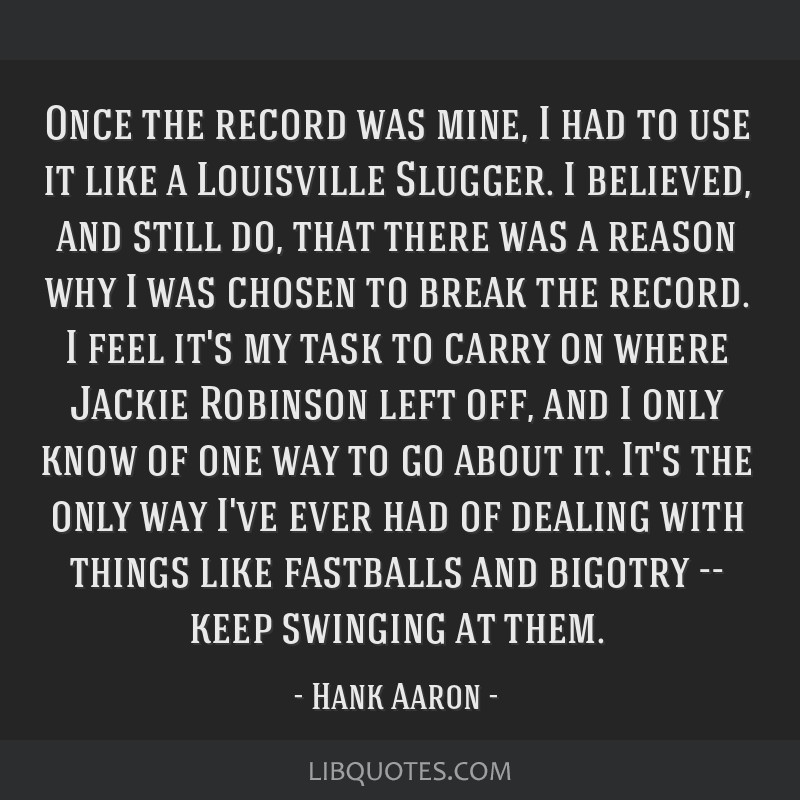 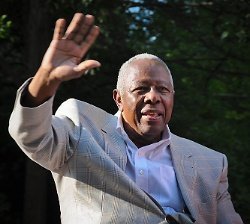