All government, in its essence, is a conspiracy against the superior man: it's one permanent object is to oppress him and cripple him.... One of its primary functions is to regiment men by force, to make them as much alike as possible and as dependent upon one another as possible, to search out and combat originality among them. 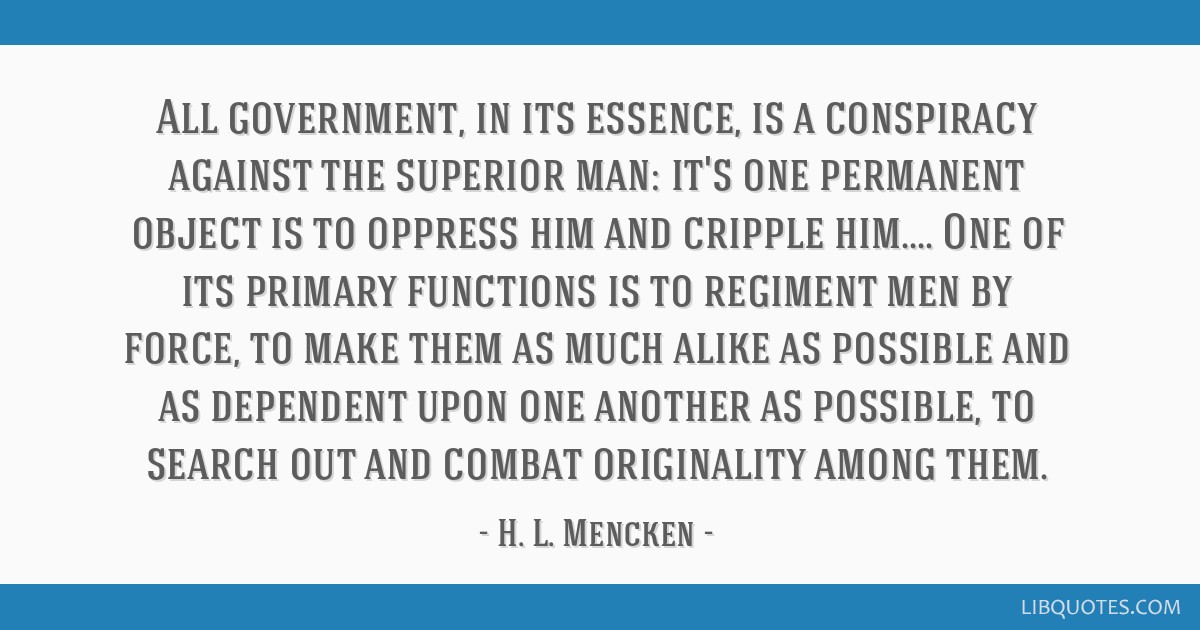 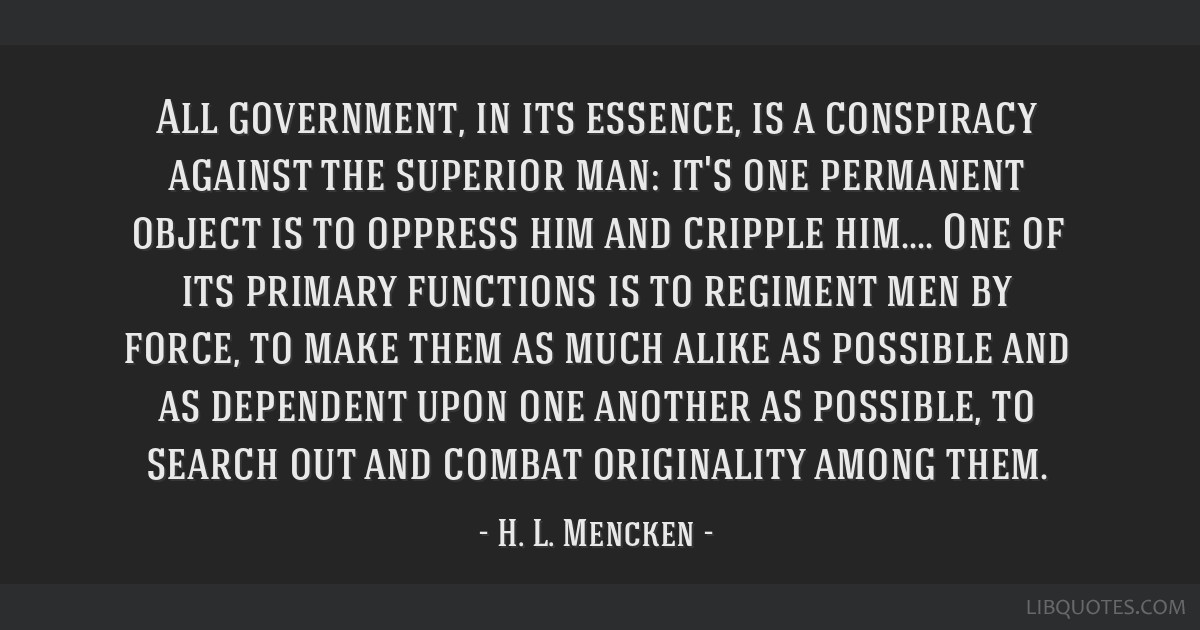 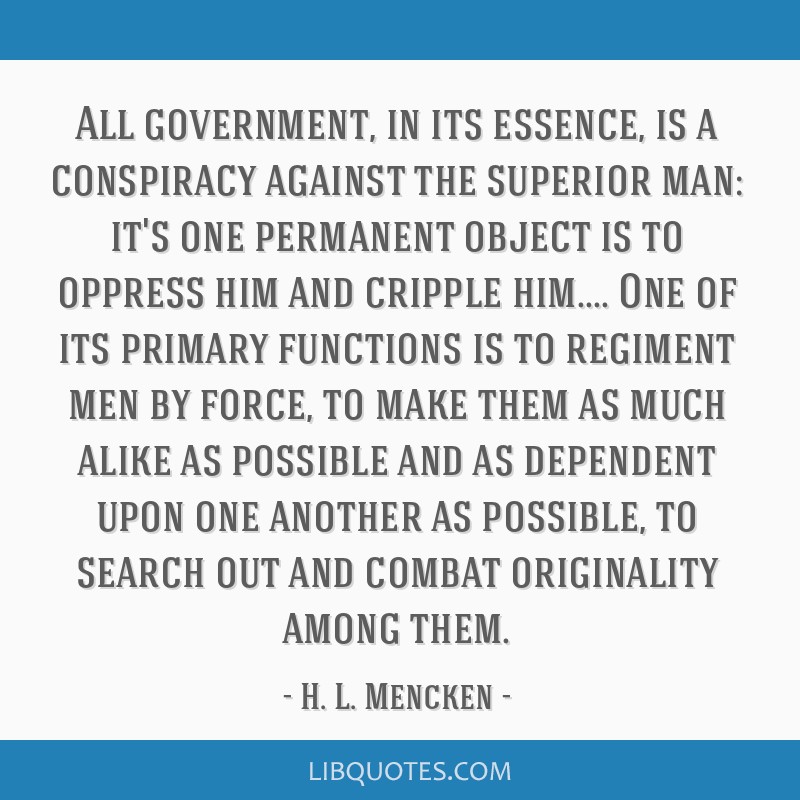 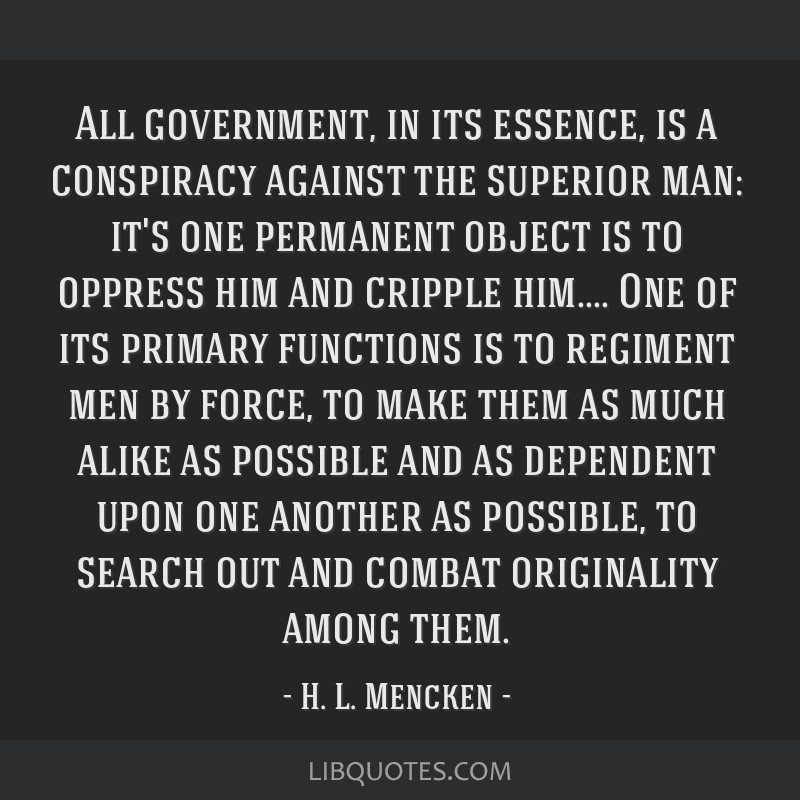