From 1789 to late in 1791 the French Revolution was an orderly process, and from the summer of 1794 the Republic was an orderly and victorious state. The Terror was not the work of the whole country, but of the town mob which owed its existence and its savagery to the misrule, and social injustice of the ancient regime... More lives were wasted by the British generals alone on the opening day of what is known as the Somme offensive of July, 1916 than in the whole French Revolution from start to finish. 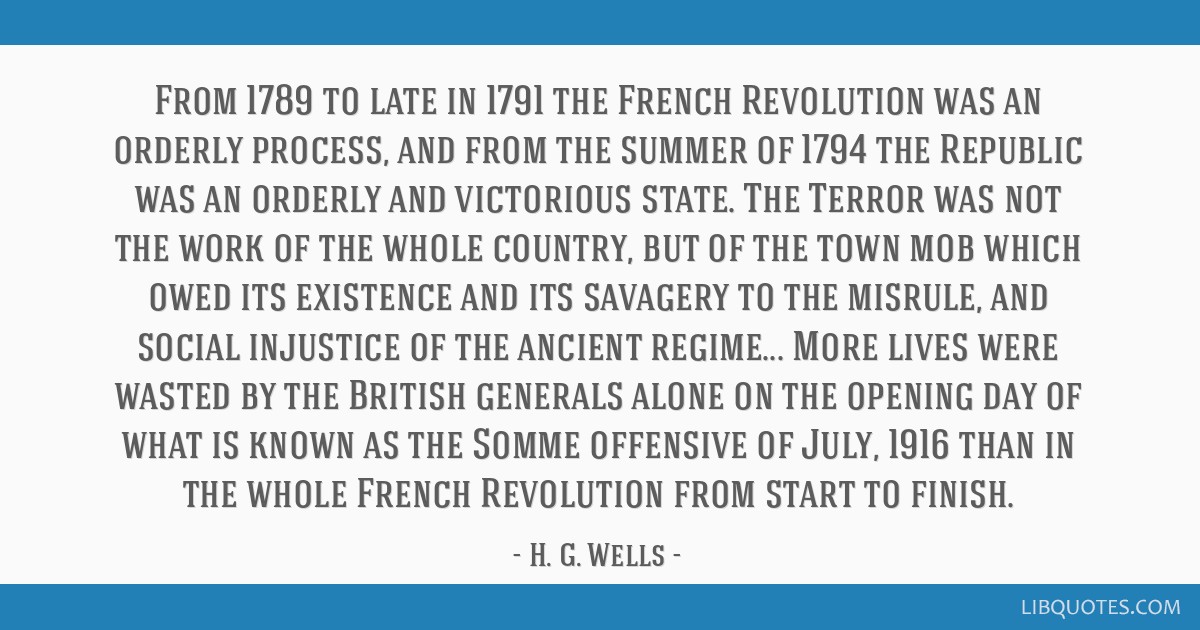 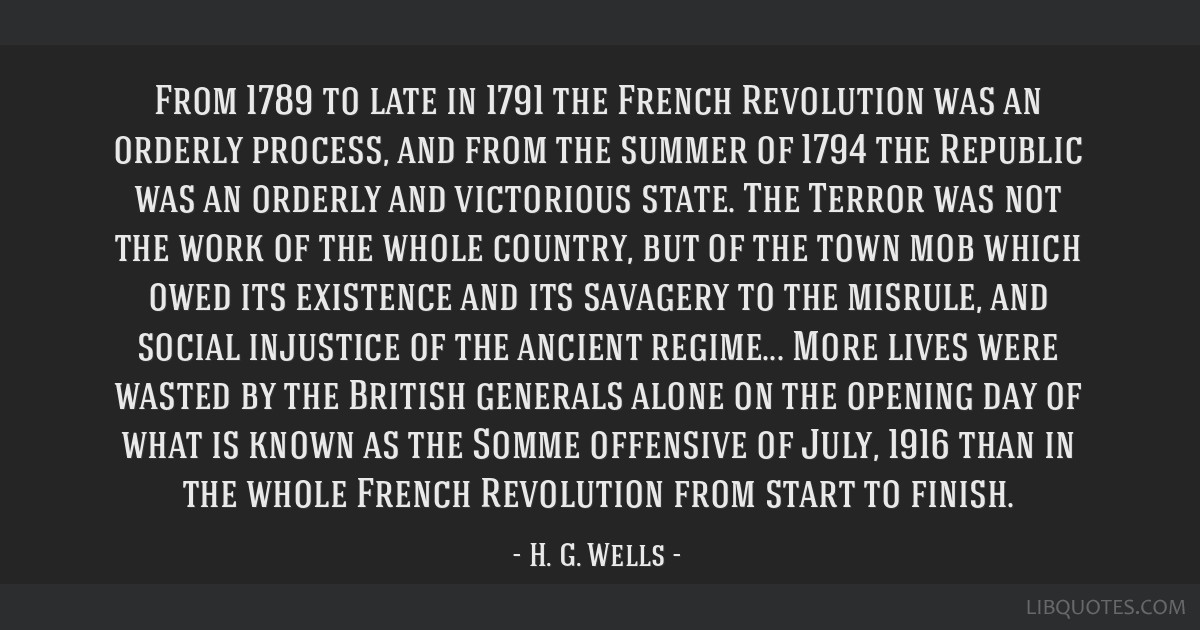 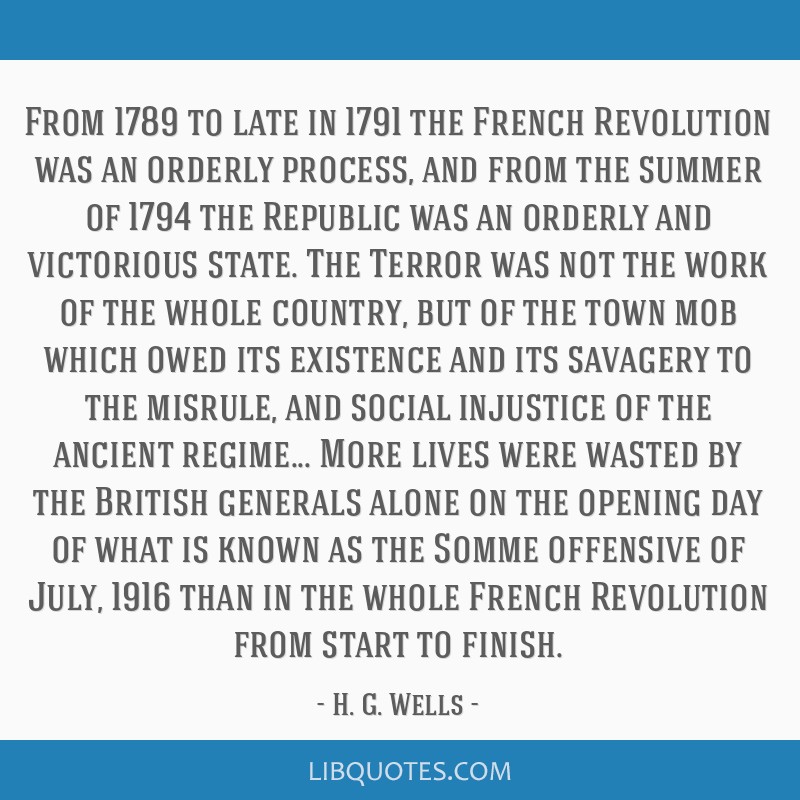 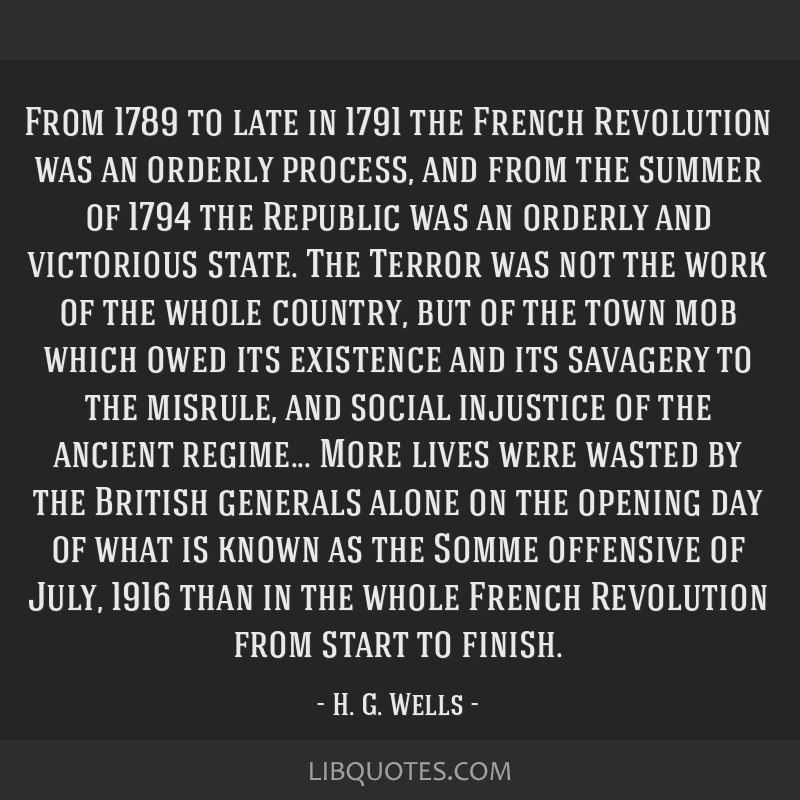 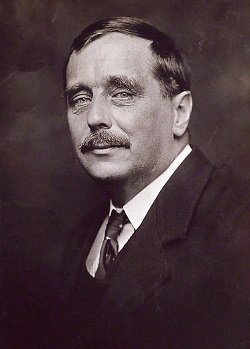