Most of the poverty and misery in the world is due to bad government, lack of democracy, weak states, internal strife, and so on. We do need to intervene, to improve political and economic conditions inside countries that have bad governments, where people are suffering.
One way of doing this, without violating sovereignty, is through constructive actions — reinforcements and incentives for countries that are moving in the right direction, toward an open society, a market economy, et cetera. That is what I'm advocating. I'm advocating preventive action of a constructive nature. And I would use military force only as the very last resort, when nothing else works. 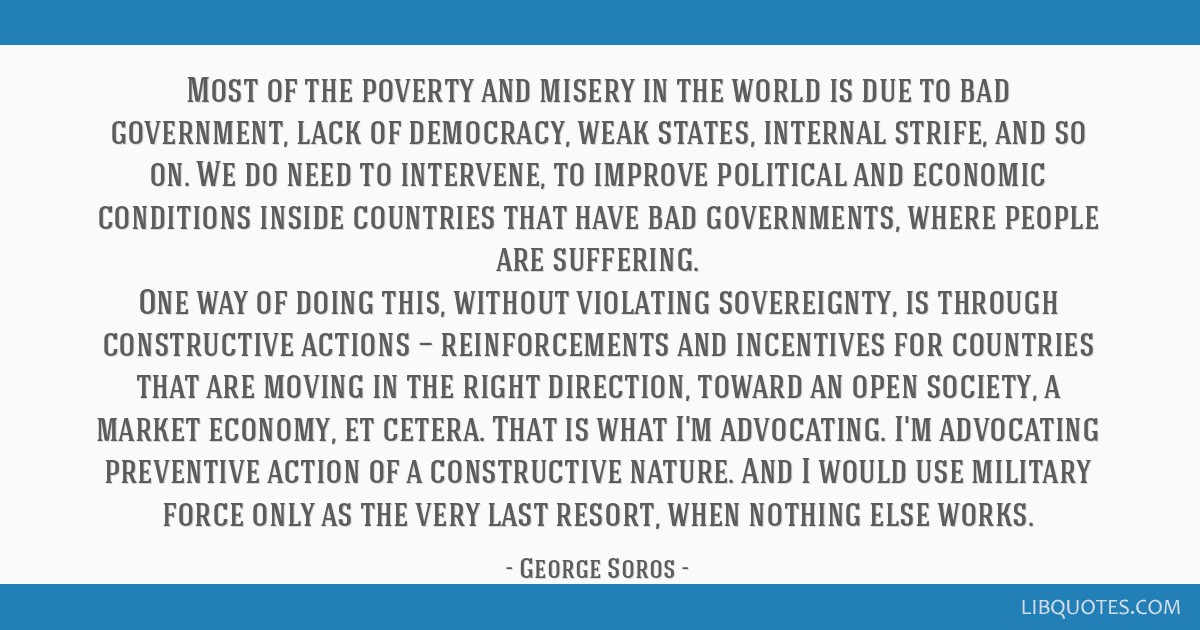 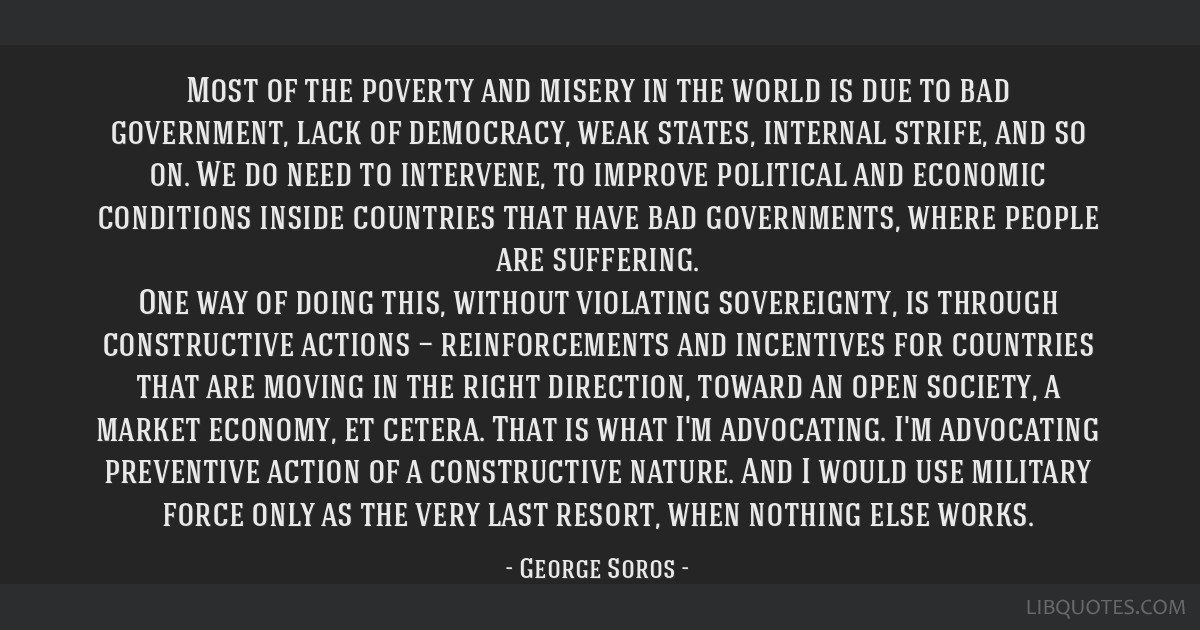 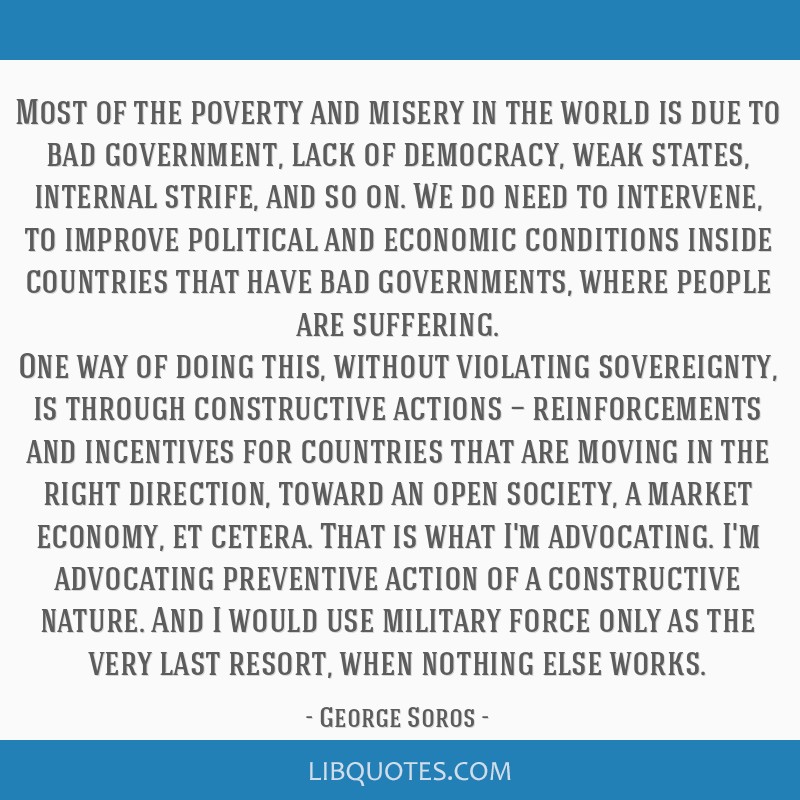 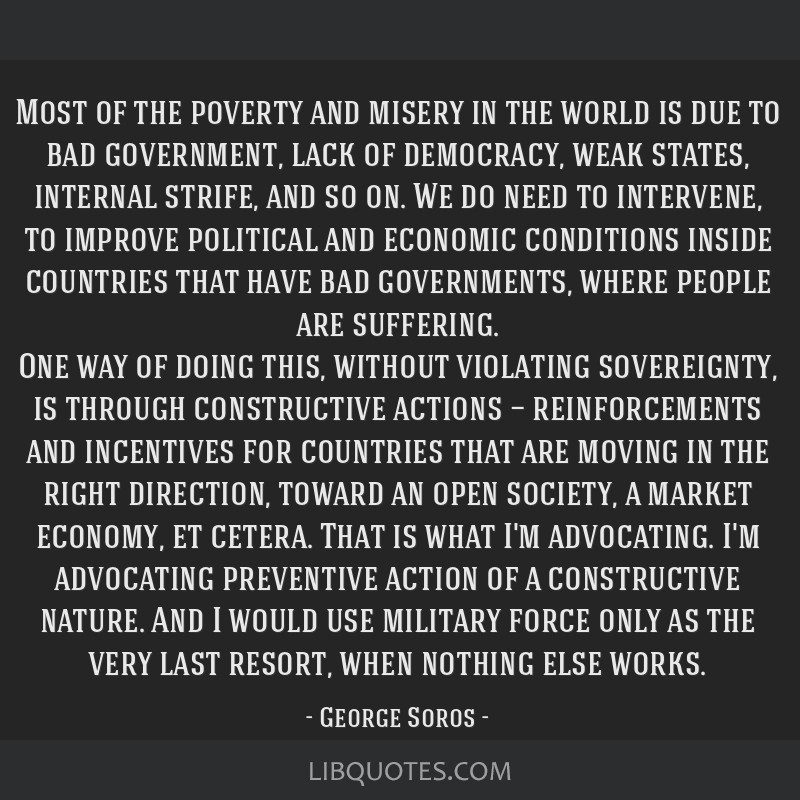 You do what you can for as long as you can, and when you finally can't, you do the next best thing. You back up but you don't give up.
Chuck Yeager 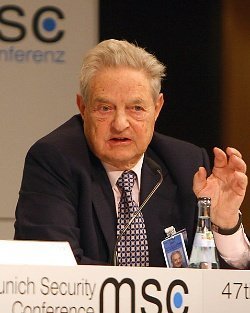