During the Spanish civil war I found myself feeling very strongly that a true history of this war never would or could be written. Accurate figures, objective accounts of what was happening, simply did not exist. And if I felt that even in 1937, when the Spanish Government was still in being, and the lies which the various Republican factions were telling about each other and about the enemy were relatively small ones, how does the case stand now? Even if Franco is overthrown, what kind of records will the future historian have to go upon? And if Franco or anyone at all resembling him remains in power, the history of the war will consist quite largely of "facts" which millions of people now living know to be lies. 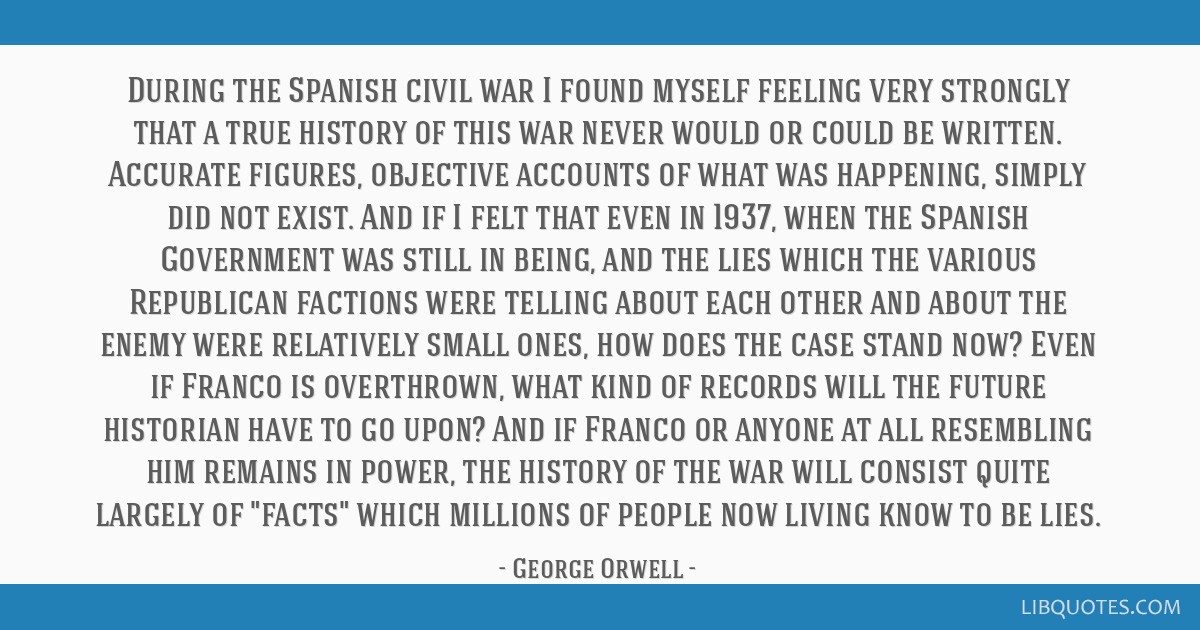 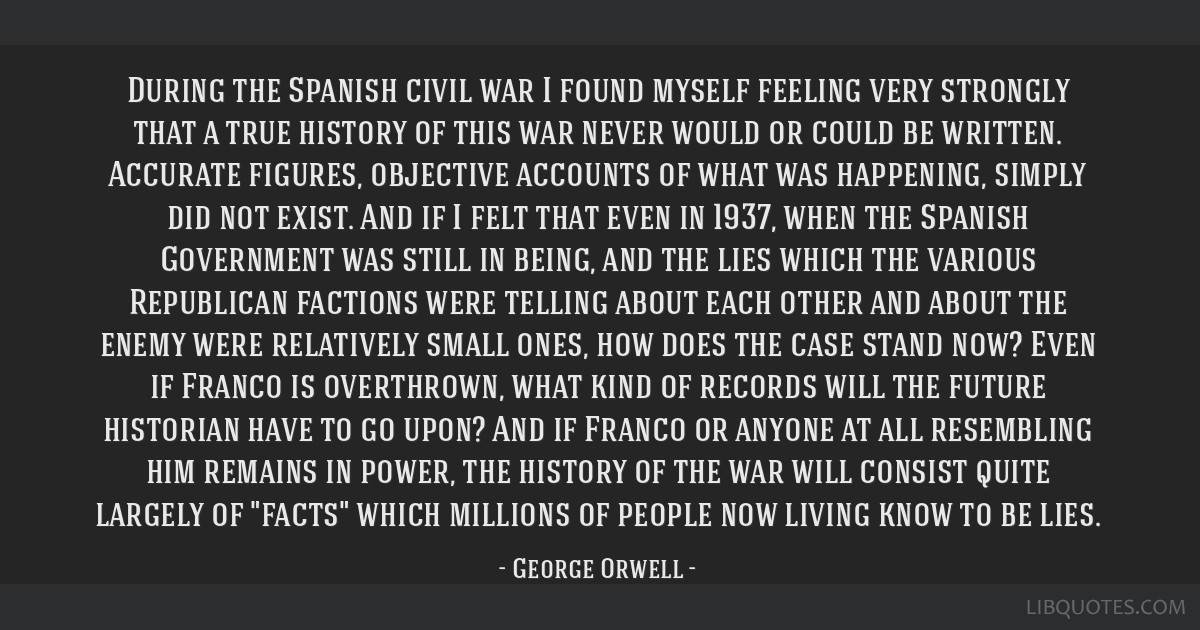 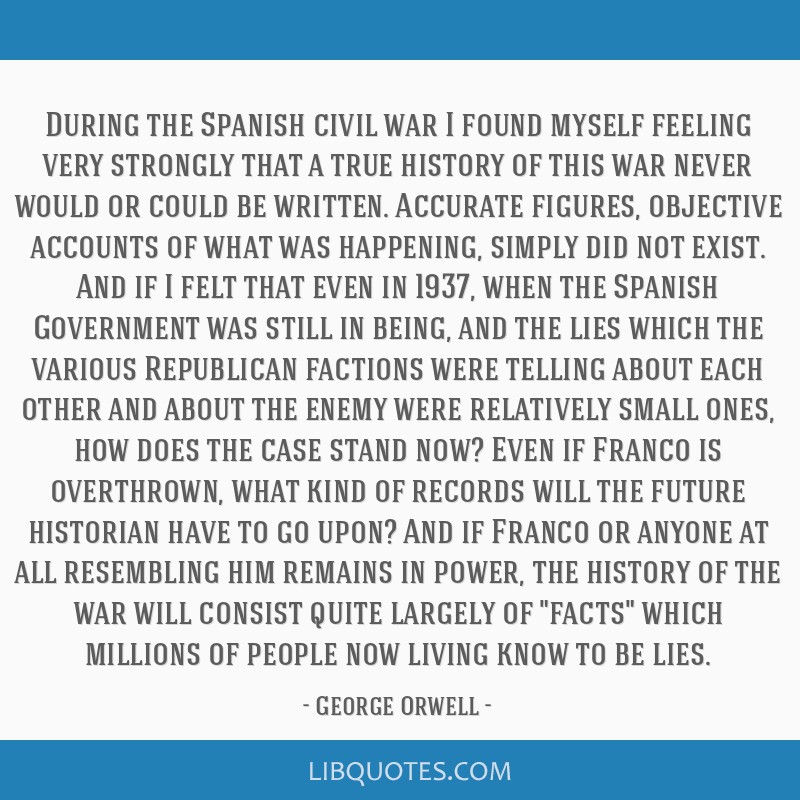 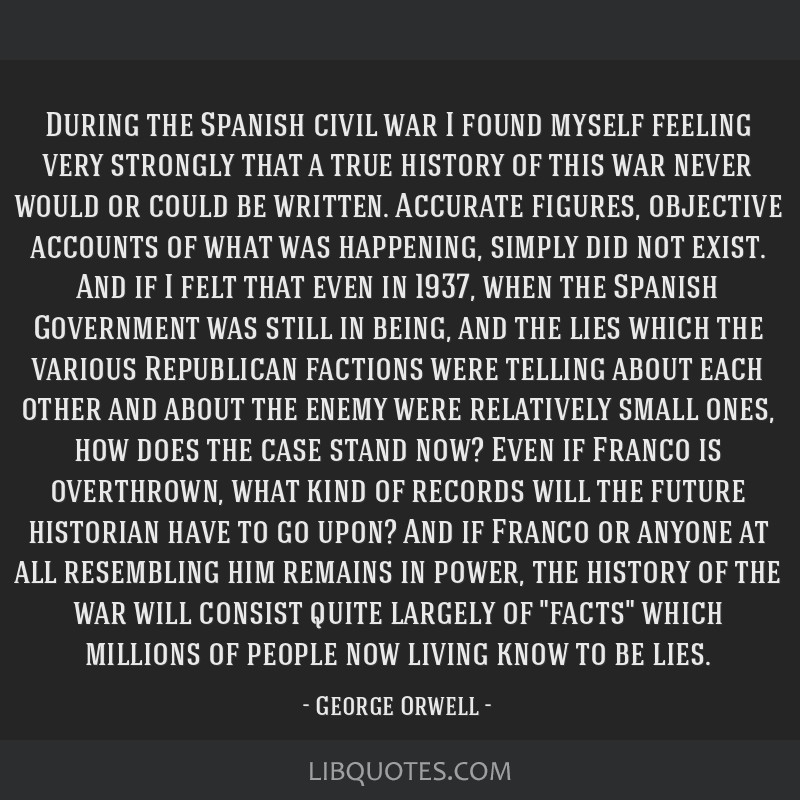