In England, a century of strong government has developed what O. Henry called the stern and rugged fear of the police to a point where any public protest seems an indecency. But in France everyone can remember a certain amount of civil disturbance, and even the workmen in the bistros talk of la revolution — meaning the next revolution, not the last one. The highly socialised modern mind, which makes a kind of composite god out of the rich, the government, the police and the larger newspapers, has not been developed — at least not yet.

Review of The Civilization of France by Ernst Robert Curtius; translated by Olive Wyon, in The Adelphi (May 1932) 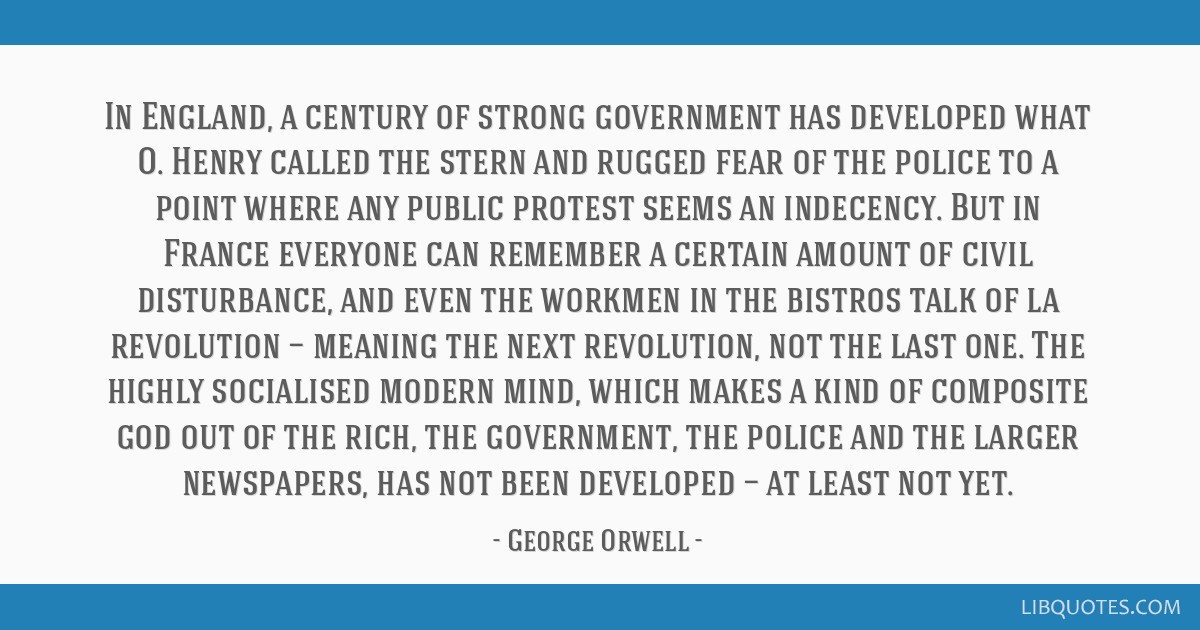 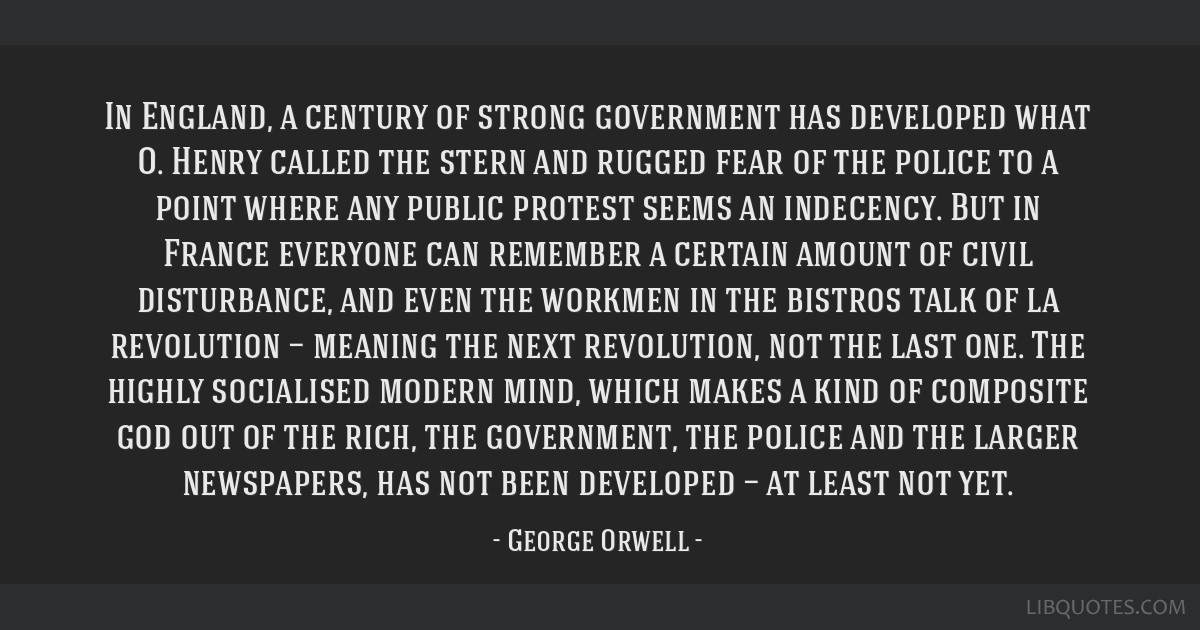 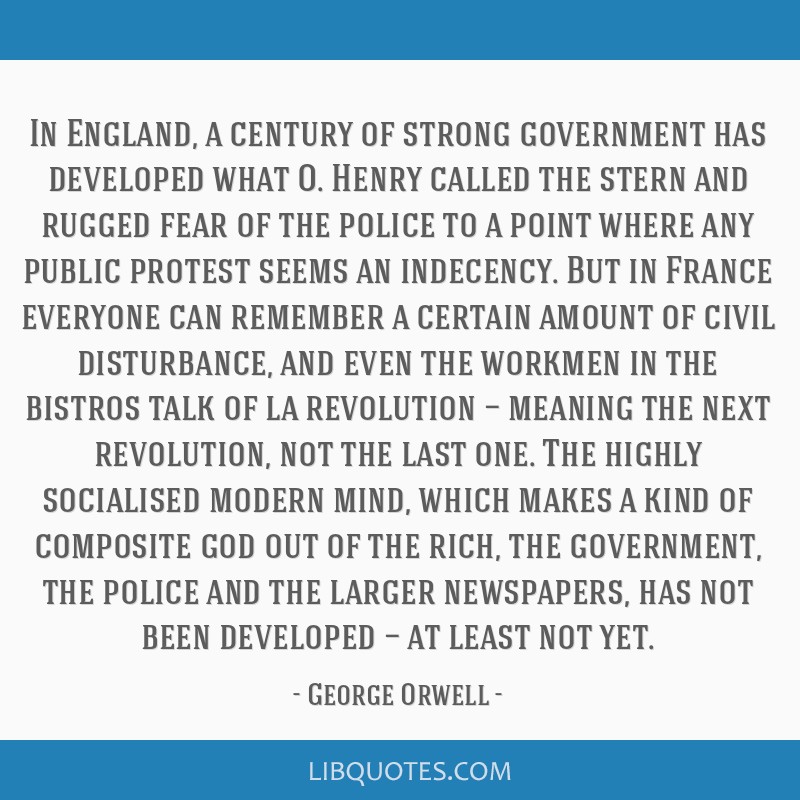 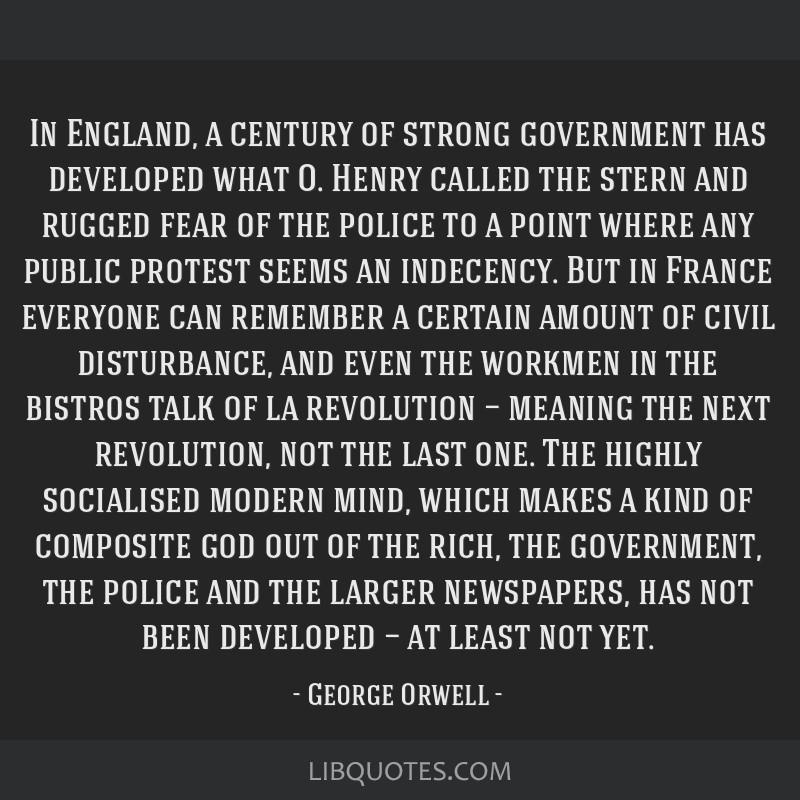