A distinguished writer [Siméon Denis Poisson] has thus stated the fundamental definitions of the science:
"The probability of an event is the reason we have to believe that it has taken place, or that it will take place."
"The measure of the probability of an event is the ratio of the number of cases favorable to that event, to the total number of cases favorable or contrary, and all equally possible" (equally like to happen).

An Investigation of the Laws of Thought (1854) 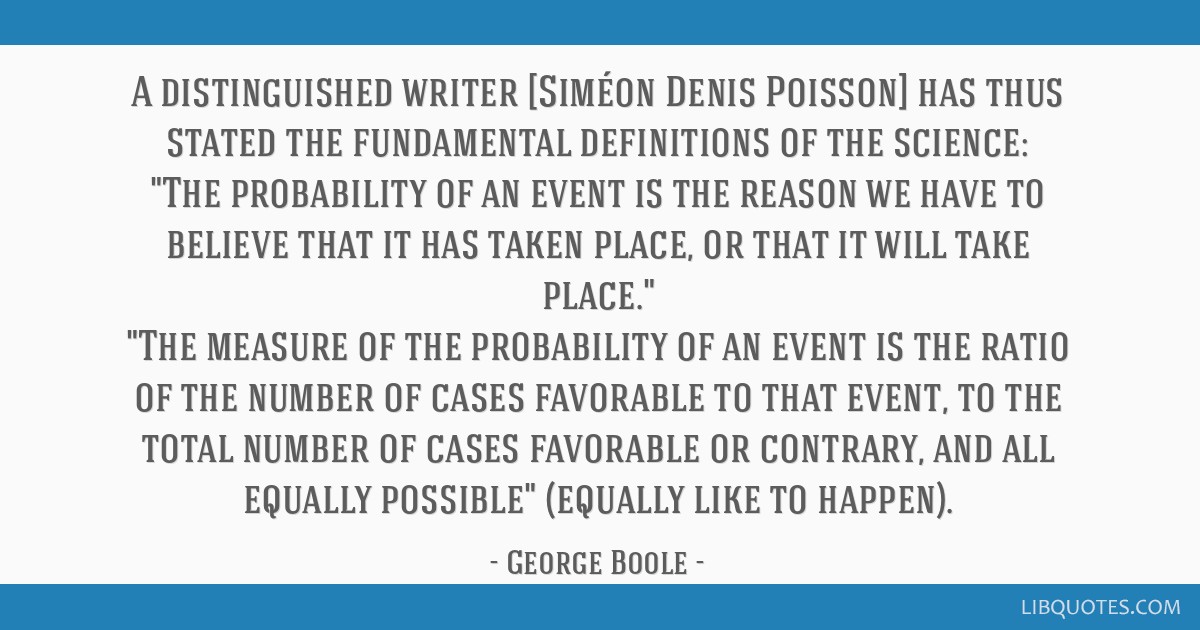 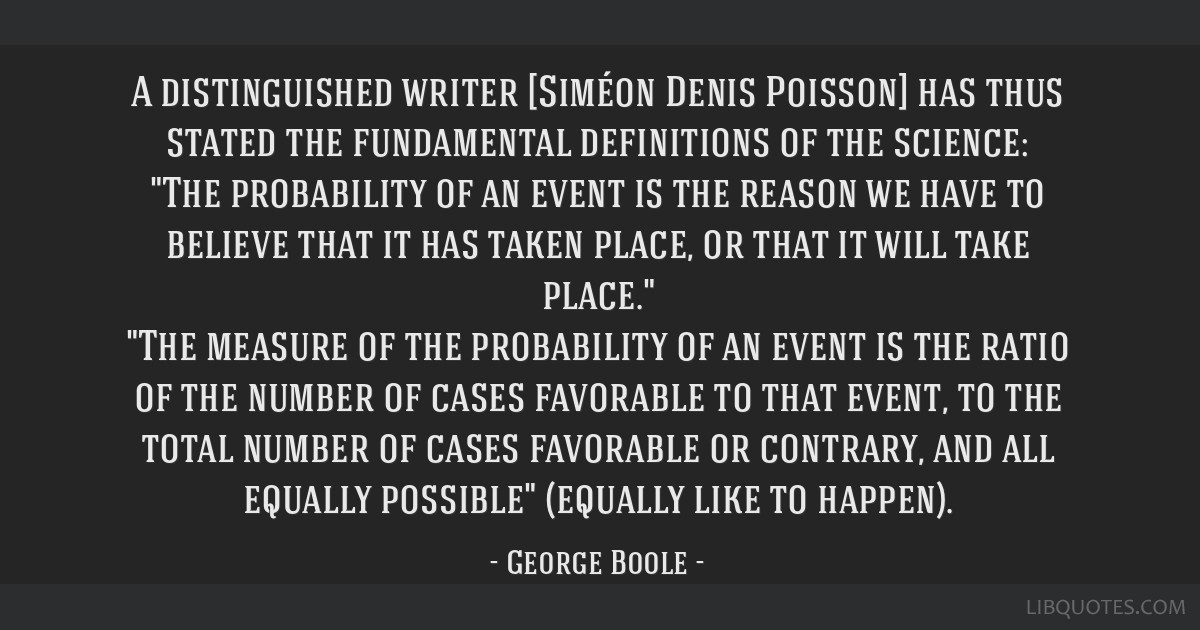 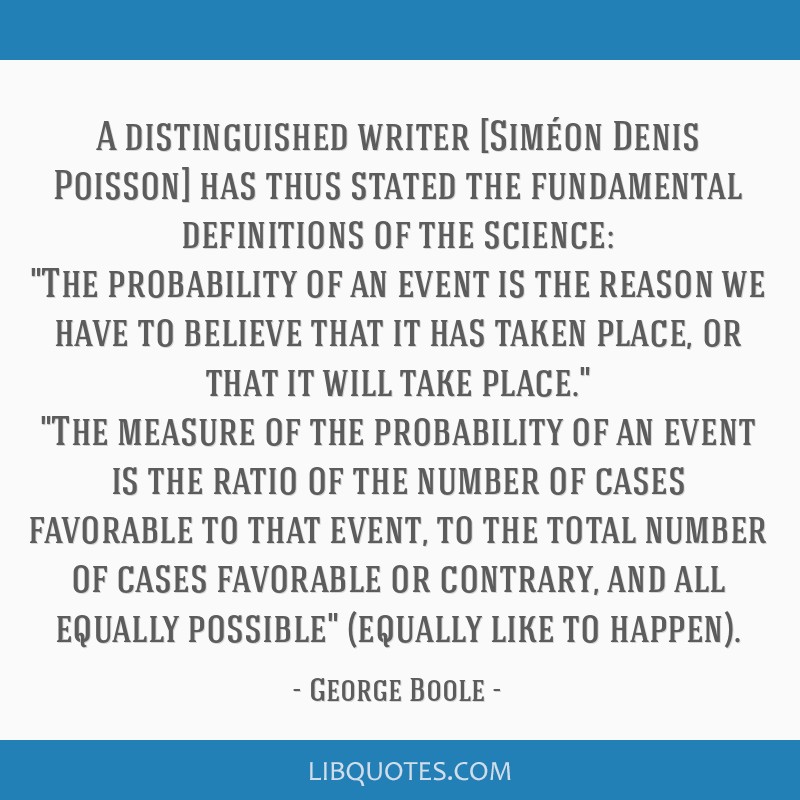 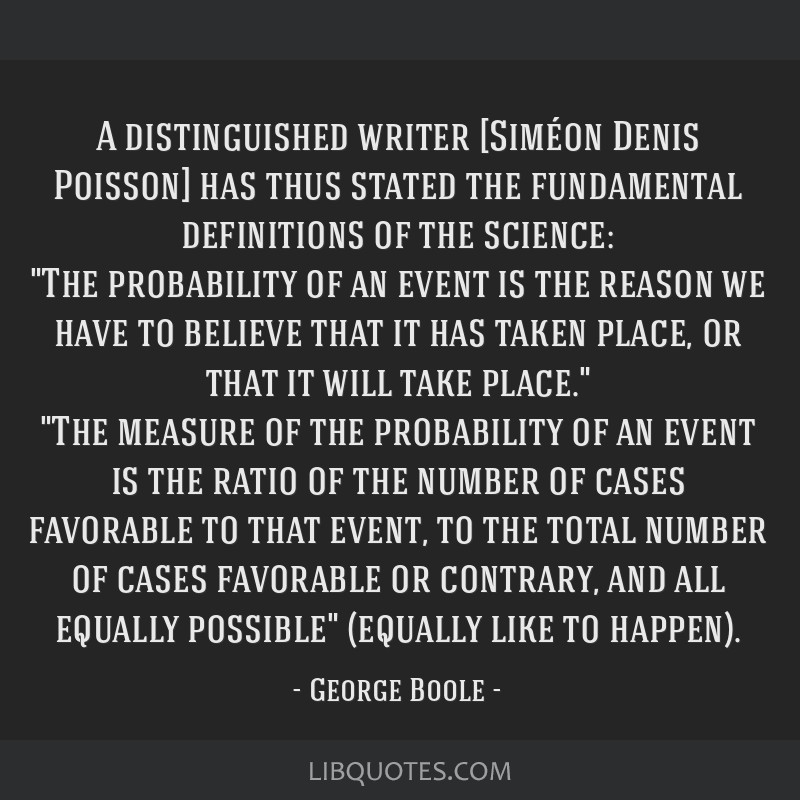