The following work is not a republication of a former treatise by the Author, entitled, "The Mathematical Analysis of Logic." Its earlier portion is indeed devoted to the same object, and it begins by establishing the same system of fundamental laws, but its methods are more general, and its range of applications far wider. It exhibits the results, matured by some years of study and reflection, of a principle of investigation relating to the intellectual operations, the previous exposition of which was written within a few weeks after its idea had been conceived.

p. i; Preface, lead paragraph - An Investigation of the Laws of Thought (1854) 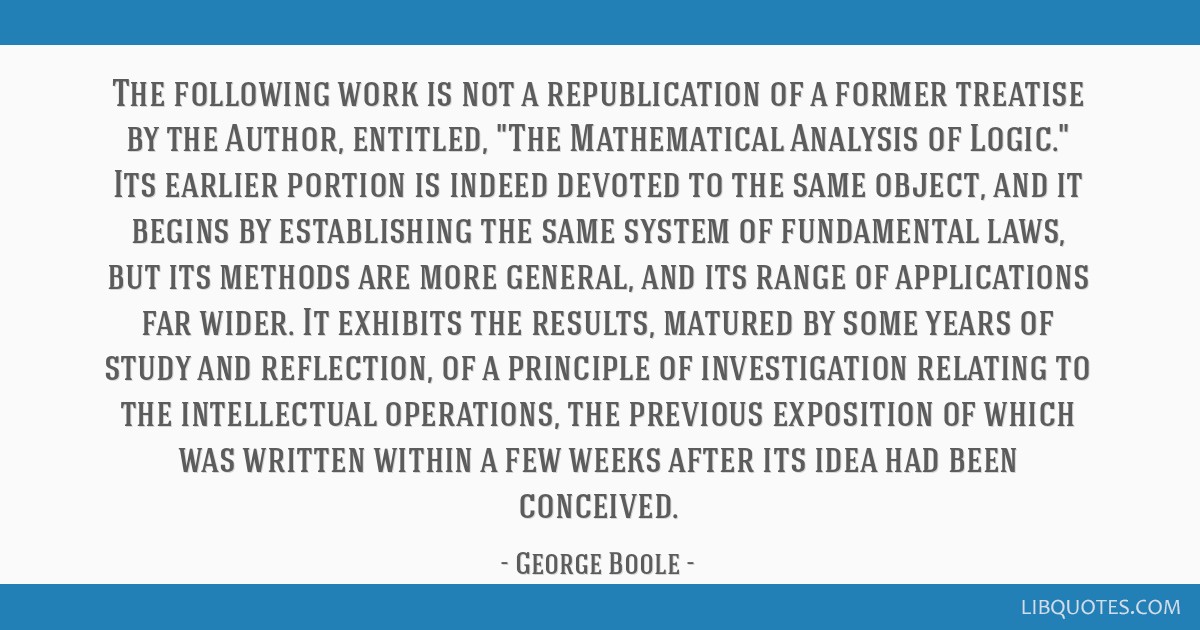 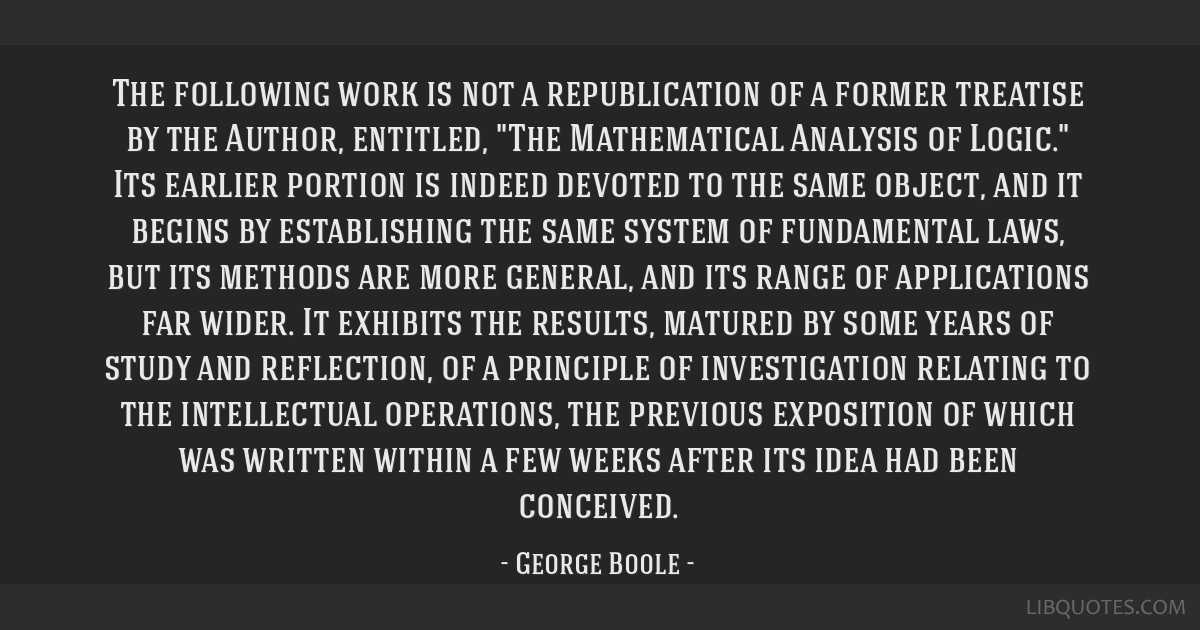 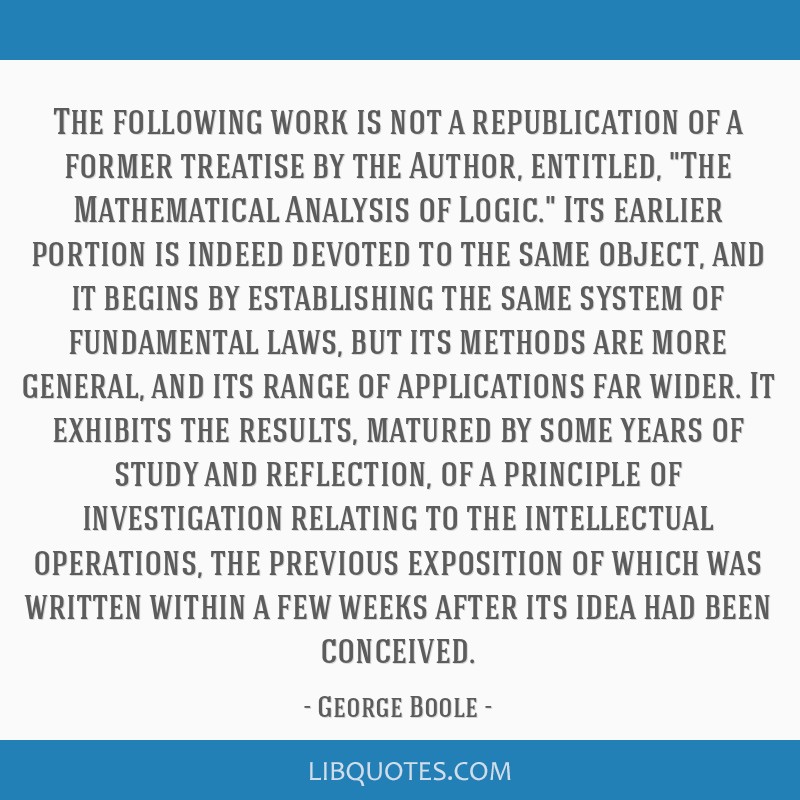 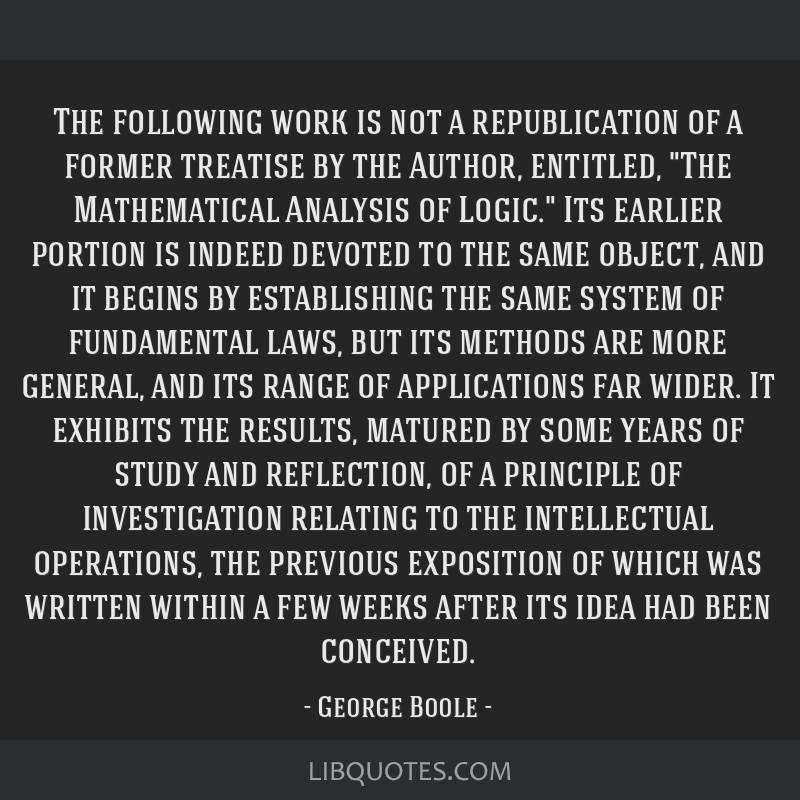