You will feel interested to know the fate of my mathematical speculations in Cambridge. One of the papers is already printed in the Mathematical Journal. Another, which I sent a short time ago, has been very favourably received, and will shortly be printed together with one I had previously sent. 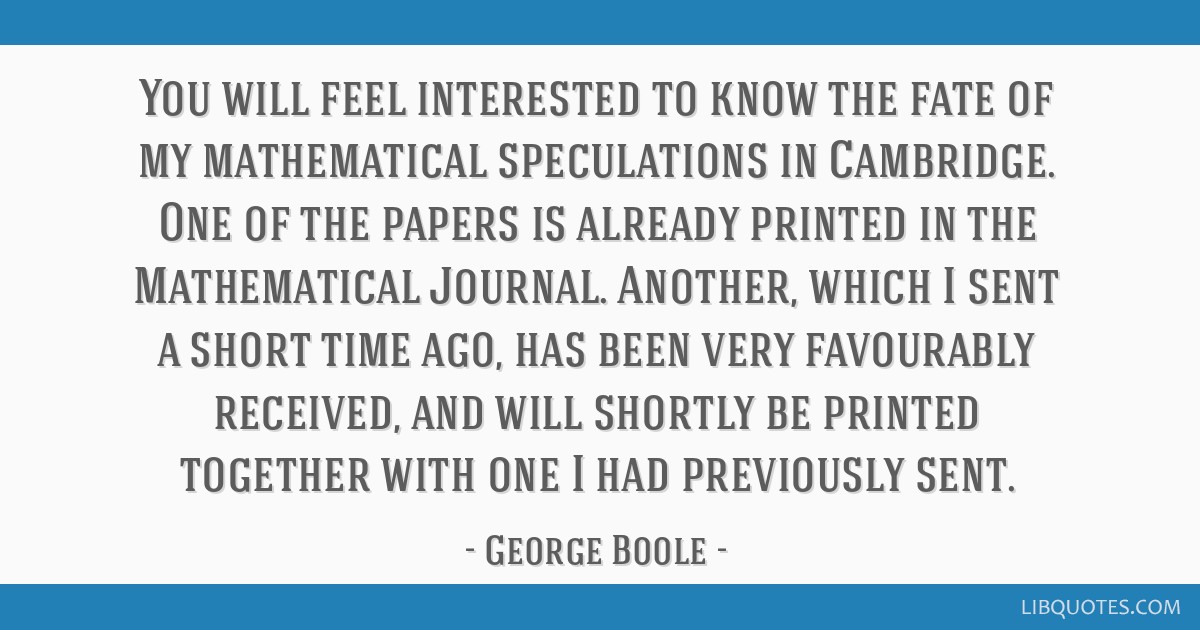 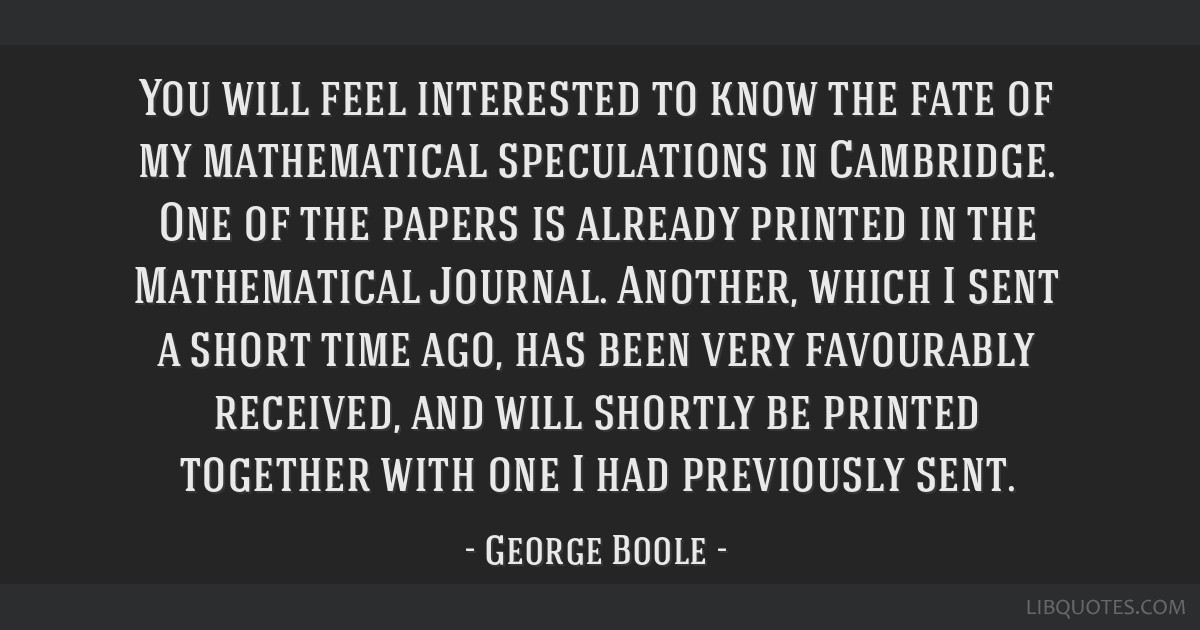 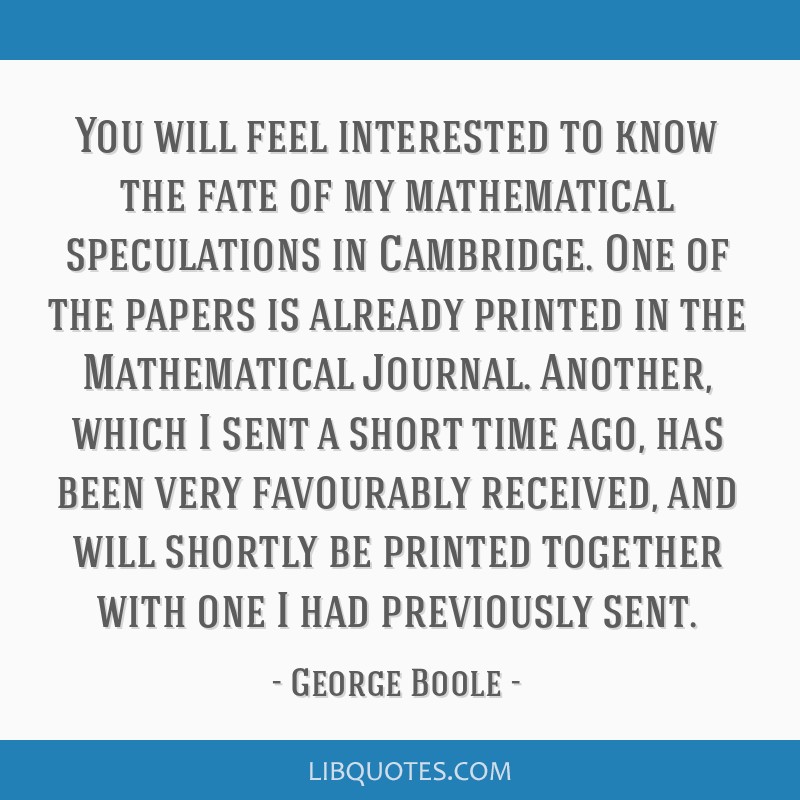 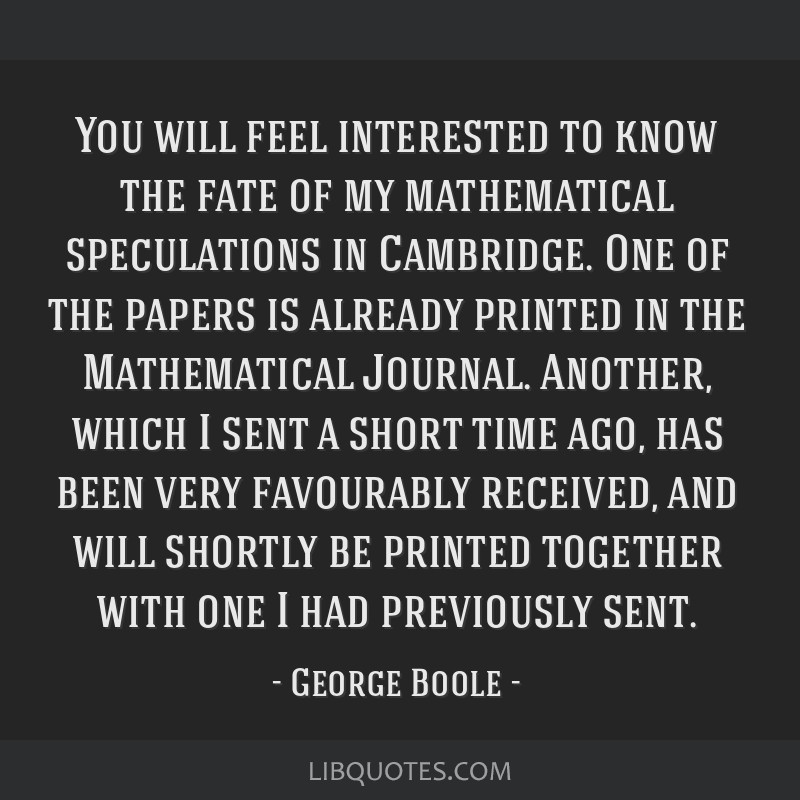