Mathematics is in its development entirely free and is only bound in the self-evident respect that its concepts must both be consistent with each other, and also stand in exact relationships, ordered by definitions, to those concepts which have previously been introduced and are already at hand and established. In particular, in the introduction of new numbers, it is only obligated to give definitions of them which will bestow such a determinacy and, in certain circumstances, such a relationship to the other numbers that they can in any given instance be precisely distinguished. As soon as a number satisfies all these conditions, it can and must be regarded in mathematics as existent and real. 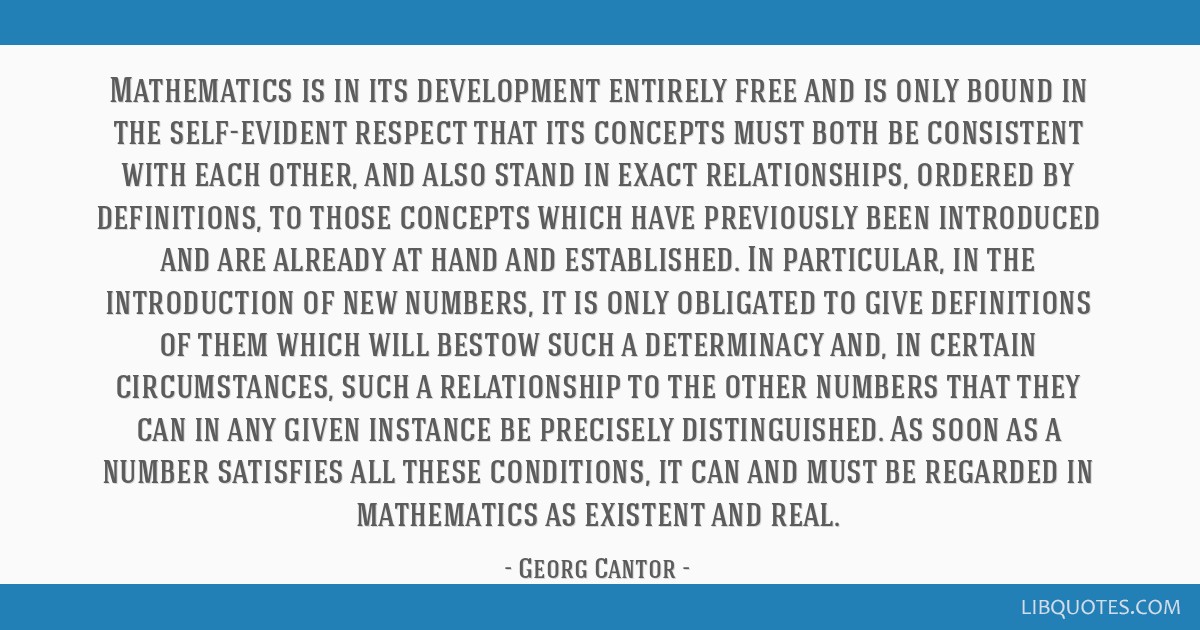 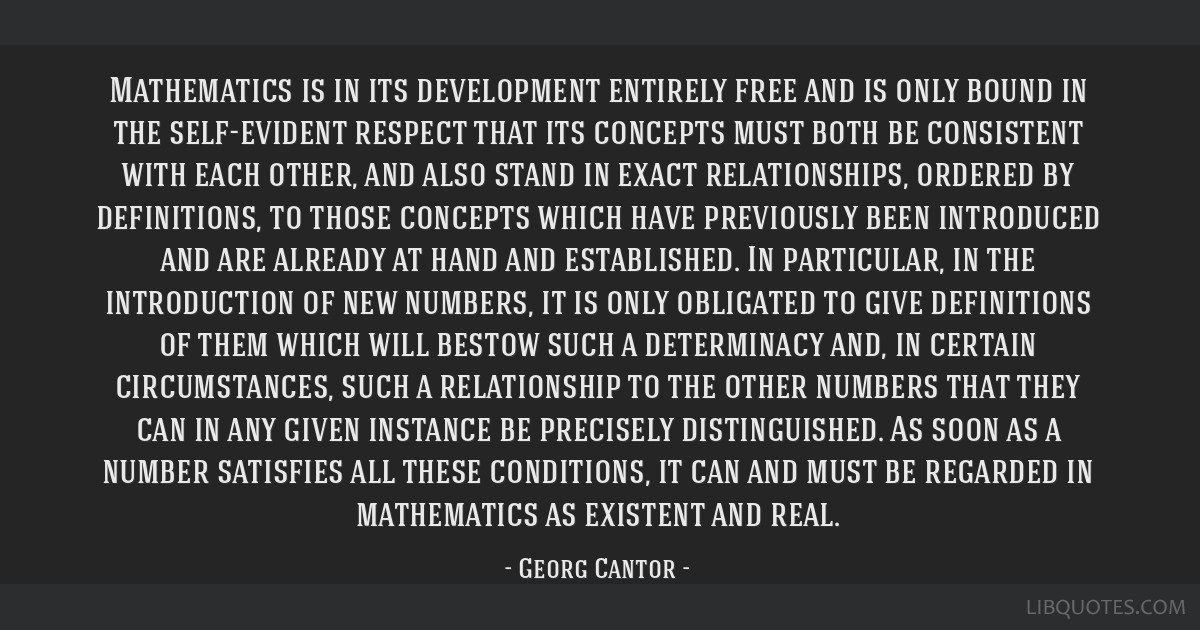 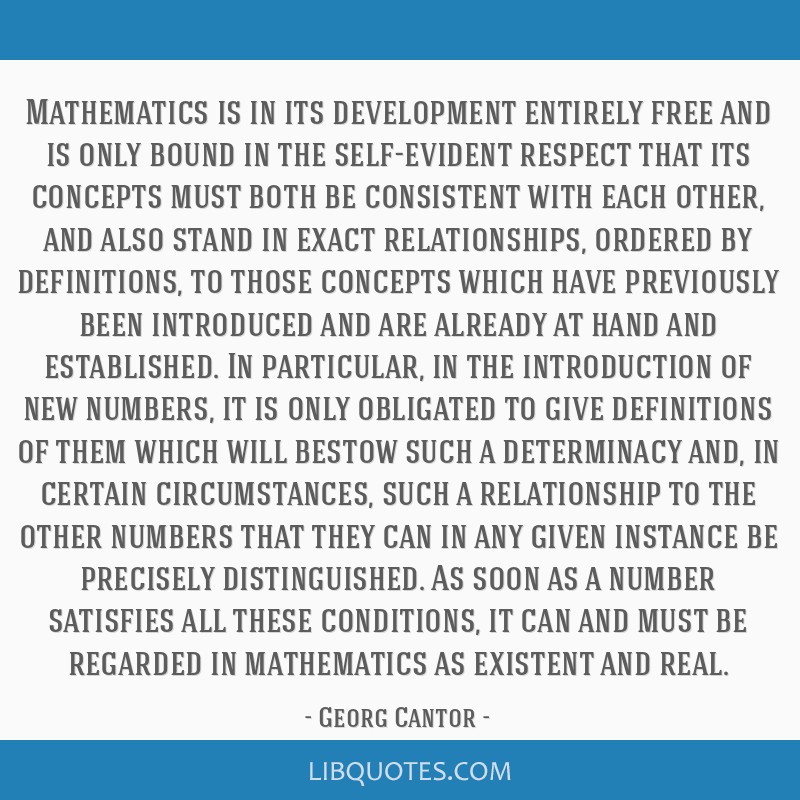 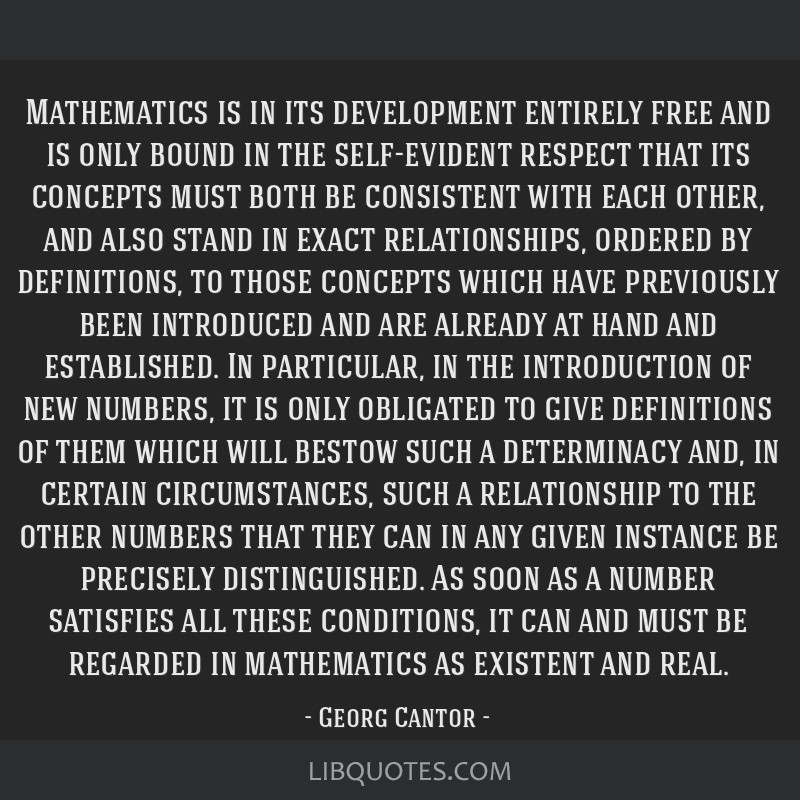 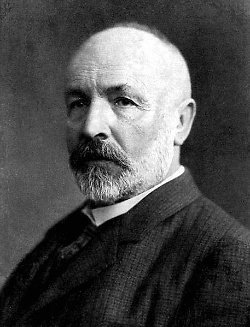