The conception that government should be guided by majority opinion makes sense only if that opinion is independent of government. The ideal of democracy rests on the belief that the view which will direct government emerges from an independent and spontaneous process. It requires, therefore, the existence of a large sphere independent of majority control in which the opinions of the individuals are formed. 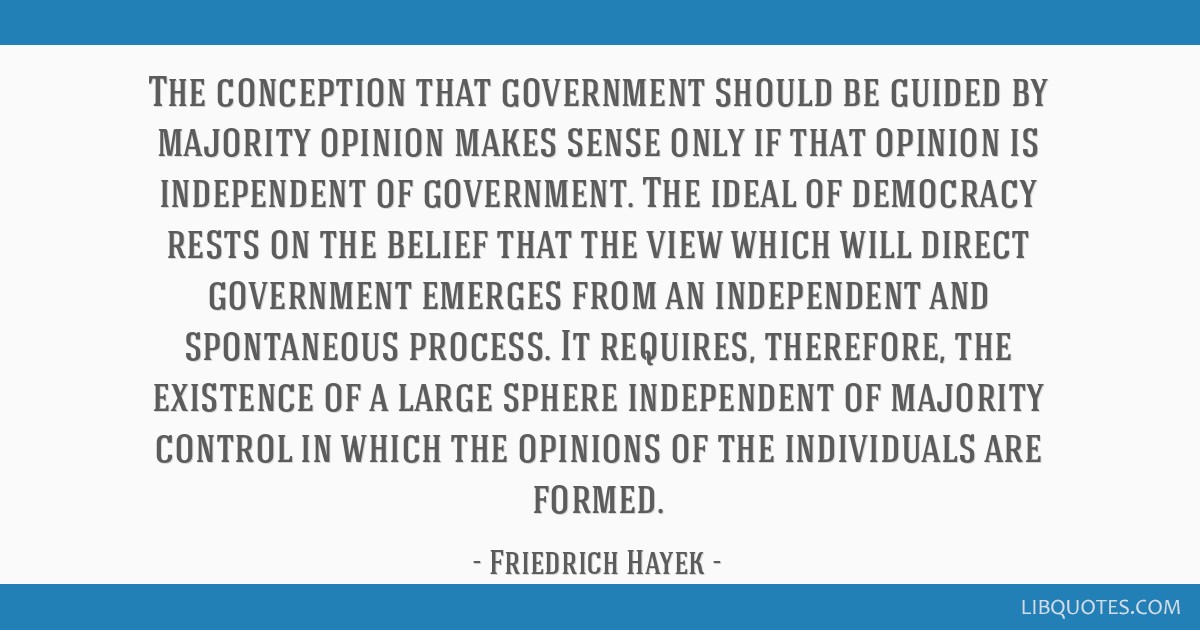 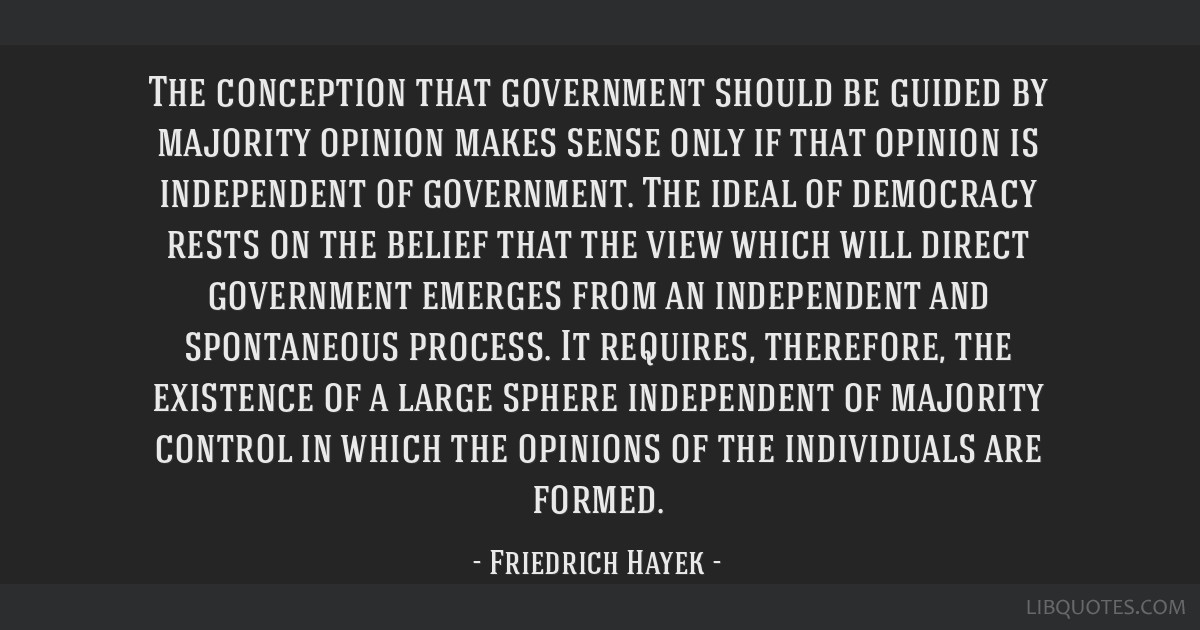 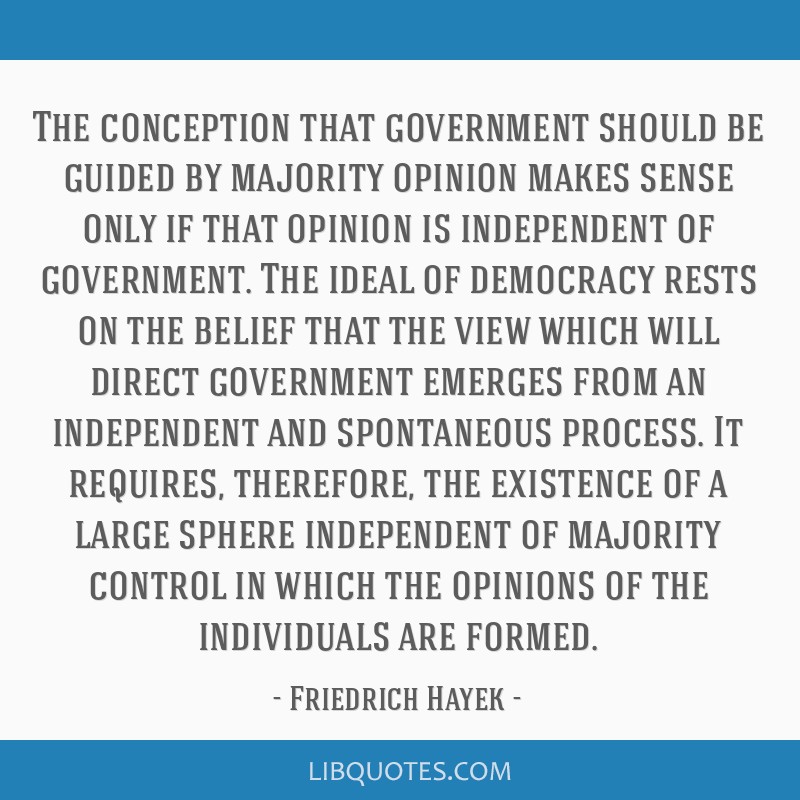 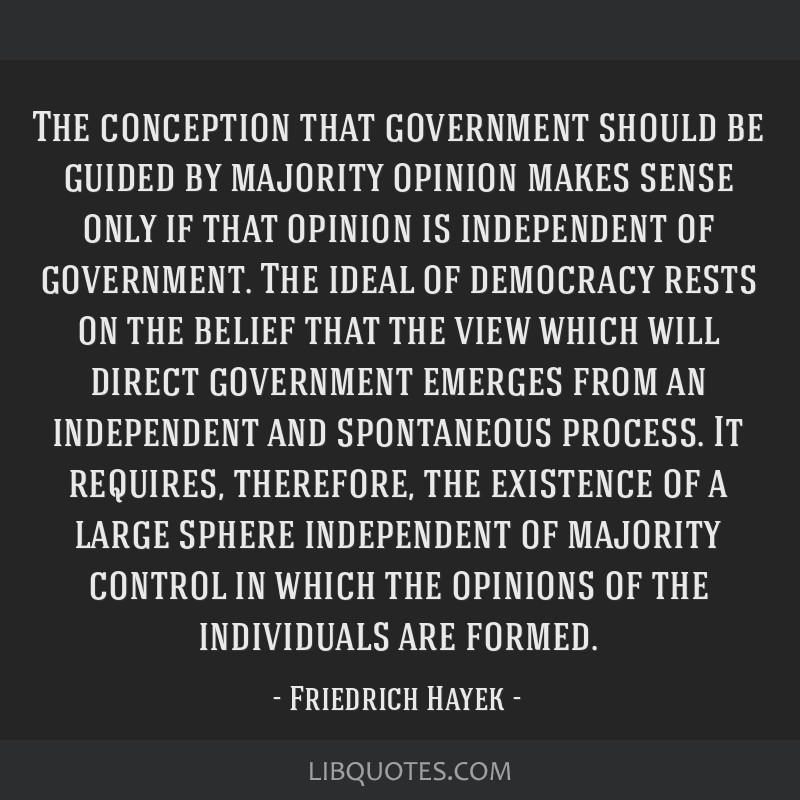