Over the years, I have become convinced that Hellenism as a culture represents not a static condition of uniform sublimity mysteriously achieved and maintained as an effect of some racial advantage. Rather it should be understood as an evolving process, governed by a dynamic of change, as both language and thought underwent transformational alteration caused by a transition from orality to literacy. The instrument of change is discerned to be the invention of the Greek alphabet, at a quite late stage in the history of developing cultures. 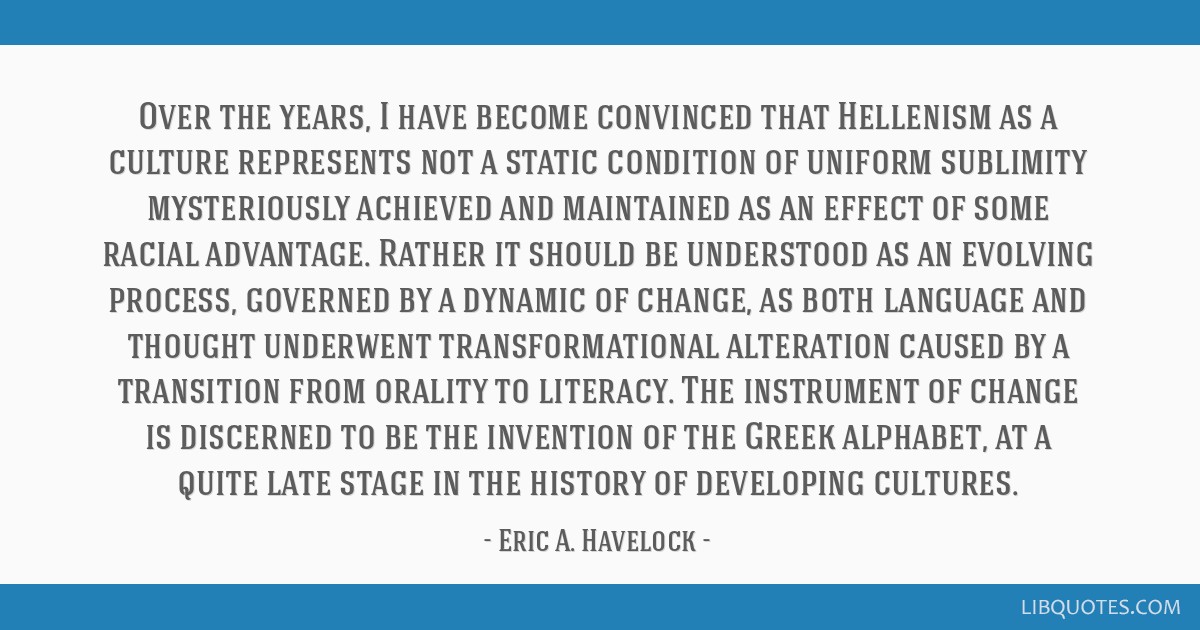 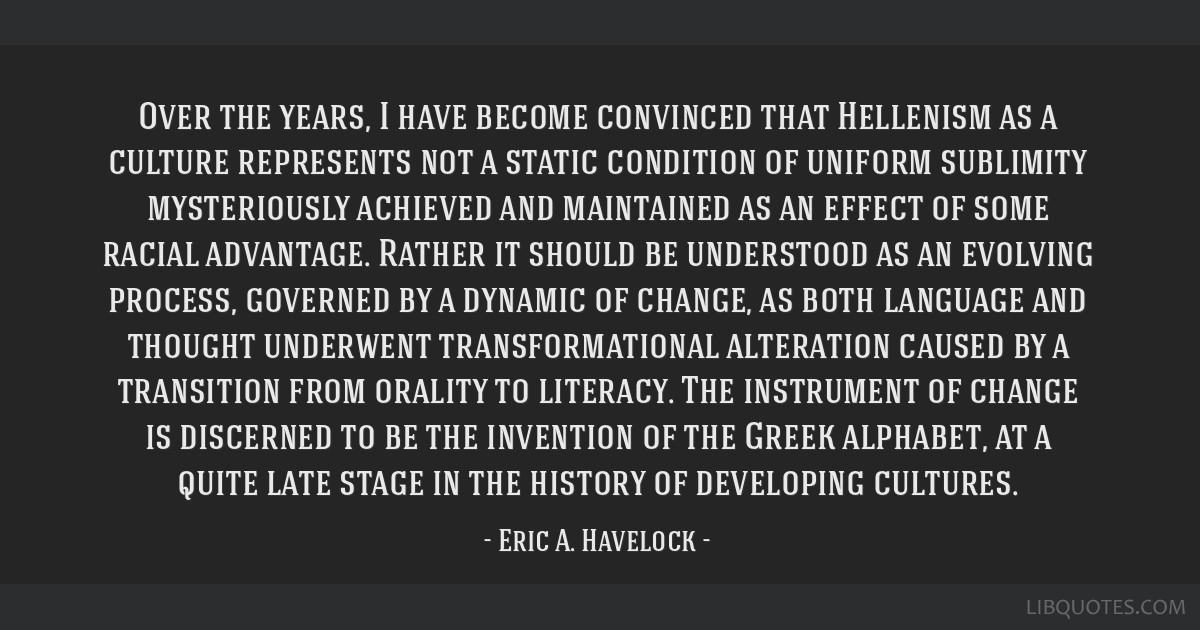 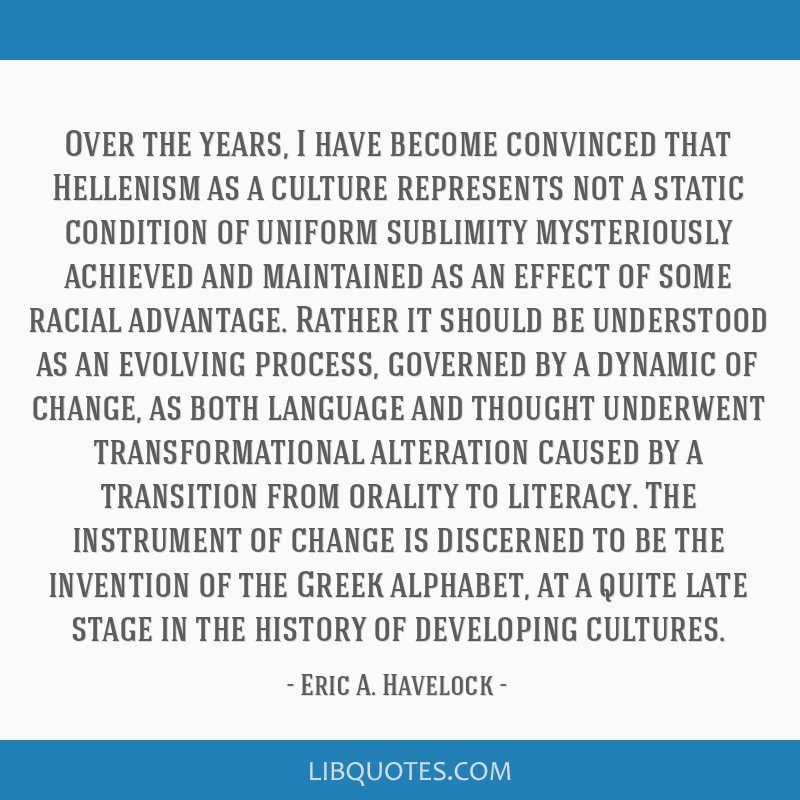 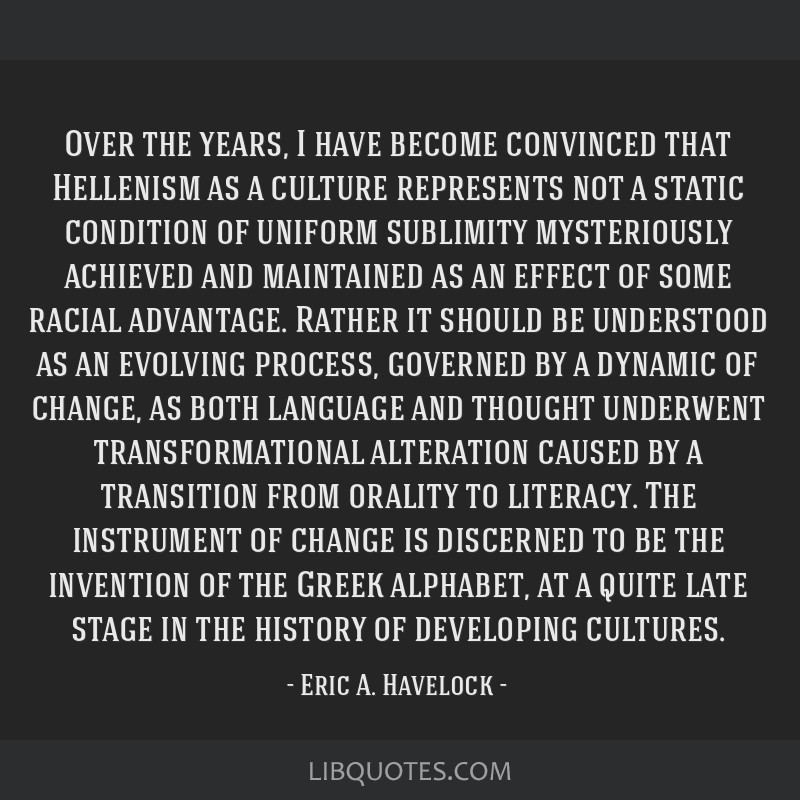